Ryan Finn and Jzerro, his 36-ft proa, left New York on January 12 bound for San Francisco on their second attempt at a solo record for the Gold Route.

Finn had to abandon his first try in 2021 when Jzerro started to delaminate while bouncing around entering the Gulf Stream off Maryland. The Gold Route started when shipping from the East Coast to San Francisco heated up during the Gold Rush in the 1850s. Most of the record runs were done on fully crewed boats. Only two so far have attempted a solo journey, Philippe Monnet in 1989 on a Shuttleworth-designed trimaran, and Ryan Finn. Monnet’s was not nonstop because he hit ice, yet he still managed to complete the journey in 81 days. Ryan is trying to make it in 70 days. Now he’s in the middle of the Atlantic heading toward Cape Horn as quickly as possible.

Earlier in the trip, Ryan remarked, “Jzerro is lighter than I’ve ever had her for an offshore trip. I’ve ticked off three boxes so far: Leave Sheepshead Bay in one piece, cross the Gulf Stream, and get past Bermuda before another front arrives.” But now his progress is slowing as the wind shuts down. “Light wind throughout the morning then building after lunch.” And they’ll have an upwind battle on the way south. “I will essentially have wind forward of the beam for the next 1,000-plus miles. I’d love to ease the sheets, but that may have to wait until Brazil.” Taking on one of world’s hardest routes was more than a challenge for even big-crewed boats. Trying it solo on a small craft takes it to another level.

You can keep up with Ryan and Jzerro on their Facebook page at www.facebook.com/2oceans1rock and follow the tracker here.

This week’s Good Jibes features Pam Healy — president of the St. Francis Sailing Foundation, advisor to the US Olympic Development Committee, and bronze medal winner at the 1992 Summer Olympics in Barcelona. In this episode, host Moe Roddy chats with Pam Healy about sharing world-class sailing knowledge with fellow women sailors.

Hear how to teach other women how to sail and be a calming presence on the water, what it’s like to compete for your country in the Olympics, how to get a foundation as a sailor, and about pulling off a “frying pan” in a race. This episode covers everything from racing in the Olympics to teaching sailing. Here’s a small sample of what you will hear in this episode:

And listen to the episode on Apple Podcasts, Spotify, Google Podcasts, and your other favorite podcast spots — follow and leave a 5-star review if you’re feeling the Good Jibes! 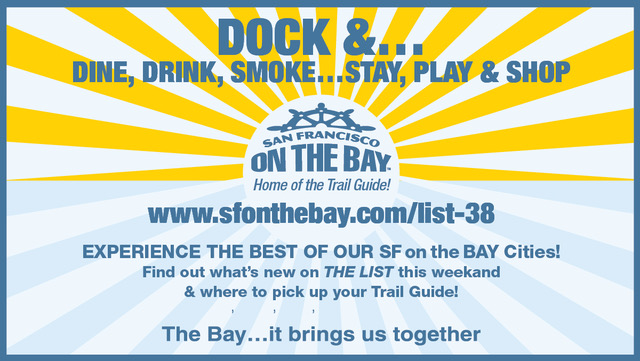 Here at Latitude 38 we’re often referred to as a resource for information about historic or obscure sailboats. What that means is that we put the question out to you, our readers, and essentially ‘crowdsource’ an answer. Most of the time readers send us their question or boat photo. But in this instance we’re sharing a post from another great magazine, Good Old Boat.

The query involves a photo captured by Diane Beeston (1929 – 2017). Beeston had studied photography at UC Berkeley, and in the early ’60s started her own yachting photography business on San Francisco Bay. Her talent and skills led to her becoming the Bay’s premier yachting photographer. Many of her images appeared in earlier editions of Latitude 38.

Beeston’s photo, posted by Good Old Boat on their Instagram page, is of a sailboat on San Francisco Bay in 1966. The shared post includes the name of one of the crew aboard — Hal (Harold) Nachtreib, who was a member of the San Francisco Yacht Club. The crew at Good Old Boat are using the same methods we do to find information: Ask the readers!

If you know anything about this boat — name, make, model, owner, crew … or any other interesting bits of history, drop your thoughts into the comments below.

The skippers’ meeting for the Three Bridge Fiasco will be held via Zoom tonight at 7:30 p.m. “Since 1984 the Three Bridge Fiasco has given a rewarding challenge and experience to many sailors,” writes the Singlehanded Sailing Society. “Join us at the skippers’ meeting and hear from Ants Uiga, the race chair who gave birth to it.” To get the Zoom invitation, sign up for the race on Jibeset. If you’re a doublehander, be sure to share it with your crew! As of this morning, 280 boats had signed up. Today is the last day to register for the pursuit race, a true head-scratcher. Which way will you go?

The current will be flooding in the morning, with boats fighting the incoming tide to get to the starting line at Golden Gate Yacht Club, then a huge ebb will dominate the bulk of the day. Will there be enough wind to avoid getting swept out the Gate? (You can link to various weather forecasts here.) And how are your anchoring skills?

While the Three Bridge Fiasco is by far the most popular race put on by the SSS, it also kicks off a series of shorthanded inshore and offshore events that doesn’t end until the Vallejo 1-2 in mid-October.

We’ll see you out there, and we’ll cover the TBF in the March issue of Latitude 38.

Updates from the YRA

The Yacht Racing Association has announced that they’ve opened registration for their inaugural Blue Water Bash, a 150-mile-long distance ocean race. They’re dedicating this first edition to the Bay Area’s own Jocelyn Nash, a pioneer in women’s sailing. The race will start off the San Francisco Cityfront on Friday, May 6, and will take boats out to a specific longitude before they turn and head back to the Cityfront. This race is an excellent opportunity for Pacific Cup competitors to get their qualifying sail checked off their to-do list before this year’s race to Hawaii. The Notice of Race is posted at Jibeset.net.

T-shirts commemorating the inaugural race, in Jocelyn Nash’s memory, will be available soon, with 100% of the proceeds from T-shirt sales going to a favorite charity of Jocelyn’s. 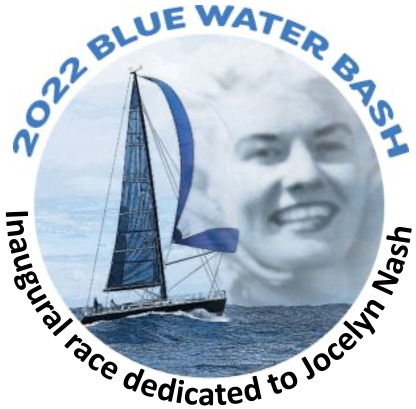 The YRA also reminds us of the dates for the 2022 Great Vallejo Race: April 30-May 1. “After having to cancel the 2020 Great Vallejo Race, and having to scale back and move the 2021 race to late summer, we are so excited to see this Bay Area tradition return to its regular spot in the calendar,” writes the YRA. “We expect this year’s race, the 122nd running of the GVR, to have record numbers of entries.” Vallejo YC puts on a fun party on the Saturday night of the regatta. Registration will open on February 1.

We’ll have info on races coming in February in a ‘Lectronic Latitude post next week. Also be sure to check out the 2022 Northern California Sailing Calendar & YRA Schedule, and the monthly Calendar in Latitude 38.

SHARE ON Tweet Share Email Linkedln
1 Comment
Receive emails when 'Lectronic Latitude is updated. SUBSCRIBE
'Lectronic Latitude: Monday, Jan 24
THE BREEZELESS BAY
Sunday at the San Francisco Bay Waterpark
The lack of wind does hamper the ability to sail but it doesn't reduce the allure of an escape to the Bay.
Crossing Oceans for Adventure
Sailing from Australia to Sausalito Aboard Andiamo
The initial plan was to ship 'Andiamo' back to the Bay on a freighter, but when a longtime friend convinced Paul to sail back, the adventures began.
Sponsored Post
Westwind Yacht Management — Washing, Waxing and Varnishing
Westwind Yacht Management: Professional yacht care, with personal service.
Join the Party in SoCal
Santa Barbara Yacht Club Celebrates 150 Years
According to the 'Lloyd's Register of American Yachts,' the Santa Barbara Yacht Club was formed in 1872, and is the second-oldest yacht club on the Pacific Coast.
DIY Boat Repairs
The Resourceful Sailor: A Traveler’s Story
What do you do when your aging sailboat hardware needs rebuilding or replacing? What if the manufacturers no longer make it or its components, or they no longer exist themselves?
Sponsored Post
Latitude 38 Delivery Driver Wanted
The perfect sailor's job: 29 days off every month! This is a one-day-per-month position to deliver 'Latitude 38' magazines to our Bay Area distributors.
More 'Lectronics »
Report Listing