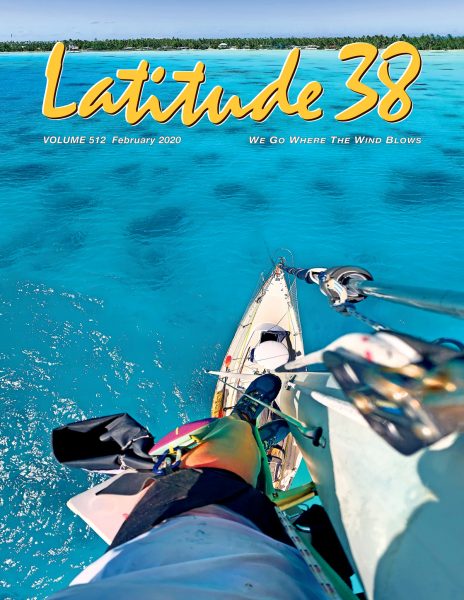 Read Inside »
Download Magazine (PDF)Find a Magazine Distributor!
Receive emails when 'Lectronic Latitude is updated. SUBSCRIBE
'Lectronic Latitude: Wednesday, Feb 26
Race Around 11 Islands
RORC Caribbean 600 Underway
A race that has surged to international prominence in just over a decade, RORC’s Caribbean 600 is now one of the most popular events on the Caribbean circuit.
A Few Spots Still Left on ‘Esprit’ for a Ride to the Spring Crew Party
After speaking with Mitchell Andrus of the Berkeley-based Kelly Peterson 46 Esprit yesterday, we were informed that there are a few spots left for a ride to next week’s Spring Crew Party at Golden Gate Yacht Club.
Sponsored Post
KKMI Looking for Sausalito Office Administrator
This position focuses on day-to-day customer communication, scheduling, invoicing, data entry, account receivables and general office admin projects.
Preview of Sydney Event
SailGP Launches Season 2 This Week
For the past week, SailGP teams have been training in Sydney Harbour in anticipation of the first regatta of 2020 on February 28-29. Teams from Denmark, France, Great Britain, Japan, Spain and the USA take on champions Australia.
Jump the Puddle
Lessons Learned by 2019 Puddle Jump First-Timers, Part 2: Breakages
After doing the Pacific Puddle Jump last year, Elana Connor wanted to share what she — and other first-time jumpers — had learned in 2019 while sailing across the remote and dreamy South Pacific.
Sponsored Post
Workaholics Adrift by Judy McCandless
Workaholics Adrift is a travel memoir that follows a corporate workaholic who discovers her humanity via extended travel.
More 'Lectronics »
Thursday, March 5, 6 p.m., at the Golden Gate Yacht Club

A great way to get involved in sailing, cruising or racing.

Latitude 38's Spring Crew List Party is where people meet to look for potential crew, or to crew. 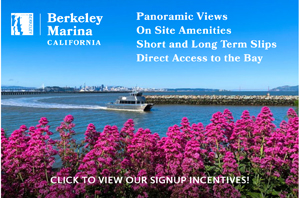 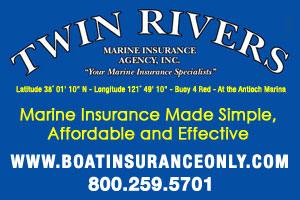 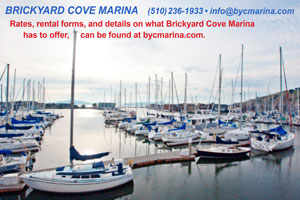 60
Before westbound voyagers can enjoy cruising these waters, they must cross 3,000 miles or more of open ocean nonstop — an ambitious, 20- to 30-day passage dubbed the Pacific Puddle Jump.

64
For the past three years, the city of Sausalito has been working on a new general plan, or a discussion and ultimate vision for how the municipality will evolve into the future.

America’s Cup 36 on the Horizon

70
Less than a year from now, America's Cup race fans will converge on Auckland, New Zealand, to marvel at the spectacle of AC75 foiling monohulls racing around Hauraki Gulf competing for the Prada Cup Challenger Selection Series followed by the 36th America's Cup Match.

74
When we sailed into New Zealand after an 18-day leg from the Cook Islands, I felt like all of us — my Sabre 34 Windfola, dog Zia, and I — were in need of some serious rest and recuperation.

Max Ebb: Ripping Through The Strait

78
If you follow one wave in a group of deep-water waves, it will migrate from the back of the group to the front, and fade out. 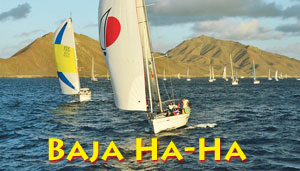 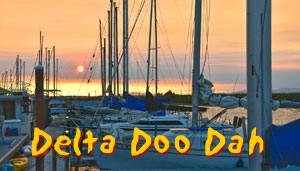 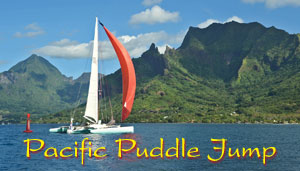 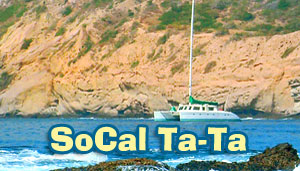