In the current, May issue of Latitude 38, we shared a story about Captain Donald Lawson and his plans for the recently acquired ORMA 60 trimaran Mighty Merloe, which Lawson is, in turn, renaming Defiant. Lawson’s goal (among other record-setting goals) is to become the first African American to sail solo and nonstop around the world. In conjunction with his plan, Lawson has created a foundation, Dark Seas Project, and serves as the current chairman for US Sailing’s Diversity, Equity and Inclusion (DEI) Committee.

As we write, Lawson is sailing Mighty Merloe from Newport to San Francisco, and will be at the Corinthian Yacht Club on Wednesday, May 25, at 7 p.m. to talk about his mission to set singlehanded records, DEI opportunities in the maritime industry, and the environmental benefits of clean energy systems.

Lawson’s visit to San Francisco is part of a West Coast speaking tour during which he will visit sailing centers, yacht clubs and schools to talk about DEI opportunities in the maritime industry, as well as the environmental benefits of clean energy systems. “No system out there is perfect, but the goal is to try and do things in the cleanest and safest way possible while still achieving your goals. That is why we are focused on developing systems that will allow us to prove you can be successful while also being smart,” Capt. Lawson said.

Mighty Merloe (previously named Groupama 2) was acquired from the sailing team owned by Howard Enloe. Known at one point as “the fastest ORMA 60 of all time,” the trimaran already holds several sailing records, including the Transpac Yacht Race — 4 days, 7 hrs, 3 mins and 30 seconds. “We feel blessed and fortunate that Mr. Enloe and his team had built this boat up to where she is now. Even when she was winning races for Franck Cammas as Groupama 2, she wasn’t this fast!” Lawson noted.

As they continue their West Coast tour in the coming weeks, Lawson and the Dark Seas Project team will head to Seattle, stopping along the way for talks and boat tours, and to introduce youth to the opportunities available in sailing. Although Lawson is known for his work to help diversify sailing, he believes he can do more. “When I started, I didn’t have a role model in the sport who looked like me. I hope that through my work, we won’t have the next generation go through the same. I want to leave the sport better than I found it.”

The perception of sailing as a “white man’s sport” certainly rang true for Lawson — he didn’t see himself represented in the sailing community, despite growing up in a predominantly Black city. But that didn’t stop him from forging his own path forward. “When I started off, I was the only African American I saw, but my passion, love and drive made me forget about issues or people who didn’t want me there,” Lawson told US Sailing. “I didn’t care — I was going to do what I love to do.”

If you are located on the West Coast and would like Captain Lawson to visit your center, please contact him here: [email protected]. But first make sure you have space for his boat. Defiant (Mighty Merloe) is 60-ft LOA, with 58-ft beam and 5-ft draft with the board up (15-ft 9-in with board down) and has a 100-ft spar.

You can follow Captain Donald Lawson and his program at: facebook.com/captaindonaldlawson and instagram.com/captdlawson/.

Ultimate Sailing’s Sharon Green is the subject of Fresh to Frightening: The Sharon Green Story, currently showing on the North American film festival circuit. Known for her spectacular photographs, often taken while leaning out of a helicopter, Sharon caught the attention of the film’s director, Gareth Kelly, who, after meeting her at his local yacht club some years ago, realized she was the photographer whose stunning sailing images he’d been admiring in magazines for years.

“This woman is incredible!” Kelly thought after writing a short profile piece about her in the local paper.

Fresh to Frightening had its world premiere screening recently at this year’s Santa Barbara International Film Festival(SBIFF) and at the Peoples Premiere at The Press Room, both of which were sold out. The film has been selected for ten festivals to date, and has won two awards, with notifications from over 60 festivals around the world still to come.

You can read about Sharon Green’s photographic journey in the January 2021 issue of Latitude 38. And for a sneak preview of her film, watch the trailer below.

Fresh to Frightening will be available to the wider public after it has been shown at the festivals, possibly as late as next year. In the meantime, if you would like to host a private screening of the film with the filmmakers at your yacht club or event, you can contact the film’s director, Gareth Kelly, at www.freshtofrightening.com. 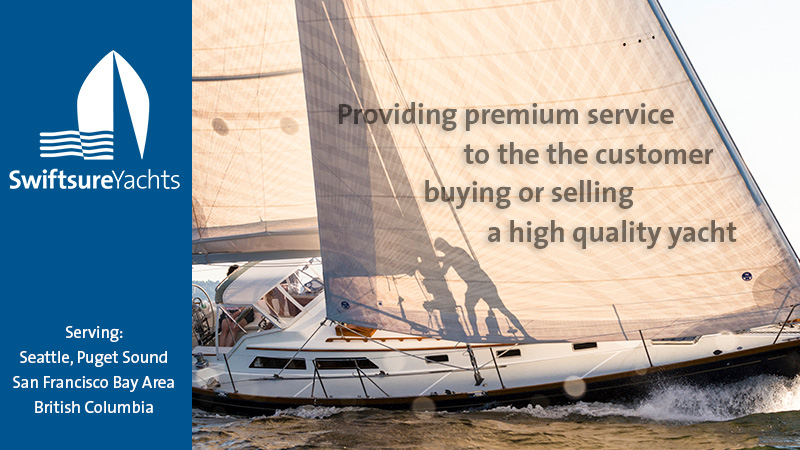 We love to share news of readers finding a Golden Ticket in their copy of Latitude 38, but we’re pretty sure that this is the first time we’ve heard from a “young” reader (and we’re talking under 10) who reads the magazine regularly enough to find a ticket; he takes the title of “Littlest Winner.”

Ronan Storesund from Kensington, CA, has been avidly reading (OK, maybe looking at the pictures) in Latitude 38 since he was about 6 years old. He is now 8 years old.

His first sail was as 10-day-old baby when he joined the crew on Gary Troxel’s Tiki Blue for Richmond Yacht Club’s Great Pumpkin Regatta in 2013.

Since then, along with his mom and dad, Anna and Rune, and his sister Marina, he has been a crew member aboard the family’s C&C 35, Mesmerize, which they regularly cruise and race on San Francisco Bay.

His favorite boating spot on the Bay is Angel Island’s Ayala Cove, followed very closely by Potato Slough in the Delta.

And if the photo below is an indication, it looks as if Ronan will be able to help keep his family fed on future sails together.

Ronan picked up his copy of the May issue at the Richmond Yacht Club, and has requested a Latitude 38 hat as his Golden Ticket prize. We’ve been promised a photo of him wearing it when it arrives!

The Polynesian Voyaging Society engages student navigators in storm training and the ancient science of non-instrument, wayfinding navigation, while sailing through the ʻAlenuihāhā Channel between the islands of Maui and Hawaii, in preparation for crossing the Pacific Ocean. The project will galvanize action on climate change and inspire ocean protection.

You can learn about all the 11th Hour grantees here. 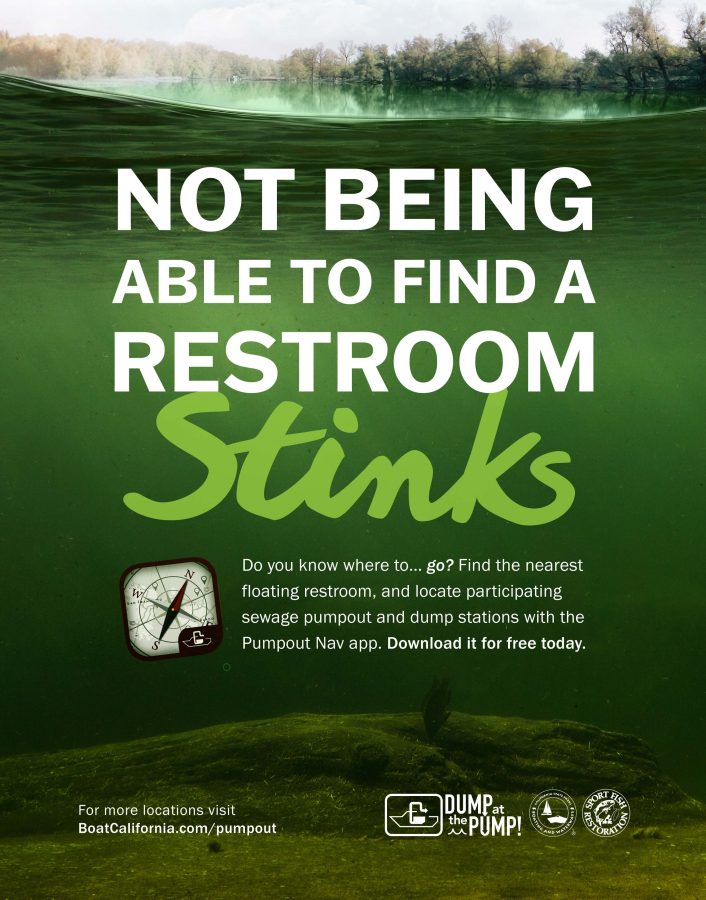 SHARE ON Tweet Share Email Linkedln
Receive emails when 'Lectronic Latitude is updated. SUBSCRIBE
'Lectronic Latitude: Wednesday, May 18
Why Beer Can Racing?
Evidence on the Friday Night Buoy Tour
When you sign up you increase your odds of participating in life. This simple act of signing up for evening beer can racing will change your life for the better.
The Sounds of Sailing
It’s Time for Good Jibes With Marissa and Chris Neely
Marissa and Chris have been crewing together since they were 15, and have made 'Avocet' their home since 2018.
Sponsored Post
Defender NavPods: Built to Last
Their unique watertight seal and quality workmanship will ensure reliability and longevity of your marine electronics.
When Watching Whales Becomes Personal
Breaching Humpback Whale Lands on Boat
Four whale watchers got the shock of their lives on Saturday in Sinaloa, Mexico, when a breaching humpback whale landed on their boat.
Will Sailboats be Next?
Hydrogen Fuel Cells Coming to San Francisco Bay With Hornblower
Clean energy development continues its leaps forward with San Francisco Bay-based Hornblower Cruises landing a grant to develop the technology on the Bay.
Sponsored Post
Westwind Yacht Management — Washing, Waxing and Varnishing
Westwind Yacht Management: Professional yacht care, with personal service.
More 'Lectronics »
Report Listing