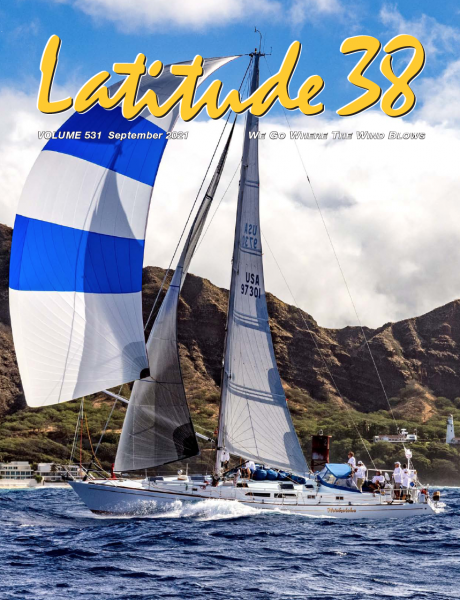 After the cancellation of basically everything in 2020 and a lot of races in 2021, a wave of uncertainty surrounded the race. Uncertainty that understandably weeded out a lot of the crowd. The fleet size in this Transpac may have been much smaller than usual, at just 41 boats, due to COVID.

The future is here and now — and we're looking at who is doing the 2021 Baja Ha-Ha. As of this writing, 172 boats are signed up to participate. The vast majority come from California, but many are from Alaska, Washington and Oregon. Others are sailing north from Mexico just to sail south again with the Ha-Ha fleet.

68Bay Area Sailors In The Fastnet

Every journey starts somewhere: The seed for a circumnavigation was planted for Barbara Euser when she read Joshua Slocum's Sailing Alone Around the World as a teenager; Kelly Gregory thinks she was born with the desire; and crossing the Pacific was on the top of Cristina Aggazzotti's long list of goals.

I go to the Crew List Party every September because of the venue: Two years ago it was Spaulding Boat Works, this year it's at the Bay Model, which will be switched on for observation.

This edition we start big with the YRA Encinal Regatta and the Estuary Extravaganza. Then we downsize to the Santana 22 Nationals, the Gracie & George, the Women's Match Racing Championship, J/70 Worlds and Pre-Worlds, and the Cal 20 Nationals.

Subscribe to Latitude38 and have the print magazine delivered direct to your doorstep. Get a new subscription, Renew an existing subscription, buy a gift subscription, or order a single issue all online.

Get a Subscription
Have you Moved?

View All Back Issues »

Pick up A Copy

Want to be a distributor? 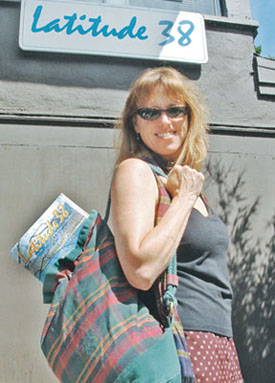 Join the sisterhood of the travelling Magazines (Brothers Welcome too!)

If you’re planning to fly out to meet friends in Mexico, the Caribbean or the South Pacific, why not stop by the Latitude 38 office before you leave and pick up a bundle of magazines to share with cruisers?
We promise you’ll be a hero - and you’ll probably earn a few beers for your efforts.