The Richmond Yacht Club is celebrating its 90th anniversary this year, and its members have been celebrating with a 90th Birthday Regatta and a walk down memory lane. The latter was brought to our attention when we received an email containing the following news clip that had been discovered by RYC club member John Dukat.

The Richmond Yacht Club was founded in August 1932, when twelve men gathered in a tin shed on the Richmond Inner Harbor with a goal to build a clubhouse where they could “gather, share tall tales and store their skiffs.” They began by sponsoring the Snipe class and becoming one of the original six members of the Yacht Racing Association.

Eight years later, in fall 1940, while searching for a boat that would serve as both a dinghy to get to their moored boats and as a sailing skiff, the members came across plans for an 8-ft dinghy, the Sabot, and decided to make some alterations to suit their purpose.

“They thought it had promise but needed some redesign: A daggerboard replaced the leeboards, a rudder replaced the steering oar, and a stick mast replaced the folding mast. With the approval of the Sabot publisher, this boat was now the El Toro, so named because ‘of all the bull thrown around’ during the redesign, and a shovel became the El Toro logo because a bull was too difficult to draw.”

World War II saw the clubhouse and harbor taken over and turned into a shipyard by the Maritime Commission in 1942. The club meetings were relocated to the basement of the Richmond City Hall. But with the goal of having a clubhouse that servicemen could come home to, a portable building was purchased and placed in the parking lot of Boats Inc., where many members already stored their boats.

By the early ’60s the club was searching for a permanent home, as short-term renting was unstable. At that point they secured their current location in Brickyard Cove.

RYC is home to two of the Bay Area’s well-known, annual regattas, the Big Daddy and the Great Pumpkin Regatta. During the winter they hold the Small Boat Midwinters, and over the years have hosted many major racing events such as the 2004 Etchells Worlds, the Laser Masters North Americans in 2012, 2018’s International 14 Worlds, and many more.

Last weekend the club held their 90th Birthday Regatta, which saw a variety of boats enjoying spectacular sailing on the Bay. Club member Cindy Lou Delmas took a bunch of great photos and shared them on the RYC Facebook page.

Congratulations to the Richmond Yacht Club on reaching 90 years!

It’s Caption Contest(!) time! This month we have a photo that, judging from the comments on the Columbia 5.5 Sailboats Facebook page, was taken in the Oakland-Alameda Estuary.

Remember to check out last month’s winner and next top-ten comments in the August issue of Latitude 38. 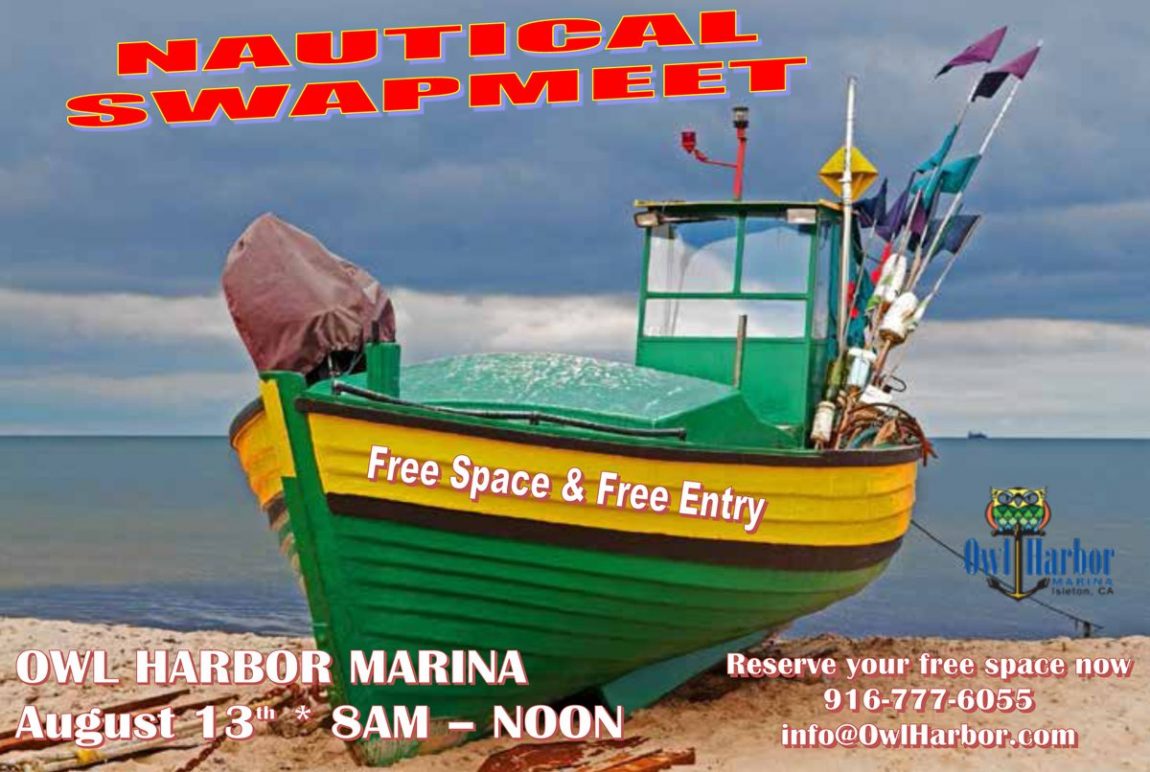 There are many good reasons to sail south with the Baja Ha-Ha, with one of the best being that when you’re all done, you’re in Mexico with loads of new friends. But that leaves out a few other great reasons, like the really cool lime-green Baja Ha-Ha burgee and the 2022 First Timer’s Guide to Mexico. In addition, you get free tickets for our Fall Crew List Party and Mexico Cruising Seminar to be held on Thursday, September 1, at Spaulding Marine Center.

The printed version of the First Timer’s Guide to Mexico is something you can keep in your chart table alongside the latest issue of Latitude 38. It can’t be hacked and you don’t have to search the coast of Mexico for a Wi-Fi signal or pay for Starlink to read it. Its undistracted content is available 24/7.

The latest three boats to sign up and receive their burgee and First Timer’s Guide in the mail are numbers 103 – 105. They are Steve and Susan Warner’s Catana Bali 4.1 Oz from Seattle, WA, Joe Heinzmann’s S&S Nautor Swan 55 Swan Fun from Concord, CA, and Dean Porter and Susan Porter’s Island Packet 35 Bseachamp from Portland, OR.

We recommend that those coming from the Pacific Northwest build some time into their schedule to cruise the Delta with the Delta Doo Dah as they sail south, and be in town for the Crew List party in Sausalito.

One other new benefit for 2022 is a fleet tracker, which means you can’t really “get away from it all” but will be able to share your adventure with more family and friends.

We look forward to seeing Baja Ha-Ha participants and everyone else on the Delta and in Sausalito in August and September.

Welcome to our 52nd episode of Good Jibes — at one per week, that equals an entire year of podcasts featuring sailors and their stories. This week, host John Arndt chats with Craig Leweck to catch up on all sorts of scuttlebutt in the sailing world and beyond.

Craig is the editor and publisher of Scuttlebutt Sailing News, a role he has held for over 20 years. His sailing résumé includes over 16 national and world titles, and even an Olympic campaign in 1992.

Hear the story behind Scuttlebutt Sailing News, how to find what interests you on and off the water, what to do when you retire, what’s good about sailing today, and how to make sailing events even more fun. This episode covers everything from racing to funny quotes. Here’s a small sample of what you will hear: 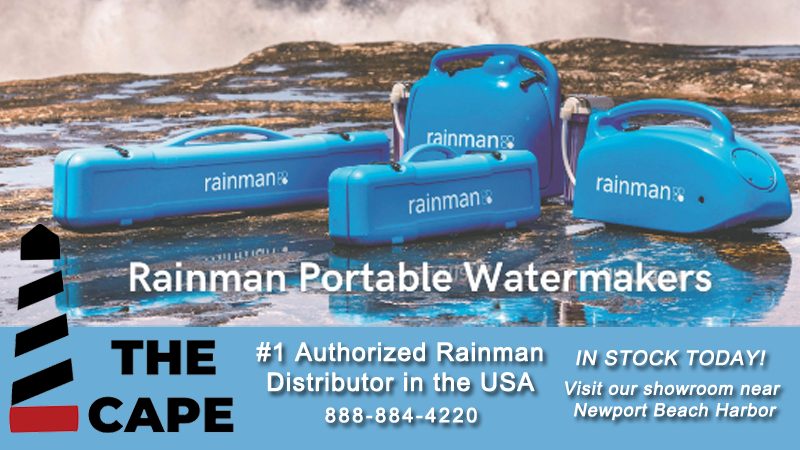 Rainman portable watermakers in stock at Cape Hatteras Marine. Visit our showroom near Newport Beach Harbor and ask about our Baja Haha specials. Call today at 888-884-4220 or visit our website.

SHARE ON Tweet Share Email Linkedln
Receive emails when 'Lectronic Latitude is updated. SUBSCRIBE
'Lectronic Latitude: Monday, Aug 8
Sailor Safely Arrives at Hospital
Pacific Cup Skipper Medevacked During Delivery to California
Andy Schwenk has been brought safely to land by a combination of Coast Guard, Air Force, commercial shipping and assistance from a fellow yacht.
Small Boats Win Big Races
The Santa Cruz 27 Renaissance and the King Harbor Race
New boat owners, new fleets, new events are all helping keep the Santa Cruz 27 at the top of her game.
Sponsored Post
Sign Up for the South Bay Championship
Don't miss the South Bay Championship and South of the Border Party, August 27-28.
A Question for the Nation
Are You Familiar with “R” Boats?
What's your recollection of R boats?
A Mission to Find Sailing Memorabilia
Searching for the America’s Cup, Down Under
On a recent trip to Australia we took a flight to the country's west coast in search of the coveted America's Cup.
Sponsored Post
Join Us for the Fall Crew List Party
The Latitude 38 Crew List Party is returning on Thursday, September 1st at Spaulding Marine Center.
More 'Lectronics »
Report Listing