Since the early days of global COVID restrictions, the Ocean Cruising Club (OCC) has been appealing to Australian (AUS) and New Zealand (NZ) authorities to secure safe harbors for cruisers during the South Pacific’s 2020/21 cyclone season.

OCC has been working with Sail South Pacific and the Marina Operators Association since April, in liaisons with NZ’s immigration and maritime agencies. A few weeks ago OCC wrote again to New Zealand’s health minister and to Prime Minister Jacinda Ardern. Despite OCC’s demonstrating the potential need for cruising yachts to take refuge in NZ, authorities have deferred to their “COVID-19 Public Health Response (Maritime Border) Order.” What this means is that future cyclones do not fall into the list of exemptions under which a vessel may be allowed to enter NZ.

According to OCC’s report, NZ’s director general for health advised that there are limited exceptions to the ruling that allow “cargo vessels to unload and load, fishing vessels to unload catch and resupply and Defence and State vessels to enter and depart.” The minister further stated that the department has authority to grant entry to vessels that have a “compelling need for the ship to arrive in New Zealand for reprovisioning or refueling, carrying out a refit, refurbishment or repair to a ship, or for humanitarian reasons.” The minister did add that they will still “determine whether there is a compelling reason for a ship to arrive in New Zealand for humanitarian reasons on a case-by-case basis, should a cyclone arise in any one location.”

In other words, cruisers are advised to seek shelter in other regions where they can be assured of refuge should the need arise.

Similarly, Australia has denied OCC’s request to grant cruisers access due to the country’s COVID-19 regulations. A letter from Australian Border Force advised that cruisers will not be granted entry based on potential future cyclones. Specific points included:

Australian Border Force did state, “Yachts may still apply for an exemption.”

Based on the information reported by OCC, cruisers need to make themselves aware of their options and make a refuge plan well ahead of the South Pacific’s approaching cyclone season.

Ocean Cruising Club advises that “crews with ongoing concerns can contact their embassy/consulate to seek their assistance.”

A bill aimed at reforming the Bay Conservation and Development Commission, or BCDC, is headed for Governor Gavin Newsom’s desk. Assembly Bill 2809 is being called a “first step” in reforming the BCDC, which has “consistently struggled to perform key responsibilities related to enforcement and has therefore allowed ongoing harm to the Bay,” according to a 2019 report by the Auditor of the State of California. Advocates for reform are urging Governor Newsom to sign the bill, and asking the general public to voice their support.

“This bill is an acknowledgment that people are watching the BCDC,” said Bob Wilson of the SF Bay Stewardship Alliance, a group that’s been working to reform the BCDC. “We expect that there will be some additional follow-up legislation. But they’ve been put on notice.” The SF Bay Stewardship Alliance said that AB 2809 had rare bipartisan sponsorship and was passed without opposition in August by both the California Assembly and the Senate.

In a letter addressed to Newsom, the Recreational Boaters of California, or RBOC, said, “[We urge] you to sign into law AB 2809 legislation that would provide fairness, transparency and accountability in the operation of San Francisco Bay Conservation and Development Commission.” The RBOC called AB 2809 a “critical next step that would enact needed procedural reforms to the operation of BCDC,” and outlined the following provisions that the BCDC would be required to implement by the end of the 2020-21 fiscal year:

A procedure to ensure managers perform a document review of staff decisions in enforcement cases; timelines for resolving enforcement cases (there is currently a backlog of 250 cases, “many of which are celebrating their 10th anniversary,” Wilson said); a penalty matrix for assessing fines and civil penalties; a method for assessing civil penalties in cases involving multiple violations; a requirement that by July 1, 2025, and every five years thereafter, BCDC review the certified local protection program for the Suisun Marsh to determine whether the program is being effectively implemented.

AB 2809 originally had a provision that would have prohibited the BCDC from using money from the Bay Fill Cleanup and Abatement Fund (BFCA) to pay for enforcement activities or enforcement staff salaries after June 30, 2021. Assemblymember Kevin Mullin, the primary author of the bill, said that the BCDC’s budget would not have been affected by this reallocation, but the BCDC staff believed that their enforcement program was at risk. The provision to separate BCDC enforcement funding from the BFCA was eventually dropped, according to Wilson, and the BCDC will continue to use money from the fund for the foreseeable future. 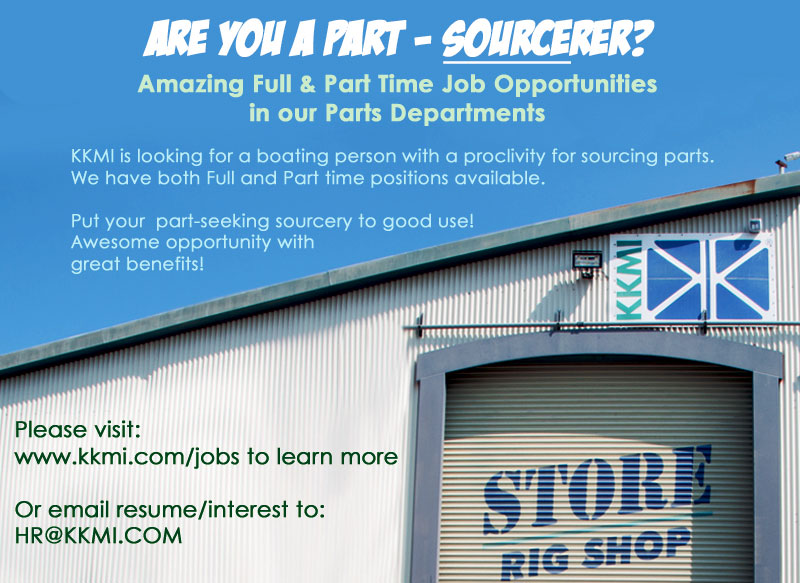 Put your part-seeking ‘sourcery’ to good use! Awesome opportunity with great benefits!

With normal summer and fall racing suspended due to the COVID-19 pandemic, the Corinthian Yacht Club stepped up with a successful Friday night series using strict guidelines for wearing masks or sailing with crew in a “social bubble.” That series ended in August. Playing it forward, CYC designed a new Fall Series using the same COVID safety guidelines. The six-race series began Saturday, September 19, and continues every other Saturday through November 28.

A healthy 46 boats signed on, with 32 boats sailing Race 1. The J/88 and J/70 divisions sail two short courses each on Saturday with multiple laps between Little Harding and a mark set a mile to windward. The three PHRF Divisions, the J/24, Cal 20 and Non-spinner Divisions sail one of 18 possible long courses. All but one of these long courses feature one or more roundings of a temporary mark set near Point Diablo and/or the Point Bonita #2 buoy. The long courses range in length from 12.2 miles to a whopping 26 miles.

Last Saturday saw southwest wind in the mid-teen range for the most part, with the expected lower-speed variable wind inside Raccoon Strait near the CYC clubhouse start/finish line. With the first start at 12:35, the noon 3.3-knot flood became a major factor in getting beyond Belvedere and into the countercurrent along the lower end of Richardson Bay. The fast-boat divisions went out to Point Diablo and back. The rest were assigned the single inside-the-Gate course available, a twice-around Yellow Bluff and a temporary mark set near Point Stuart with a final loop around Little Harding before the traditional Elephant Rock-to-finish leg. When the two one-design fleets joined in with their Little Harding/windward course it made for a busy race track.

San Francisco YC was also running their Women’s Edition Catch Me If You Can club race using both Yellow Bluff and Little Harding as marks, with a start/finish line set near the CYC Point Stuart temp. There were lots of inflatable marks to look for or avoid. The CYC and SFYC committees tied their combined Yellow Bluff marks together, forming an interesting object to search for against a group of small fishing boats in the area.

We recently bumped into Glenn Howell and crew Heather Annesley (whom we met at the fall 2019 Latitude Crew List Party [remember parties?]) and her Bengal cat, Ollie, aboard Glenn’s new Corsair 760 trimaran, Whoopee. The whole crew was prepping to head out the Gate in the San Francisco Bay Area Multihull Association‘s self-timed COVID Cup Challenge. You often see cruising cats and cats that cruise, but it’s rare to find a cat ready to take on the Bay aboard a high-performance tri. The sure-footed and regal Ollie looked ready for the task.

The COVID Cup Challenge is the brainchild of 2019 BAMA Cup winner Evan MacDonald, who can frequently be found sailing aboard his F-22 tri Greyhound. With most 2020 events canceled, Evan thought it would be good to inspire his fellow SFBAMA members to keep sailing, with some pre-determined, self-timed courses they could race or cruise on their own. Dave Wilhite, race chair for last weekend’s successful Doublehanded Farallones Race, sent over the basic instructions, which are explained this way: “The COVID Cup Challenge consists of four sailing courses that we challenge all members to complete before Halloween. The courses, which are all very doable in a day-sail, include a South Bay course, a Central Bay course, a course that gets boats outside the Golden Gate, and a North Bay course. The courses can be sailed at any time.” The idea is to simply get BAMA members on the water to enjoy their boats, perhaps explore a new part of the Bay, and also, if interested, to time their track with GPS.

For Glenn, Heather and Ollie, the COVID Cup has been an ideal challenge and inspiration to get Whoopee launched and sailing the Bay. We applaud Evan MacDonald and SFBAMA for making it happen.

P.S. While we’re not holding crew list parties, the Latitude 38 Crew List is online — active and helping connect cautious COVID-compliant sailors whenever possible for sailing on the Bay, or sailing over the horizon. You can add your name here. 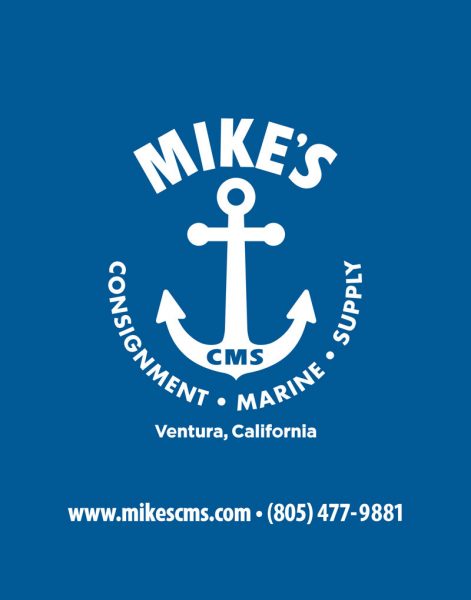 SHARE ON Tweet Share Email Linkedln
Leave a comment
Receive emails when 'Lectronic Latitude is updated. SUBSCRIBE
'Lectronic Latitude: Wednesday, Sep 23
Chubby Girl Prepares for the Pacific
Little Big Boat Heads West
Wil Spaul hopes to set a new record for the smallest boat ever to sail to Hawaii. He'll head west aboard the 9-ft 'Chubby Girl' on September 27.
Solo Circumnavigator Rescued Off West Coast
Solo Sailor in ICU After Suffering Stroke at Sea
On September 16, solo sailor Glenn Wakefield suffered a massive stroke 10 days into his third attempt at a westabout circumnavigation.
Sponsored Post
Learn to Design Yachts with Westlawn
Graduates of the Yacht & Boat Design course have gone on to become some of the most prominent designers in the marine industry.
Clean Boats Are Happy Boats
Where There’s Fire There’s Smoke
We've talked to dock neighbors who have scrubbed hard and not been able to get the soot completely off their boat.
Solo Offshore Yacht Race
That’s a Wrap for the 51st La Solitaire du Figaro
The 51st edition of La Solitaire du Figaro has come to a close with current Vendée Globe champion Armel Le Cléac’h claiming overall victory.
More 'Lectronics »
Report Listing