Many Latitude 38 readers have cruised the Virgin Islands, chartered in the Abaco Islands, or sailed up the East Coast via the Intracoastal Waterway. All these typically alluring destinations have been or will be in the path of still-churning Hurricane Dorian, which just made landfall at Cape Hatteras, North Carolina as a Category 1 storm. Hurricanes build up their power traveling over warm water and exactly the kinds of places sailors like to frequent. The most devastating landfall was in the beautiful Abacos, where once-idyllic destinations like Hope Town were devastated by  steady 185 mile-per-hour winds.

As of this writing, at least 30 people in the Bahamas have died, along with four people in the southeastern US, according the the New York Times.

Latitude editor-at-large Andy Turpin actually wrote in from the midst of Hurricane Dorian in the Virgin Islands noting that, “Two years ago, on September 7, it was Category 5 Hurricane Irma roaring through the islands with a ravenous appetite for destruction, leaving countless homes in ruins, and hundreds of boats damaged or sunk. As the eye passed directly over Virgin Gorda, sustained winds were clocked at 185 mph, with gusts recorded well above 200. Locals there say not a single leaf was left on any bush or tree [satellite images showed the once-lush islands blasted brown and barren]. The neighboring American island of St. John was also devastated by Irma, then nine days later Hurricane Maria — also a Category 5 — followed a similar track through the archipelago, but focused the worst of its destructive power on Puerto Rico, with catastrophic results.”

Andy will bring us an update on the recovery in the Virgin Islands in Monday’s ‘Lectronic.

Now it’s Dorian leaving a similar trail of destruction in its wake. Yesterday and last night, the storm traveled northeast just off the coasts of South and North Carolina with less force than when it passed over Abaco, but still plenty of storm surge, rain and winds to wreak havoc. Charter companies Moorings, Sunsail and Dream Yachts all appear to have been able to move boats and charter guests out of the storm’s track but, of course, many of their employees live there and may not have had that option, or were forced to stay and protect their homes.

Right now, the Bahamas have suffered the worst from Dorian, and are in need of short-term relief efforts. The population, government and relief agencies are now assessing the damage and trying to manage with the completely disrupted infrastructure. We’re sure they’ll appreciate anyone’s help and, as we know from Irma and Maria, the waters, reefs and bays will recover faster than the land facilities. That will create opportunities for self-sufficient sailors to bring what they can. Until then, we urge sailors to offer whatever help you can to the people attempting to recover from the wrath of Dorian. (The Red Cross has a site here.)

Remembering the pictures of the Bitter End Yacht Club in the BVI obliterated by Irma, we know that rebuilding comes slowly, but surely. Like the lighthouse in the aptly named Hope Town, the islands will return to their former glory. In the meantime, there’s a long, slow recovery ahead.

Addendum: The American Sailing Association sent out an email with a couple of suggested charities which we want to pass along.

Donations can go to the Bahama Red Cross and the Hope Town Fire & Rescue. Someday they’ll need your business to return but there are much more immediate needs right now.

“Checking Weather to see if Friday afternoon is possible,” Jeanne Socrates wrote on her blog about the possible finish to her now 338-day circumnavigation. The 77-year-old Englishwoman — who’s  attempting to become the oldest person to sail alone, unassisted and nonstop around the world — has been hovering off the windless coast of Vancouver Island for several days now. Seventy-nine miles to go,” Socrates wrote on Wednesday. “Had to abandon Thursday’s attempted landfall, but possibility that Friday might have useful NW wind?”

It is a coast-to-a-stop finish to what has been a long, grueling lap of the world. We are champing at the bit, but Socrates seems infinitely patient as she essentially drifts with the tide off the Strait of Juan de Fuca between the US and Canada. On Wednesday, Socrates wrote, “10:30 p.m., [speed over ground] down to around 0.5kt — we’re making way through water fairly well, but ebb tide is effectively slowing us right down so we’re hardly making any real progress over the ground. Bright crescent moon over Cape Flattery — its light reflecting in the water, passing high mass of the Cape on our starboard beam, the string of lights of Neah Bay off to starboard ahead. Peaceful, quiet, gliding smoothly through the water. Occasional sound of a sea-lion exhaling.”

Optimists that we are, we want to say that we’ll have a full recap of Socrates’ epic circumnavigation on Monday. Superstitious as we are, though, we don’t want to jinx it. Please stay tuned to our Facebook page for more up-to-the-minute details. 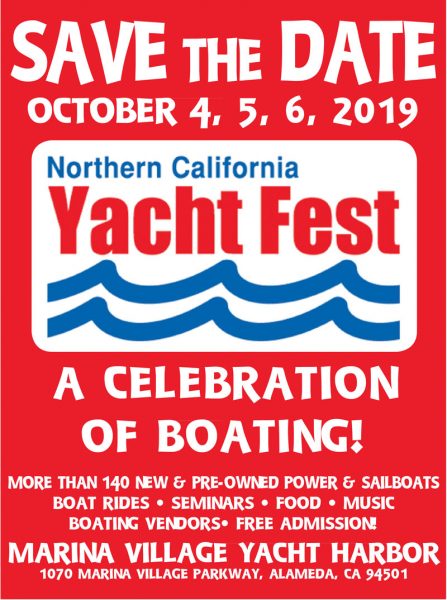 It’s almost party time and we can’t wait to get together with sailors galore at Latitude 38’s Fall Crew List Party. This biannual celebration has become one of the Bay Area’s most talked-about events — for sailors and anyone aspiring to sail. It’s the who’s who of local-on-the-water activity and the how-to for anyone who is looking for a boat to sail on or looking for more crew. If you yearn to sail to Mexico or beyond, feel the adrenaline rush of sailboat racing, or simply want to get out on the water, then this is where you need to be next week.

Where and when is it?

The party is being held at a new venue, the Bay Model Visitor Center at 2100 Bridgeway, Sausalito, on Wednesday, September 11 from 6 to 9 p.m. Everyone is welcome and you can come as you are, we’re not fancy. Unless you want to dress up, and then by all means, please do!

What goes on at a Latitude Crew List Party?

Remember Fight Club? “What happens at Fight Club stays at Fight Club.” These days people are borrowing that line for anything and everything, but we’re not going to say it because we want you to know what happens, and we want you to join us. To start with, everyone will have a name tag to help cast off the lines of “Who are you, and what do you sail?”  This will make it easier to find that foredeck person for your next regatta or that weekend leisure-sailing boat you’ve been dreaming to get onboard. And it works; just ask Rich…

There’ll also be several exhibitors from local sailing organizations, and for anyone participating in this year’s Baja Ha-Ha you’ll be able to meet the people from some of Mexico’s finest marinas. That’s not all. You could be the one to inflate the life raft from Sal’s Inflatable Services in the middle of the party, a coveted honor among Crew List partygoers.

To keep you going we’ve organized a no-host beer and wine bar with drinks served by the salty crew from Call of the Sea, a range of dinners and snacks will be available for purchase from Casablanca Mediterranean & Moroccan Food truck and beer snacks throughout the evening.

Did we mention prizes? You could win Latitude logowear just for being there and joining the fun.

As we said, the party starts at 6 p.m. but you can also come early and enjoy pre-party events:

4 to 6 p.m. — Tour Call of the Sea’s brigantine Matthew Turner with the volunteers who have helped bring the vessel to life.

2019 registered Baja Ha-Ha participants and their first mates are FREE.

If you can’t make the party or you want to get a head start on finding crew or a boat to sail on, you can go to the Latitude 38 Crew List and add your name and details. This is a great resource for anyone and everyone who is looking to get sail-connected. Also check the full online calendar for other events happening in September.

Sausalito is working through the process of updating their general plan, or a blueprint for a community’s vision of growth, which was last updated in 1995. Tomorrow, Sausalito will hold a “visioning session” for the Marinship, “That part of town north of Dunphy Park that includes our historic working waterfront and a wide variety of other public and private uses.”

The Sausalito waterfront has launched hundreds of sailing ships, including the tall ship Matthew Turner. It’s one of the Bay’s best sailing destinations, home to a thriving sailing community and marine businesses, and simply a beautiful place to sail.

Its being a waterfront community and home to many Bay Area sailors, we’re sure sailors should be part of imagining the Sausalito waterfront’s future.

SHARE ON Tweet Share Email Linkedln
Leave a comment
Receive emails when 'Lectronic Latitude is updated. SUBSCRIBE
'Lectronic Latitude: Wednesday, Sep 4
MV 'Conception'
An Unspeakable Tragedy at Sea
Thirty-four people are presumed dead after a fire broke out on the 75-ft diving vessel Conception on Monday off the Channel Islands.
A week on the hook
A Delta Doo Dah DIY Cruise
The water was wonderful for swimming. We did a lot of otter and bird watching, along with star viewing. It was great to see big fish jumping at sunset, not to mention the swallows doing their bug-catching thing.
Sponsored Post
Free Pumpout Nav App
Recovery Exercise
Crew Overboard! But not by Accident
We tried several different methods of approaching the crewmember in the water, either by motor or with sails. All three methods were successful, recovering the overboard crew…
The Vortex Swim
Man Swims Through Pacific Garbage Patch to Raise Awareness
On Saturday, a French long-distance swimmer and his support crew swam and sailed underneath the Golden Gate Bridge to mark the conclusion of an 80-day expedition from Hawaii into San Francisco.
More 'Lectronics »
Report Listing