West Coast racer Frank Slootman, who won the 2017 Transpac with his Pac 52 Invisible Hand, set off on a new adventure this past weekend, racing his MOD70 Snowflake in the 3,000-mile RORC Transatlantic Race. The race departed Marina Lanzarote in the Canaries on Sunday, January 8, and will finish in Port Louis, Grenada.

Three of this year’s multihull alumni are turbocharged MOD70s capable of beating the multihull race record set by Lloyd Thornburg in 2015 on Phaedo3, with a time of 5 days 22 hrs 46 mins 03 secs.

Snowflake will be competing against Giovanni Soldini’s Multi70 Maserati (ITA), which is entered for the fourth time and is the reigning multihull race champion, having taken line honors in a photo finish last year.

Frank Slootman’s American MOD70 Snowflake is skippered by US-based Kiwi Gavin Brady. Snowflake was formerly race-record holder Phaedo3, and record-holding skipper Brian Thompson is back on board for this year’s race.

If you’re like us, it’s fun to check into these global ocean racers on the fleet trackers. Currently, Snowflake and the two other MOD70s are sailing over 400 miles per day and are less than 10 miles apart. You can follow the action here.

Arnstein Mustad was sitting high on the Headlands watching the might of the ocean during last week’s weather when he witnessed a boat heading out the Gate. Who even does that? Arnstein wrote to us and shared a photo and some intel about the prevailing weather conditions.

“Last Thursday, during the storm, about 15 people who crew for or follow Mustad Marine Yacht Delivery, along with Arnstein Mustad, gathered at Point Bonita to witness the 20-footers raging across the Potato Patch. And here comes a 30-something crabber…”

“Vadim Zhuk took this great shot of the crabber heading out last Thursday during our BIG WAVE FEST at Point Bonita. I was so mesmerized looking through my binoculars that I didn’t think to get a picture.

“I was thinking to myself how this guy could have known Bonita Channel would be clear enough to navigate given the paucity of relevant data, and during max ebb no less. There’s nothing to my mind that would have green-lighted this passage. I have seen Bonita Channel awash with breaking white water during similarly forecast weather. And the conditions that day were changing for the worse while we were there, just an hour or so before dusk.”

“So was he ‘foolish’ or did he possess the keys to the Matrix?”

We don’t know the answer to that, but we do hope the mariner and his crew returned safely to shore, with or without the crabs.

In other stormy news, the King Harbor Yacht Club in Redondo Beach will be looking for some new paving after the storms have passed. Brett Harris took this aerial footage and shared it to his Facebook page. 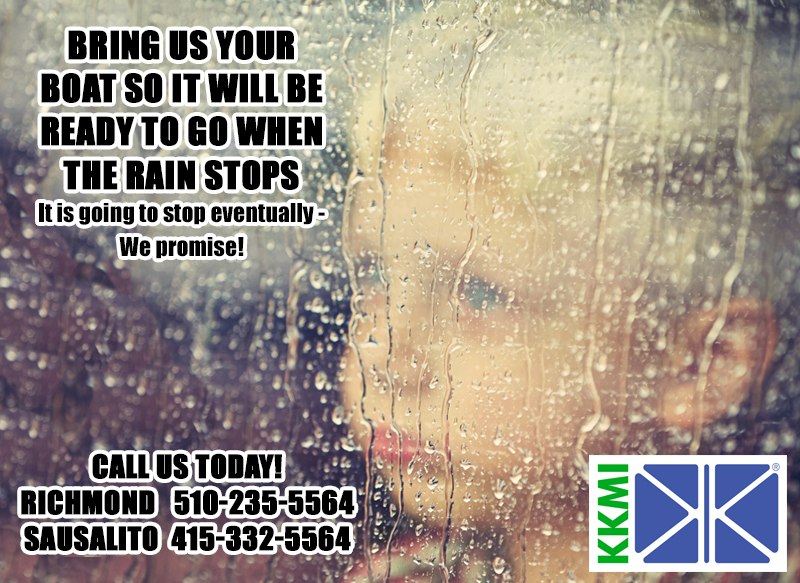 If you can’t go sailing right now, get your boat serviced or repaired instead.

Another global ocean race is about to come to life on the race trackers. The Ocean Race will start next Sunday, January 15. There are five IMOCA 60s entered, including one American entry, 11th Hour Racing, with highly regarded Bay Area sailor Bill Erkelens on the team as chief operating officer. The event is the evolution of the original Whitbread Round the World Race, which became the Volvo Ocean Race, and is now The Ocean Race. The fully crewed IMOCA 60s will visit nine cities during the six-month, 32,000 mile, round-the-world race.

Though the circumnavigation starts next Sunday, the event started yesterday, Sunday, January 8, with an in-port race in Alicante, Spain.

You can read the in-port race report here.

11th Hour Racing is backed by Wendy Schmidt’s 11th Hour Racing project, which was founded with the goal of restoring the balance between people and the planet. Stay tuned for the start of The Ocean Race next Sunday.

We expect everyone has heard stories from sailors who, after having enjoyed beautiful sailing in Mexico, make their way back up the West Coast in the conditions that lead to the northbound trip’s being rightly dubbed the Baja Bash. In the January issue we share the story of one crew’s unexpectedly calm return from Mexico.

Vanadium, a 2019 Beneteau 41.1 sloop, had just completed the 2022 Baja Ha-Ha, captained by owner Mike Brost and crewed by his wife Kitti Brown, friend Steve Cauffman, and Crew Lister Jim Immer. The journey was a test for Mike and Kitti to see if they’d enjoy an extended voyage before investing in a cruising catamaran.

The southward Ha-Ha trip was a resounding success, with lots of fleet camaraderie and daily natural spectacles including sublime sunsets and performances by whales, dolphins and rays. But after three nights in Cabo San Lucas, it was time to return Vanadium to her responsibilities with the Sailtime fleet in Newport Beach. Steve had already flown home to his microwave physicist job, so the return crew would consist only of Mike, Kitti and Jim.

The northward Baja Bash has a notorious reputation for testing boats and crew morale, especially during the typical May/June time frame, when insurers coax cruisers clear of potential hurricanes. However, Captain Jim Elfer’s Baja Bash II book includes the surprising revelation that November and July northward deliveries can be an easier experience, as long as weather systems are avoided.

We had refilled the water and diesel tanks upon arrival in Cabo. A Walmart provisioning run provided all the goods needed to continue our gourmet cruise, facilitated by a freestanding 80-quart AC/DC Bodega freezer strapped into the aft cockpit to augment Vanadium‘s built-in refrigerator.

Vanadium (named for the 23rd element in the periodic table and a key catalyst for the evolution of oceanic life) motored in flat seas with almost no wind around the oft-feared headland of Cabo Falso. It was a cakewalk in shorts and tank tops rather than foulies. We had easy motoring until evening, when the wind filled in at 10 knots on the beam for some fine, warm sailing. With three crew, we rotated through two three-hour watch cycles at night and morning, and then used a two-hour evening watch, which gave everyone plenty of sleep and a social time at dinner.

We bypassed the Ha-Ha stop at Bahia Santa Maria on the way north, since we were anxious to spend the Thanksgiving holiday week with our families. Though the common salutation is “fair winds and following seas,” we were instead blessed with fair seas and following winds due to glassy seas and often light wind, good for fast motoring. Though itching to sail, we were happy to be spared the typical headwinds and swells that make the Bash infamous.

Read the rest of the story in the January issue of Latitude 38. 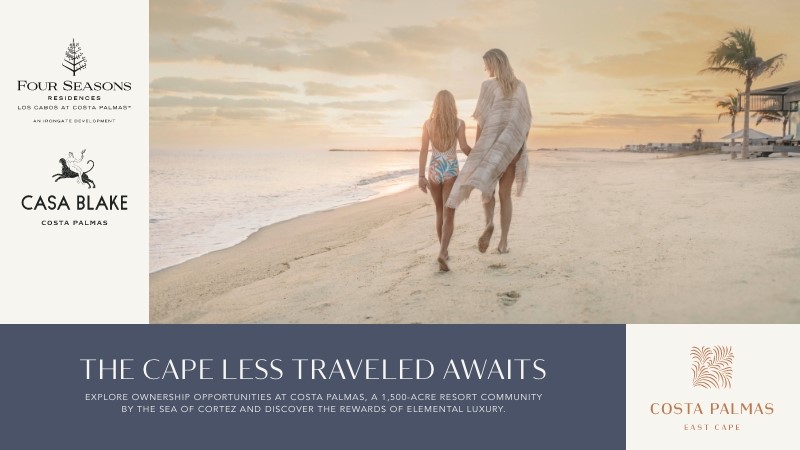 SHARE ON Tweet Share Email Linkedln
Receive emails when 'Lectronic Latitude is updated. SUBSCRIBE
'Lectronic Latitude: Friday, Jan 6
A Rough Weather Winter
California Storms Take Their Toll and Keep Coming
The stormy weekends continue. If you got through the last one, make sure you're ready for the next one.
Where Is He Now?
Can You Help Locate This French Sailor From the ’70s?
The '70s may be a bit of a blur, but can you dig into your memories and help find a woman's French sailing partner?
Sponsored Post
Premier Charter Vacations from The Moorings
The Moorings has a destination to suite every traveler's particular interests.
Remembering
Flashback — “Canceled: Rolex Big Boat Series 2001”
Looking ahead to the 2023 racing season, we came across a retrospective on the first 25 years of the Rolex Big Boat Series.
The Question Is…
To Race or Not to Race
The first weekend of the month is the busiest for midwinters on San Francisco Bay, but some clubs are canceling tomorrow's races.
Sponsored Post
Westwind Yacht Management — Washing, Waxing and Varnishing
Professional yacht care with personal service.
More 'Lectronics »
Report Listing