There are now only two weeks until Christmas, and the lights are shining brightly around the Bay. Anyone who was in Sausalito this last weekend would have found it hard to miss the array of lighted boats that took part in the on-the-water parade. Residents and visitors enjoyed the spectacle of a record number of participating boats, which cruised by the waterfront for over an hour!

The fireworks display that followed Sausalito’s parade was, in some opinions, even more spectacular than the annual Fourth of July fireworks!

There are more Lighted Boat Parades coming up next weekend. Check our recent story for more details.

Where do folks go after the Baja Ha-Ha? After Cabo San Lucas, cruisers fan out. Many head north to spend time exploring the Sea of Cortez. Beyond the beautiful cruising grounds, another reason to head north is to continue socializing with new Ha-Ha friends at the La Paz Beach Party. Local marinas, marine businesses, and La Paz Tourism hosted the party on Sunday, November 21.

Neil Shroyer reported that the party was one of the largest ever, with at least 250 guests. Fatima Aviles from the La Paz Tourism Board, Natalia Ruffo, director of La Paz Municipal Tourism, and Juan Carlos Cañedo, the director of State Tourism, welcomed them. Free beers were on hand for the first 50 guests. There was no shortage of beers and other beverages for those who followed.

Visitors have found that La Paz is busy and bustling with cruisers. Most marinas are pretty full and doing all they can to accommodate cruisers with berths as they come and go. The anchorage is also busy, so cruisers who were hoping to sail in, fly home for Christmas, and return aren’t having an easy time finding a place to leave their boat. For those who are staying, there are still many harbors and islands to explore.

From the final official stop in Cabo, the Baja Ha-Ha fleet has spread out up and down the coast of Mexico from the Sea of Cortez to Mazatlán and Banderas Bay, where Vallarta Yacht Club held the Banderas Bay Blast this past weekend. 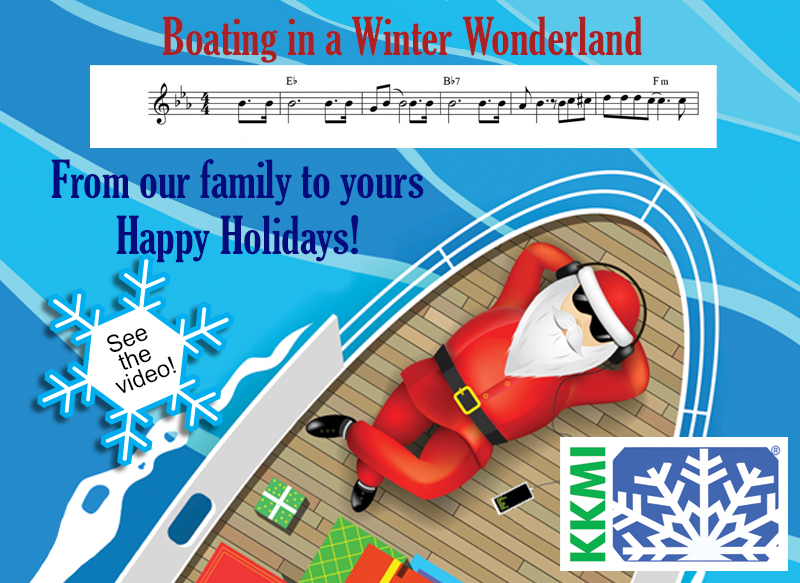 Sit back and enjoy the show!

The pages of Latitude 38 are often filled with rambunctious adventures, competitive races and other dramatic aspects of sailing. However, we never forget how much we enjoy the simple pleasures and adventures that can come from sailing with friends close to home. In the December issue, we shared Al Fricke’s tale of ‘old men’, written with a wink and a smile, about a local cruise with his regular sailing fleet.

The Plan, concocted over the course of several of our weekly Salty Swabs and Sailors Zoom meetings, was to sail three boats to Fort Ross Cove, with stops at Drake’s, Tomales, and Bodega bays. We’d spend the first night, October 5, in Horseshoe Cove and ride the morning ebb to get a good start. Jubilee promised to catch a salmon big enough to feed the fleet on the way up. There would be complicated exchanges of crew in Tomales and Bodega Bay.

The two boats that could not make this sailing adventure were Dick’s 1981 Bristol 29.9 Dilemma due to prior commitments, and Ken’s Slow Lane because a) she is not a sailboat, but rather a 38-ft Dutch steel-hulled power cruiser and b) she is currently in Holland after too many adventures on the Elbe River. It should be said that swab Dave’s C&C 38, Irish Melody, was not there either because, lamentably, he sold it in the Philippines in 2011.

Average age of the nine regular members of the Salty Swabs and Sailors group is a sprightly 80. All have sailed as crew or owners in many parts of the world. Trilogy sailed in the 1996 Baja Ha-Ha. Several of us have done Ha-Ha’s on other boats. Jubilee even did a SoCal Ta-Ta a while back. We all do our own engine and boat maintenance.

Berkeley Rotary Club, as it happens, is the common denominator for this intrepid group, though Al is only an honorary member. All of us have done various humanitarian projects through Rotary. These have included refurbishing schools in the vicinity of Chacala, in the state of Nayarit. Several of us have great memories of anchoring our own boats fore and aft in the little cove that is there. There are plans for future projects. Old people do good things!

The Salty Swabs and Sailors are wise and flexible, though their wives would argue otherwise. With the three boats riding peacefully at anchor on the night of October 5 as planned, the already-sketchy weather forecast via NOAA and Windy kept deteriorating. Something big was coming, with advance swell and waves already 14 feet every 12 seconds off Pt. Reyes. Against all of our youthful instincts, wisdom prevailed and the decision was made to head up to Potato Slough in the Delta the next morning.

We often find ourselves lamenting the loss of waterfront access due to condo development and other coastal development pressures. At the same time, we find numerous examples of people who are re-opening waterways and expanding access in areas that are reawakening from industrial use, or were just left languishing for years. Sailor Marceline Therrien wrote us a while back to ask if The Floathouse, on the recently dredged Petaluma River and turning basin, was on our radar. It was not, but it does look like a great addition to the Petaluma waterfront and a great first step for many who want to get onto the water. Of course, the basin is also home to the Petaluma Yacht Club and a great destination for Bay Area cruisers.

In addition, we do get regular emails from Friends of the Petaluma River, who work to provide conservation, stewardship, and access to the watershed.

The good work in Petaluma adds to our recent stories, including our current issue with a story on a pier proposal spearheaded by Doug Morris in San Luis Obispo, and coverage of efforts by the South Bay Yacht Club to clear old docks and improve Alviso Slough. The combined efforts of all these organizations and individuals is helping more people find their way onto the Bay.

SHARE ON Tweet Share Email Linkedln
1 Comment
Receive emails when 'Lectronic Latitude is updated. SUBSCRIBE
'Lectronic Latitude: Friday, Dec 10
From Little Boats Come Great Sailors
Success at Richmond Yacht Club’s Sail a Small Boat Day
Around 115 adults and kids showed up for Richmond Yacht Club's 29th annual Sail a Small Boat Day.
The World Famous L38
December Caption Contest(!)
This month's Caption Contest(!) is not a drill folks. This situation is real!
Sponsored Post
Skippers Wanted: US Coast Guard-Licensed Captains for Charters and Private Lessons
For power & sail. Hourly rate from $50 up. Weekend and weekday work available.
New Mark Off Crissy Field
Cityfront Racers Get a Better Blackaller
On Sunday, Lisa Blackaller Williams cracked a bottle of champagne on the side of a new, and much larger, YRA buoy #16. The buoy is named after her father, Tom Blackaller.
IF YOU DON'T ENTER YOU CAN'T WIN
Your First and Last Chance to Win the Wosser Trophies in 2021
The Wosser Trophies, announced in 2020, will be awarded for the first time to racers in the 2021 racing season.
Sponsored Post
Newport Boat Models
All of our models are hand-made from scratch by artists with decades in the industry, right here in America.
More 'Lectronics »
Report Listing