Daniela Moroz, four-time Kitefoil World Champion and two-time Rolex Yachtswoman of the Year, will join the US SailGP Team as they compete in sailing’s premier international racing championship SailGP for its second season. Moroz, who intends to launch a 2024 Olympic campaign in the new Formula Kite class, will join the eight other teams in Bermuda.

From the San Francisco Bay Area, Moroz, 20, is one of two women (the other is Hawaii-based CJ Perez) selected by the US SailGP Team to join the roster this year.

“We were overwhelmed by the quality of athletes who applied, and our entire sailing team took part in the selection process,” said Jimmy Spithill, US SailGP Team helmsman. “Daniela brings to our team an impressive amount of foiling ability, which is paramount to racing at this level. We’re excited to welcome her to the roster and develop her talent further.”

In Bermuda, Moroz will learn as much as possible about SailGP’s racing platform, the F50 foiling catamaran, as part of a new athlete development program aimed at introducing her to the technical and athletic skills needed to operate the high-performance boat.

Moroz, a junior at the University of Hawaii, is thrilled to join the team, and has made the most of the short time since being selected to prepare for Bermuda.

“I took a much-needed break from kitefoiling last year, which really reignited the spark,” commented Moroz. “I’m now back in a consistent training regime, whether it be alone or with the US Sailing Team in various locations, and have been able to further focus my own foiling skills plus stay in great shape. I’ve been putting in time with sailors like Riley Gibbs, who has been a huge help in sharing audio and video training content and technical information on [boat] controls, which I’ll be studying going into Bermuda.” (Gibbs is a member of the US Olympic Sailing Team in the foiling Nacra 17 catamaran, and was wing trimmer for the US SailGP team in Season 1.)

Charlie McKee, who coached Moroz this past winter in Florida, noted, “This is a fantastic opportunity for Daniela! She is an elite athlete who performs at the very top of her sport. Her relentless quest for improvement makes her a great fit for SailGP. Her already impressive campaigning skills will be enhanced even further, and the rigorous performance quest and off-the-water analysis will raise the bar even further. She is already a proven winner on the international stage of high-performance sailing.”

Moroz looks forward to working in a professional environment at what is essentially the highest level of the sport, an invaluable learning opportunity.

“It was one I couldn’t pass up,” Moroz stated. “I’ll be able to apply this learning to my Olympic campaign and so much more down the road. I’m excited to support the team as best I can and be the best teammate I can be. Hopefully, this will give us a chance to turn around American sailing and show the world what we’re capable of!”

Happy mid-April, readers. For this month’s Caption Contest(!) we have a photo with a difference. What do you think is going on in this picture captured by Larry White?

The 18th International Ocean Film Festival (IOFF) is set to roll and ticket sales are now open. This year’s annual Festival will screen a record 80+ films from 17 countries, including 10 premieres and nine award-winners, over 18 days.

“Spring has rarely felt as hopeful as it does this year, or been more eagerly anticipated,” said the Festival’s executive director, Ana Blanco (a Bay Area local). “While we look forward to once again gathering in person for next year’s Festival, this year we will once again bring the oceans to you via our virtual Festival with an unprecedented array and scope of films and filmmakers, including interactive content and conversations with filmmakers.”

In addition to the films, the Festival will host lively Q&A panels with film directors, marine scientists, and industry experts, as they discuss the films and share insights into ocean conservation, preservation, and legislation. Plus there is the Student Film Competition, featuring films from middle school and high school students (grades 6 through 12) from 12 countries around the world.

The Festival accepts films of all genres that focus on any of the varied aspects of the ocean, and topics include (but are not limited to) marine wildlife, conservation efforts, ocean environments, coastal cultures, ocean sports and exploration, ocean heroes, and innovative technology designed to help protect the ocean. And the films can be documentaries, narratives, shorts, animation, and full-length films from around the world.

Watch the IOFF trailer (Credit: Yuko Inatsuki) to get a taste of the films on offer:

The Festival runs from April 15 to May 2. You can check out the ticket options here.

Did you know? IOFF is a San Francisco-based organization that was launched in 2004, and is now the premier venue in North America for ocean-related films. IOFF Executive Director Ana Blanco began her ocean-related career while volunteering with the Bay Area nonprofit group Blue Water Foundation, an “all-volunteer nonprofit dedicated to bringing the joys & challenges of sailing to San Francisco Bay Area under-served youths.” Ana worked with the foundation for around six years before joining the team at International Ocean Film Festival.

There’s been a shortage of fleet racing in the past year, but ‘the clock’ is one competitor that never left the course. Lloyd Thornburg’s MOD70 Phaedo3 has held the record for the 595-mile Fastnet course since 2015. Like all records, it sat there waiting to be broken. Peter Cunningham and his crew aboard the MOD70 PowerPlay thought this week was a good time to give it a shot. Their not-yet-ratified time of 25 hours, 4 minutes and 18 seconds took two hours off the record set by Phaedo3 and now awaits the next challenger.

They took off this past Monday morning, a little after midday, with a cold northerly blowing. For most people, sailing in a cold northerly in April in the Northern Hemisphere is worth skipping. However, if you’re trying to break a record on a primarily east/west course, those are just the right conditions. Sailing the 595 miles in 25 hours takes an average speed of about 24 knots, although top speeds reached the 30s — surely the MOD70 crew didn’t get much rest until they returned to Plymouth.

The MOD70s Phaedo3, Maserati, Concise 10 and PowerPlay have been a powerful force in the record-hunting world. PowerPlay has just knocked off one of the tougher records on a very challenging course.

Are you looking at selling your boat? Don’t delay, get your ad ready now for the May issue Classy Classified deadline: Thursday, April 15 at 5 p.m. 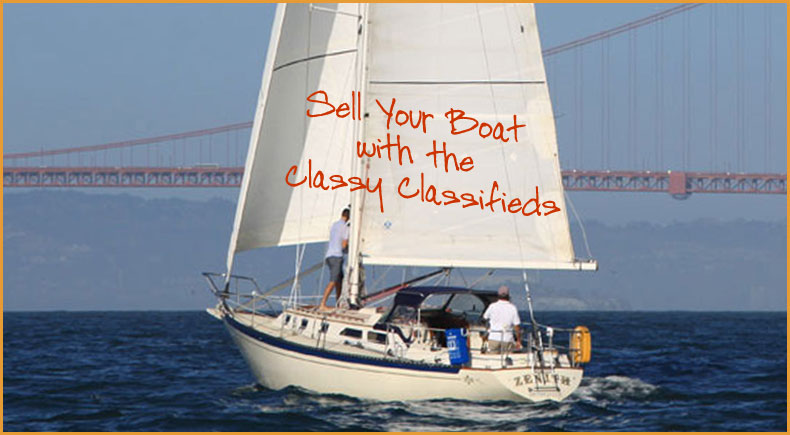 Or place a FREE AD – Online only — here: https://www.latitude38.com/adverts/add-classy-online-only/

SHARE ON Tweet Share Email
Leave a comment
Receive emails when 'Lectronic Latitude is updated. SUBSCRIBE
'Lectronic Latitude: Wednesday, Apr 7
Get Set to Return to Mexico
Ha-Ha XXVII — We’re Putting the Baja Ha-Ha Band Back Together!
Plans are underway for the 27th Baja Ha-Ha, with registrations due to open at noon on May 6.
Beer Can Racing Continues
Wet Wednesdays at Santa Barbara Yacht Club
During our trip north, we received as warm a welcome as possible during a pandemic from Santa Barbara Yacht Club.
Sponsored Post
Division of Boating and Waterways Boater Card
The California Boater Card shows that its holder has successfully taken and passed a NASBLA/state-approved boater safety education examination.
Sailboat No Longer Lost
Latitude Nation Does it Again: We Found ‘Kate II’
Last Friday we put out a request to our readers to find a long-lost love. The missing love was a sailboat (of course) — the former flagship of St. Francis Yacht Club, 'Kate II'.
California J/70 Fleets
Orange You Glad You’re in Marina del Rey?
Brian Mullen brought his Bay Area-based J/70 Orange You Glad to California Yacht Club in Marina del Rey in March.
There She Was
It’s Official — We’ve Discovered ‘Freedom’s Photo-Shoot Location
When we wrote about the mystery surrounding 'Freedom's exact location at the time of the much-talked-about photo, we weren't ready to commit to a location. But now …
More 'Lectronics »