Just as we were preparing to Zoom in to a Storytelling Night presented by Island Yacht Club’s Women’s Sailing Seminar, we were startled by a very loud explosion. We looked in the direction of the blast, toward the G Dock boat shed, and saw nothing for a moment. Neighbors ran outside to see what had caused the noise. Suddenly, the stern of a powerboat burst into flames, and we heard another explosion.

The scene was Oxbow Marina on Georgiana Slough in the Delta, the time 7 p.m. on Monday evening. Our vantage point was Latitude’s ‘Delta Bureau’, a house facing the marina. So many observers dialed 911 at once that we jammed the circuits. Residents began hosing down their decks and preparing to evacuate, and boaters in situ began moving their craft out of the way of danger, one even towing a houseboat.

Fire Crews to the Rescue

“A ‘direct’ fire attack was initiated by Engine 94 and following mutual aid engines. The fire was stopped from advancing further into area and boats. River Delta Firefighters will remain on scene on fire watch throughout the night with engine 294 and Engine 94 and 549 ready for response from station 94.

“No injuries to civilians or firefighters were reported. The cause of the fire … is under investigation.” Locals have speculated that it a battery on board that first boat exploded.

The blaze seemed destined to completely destroy G Dock and possibly jump to F Dock. Homeowners worried about flying embers. But the light breeze pushed the column of smoke directly down G Dock, not toward the encircling homes or neighboring boat sheds. We packed up the cat first, then some necessities, and loaded all into our inflatable dinghy, tied off our swim stairs, and prepared to evacuate by water. There’s only one way out by road, and we feared that that exit might be blocked. Nevertheless, we held off and took pictures.

At 7:57, we breathed a sigh of relief, and a general cheer went up when a fireboat from Walnut Grove motored into the marina, having come down Georgiana Slough. From our point of view, the fireboat seemed to turn the tide on the raging fire.

The roof and walls of the boat shed are made of corrugated metal, but its support structure is wood. Soon the roof began to fall.

The next day, we were surprised at the extent of the damage. We had expected more destruction. The fire had claimed four boats and the corresponding section of boat shed. Although the roof had fallen, it was a limited section, and, amazingly, the side wall was only scorched and the boats across the dock from those that burned appeared to suffer only minimal damage.

On Tuesday, the marina maintenance crew was already hard at work on cleanup. A crew from the Sacramento County Sheriff’s Department arrived by boat. Representatives from California Fish and Wildlife and Contra Costa County’s fuel spill response team were on site. They’d placed a boom around the damaged dock, but burnt debris speckled the water and a telltale iridescence sheened its surface.

Our condolences to the owners who lost their boats, and best wishes to the marina and nearby boatowners with repair and cleanup.

Mike Coleman, who sails his Santana 22 Latitude out of Monterey, and also runs Ocean Edge Yacht Detailing, mentioned to his friend Katherine Robredo in Hawaii that a woman, Lia Ditton, was rowing into Waikiki Yacht Club, from San Francisco. Sure enough, after rowing 2083 miles in 86 days, 10 hours, 05 minutes and 56 seconds, Lia showed up at the docks of the club! Katherine raced to the clubhouse and took these shots, saying, “It was my honor to be at Lia’s finish line at Ala Moana Harbor this morning . . . I got there at 0530 and she stepped on the dock at 0608 or so, and I left her a lei and Champagne at the club!“

Congratulations to Lia on an epic, record-breaking voyage. Her 86-day row bested Roz Savage’s 2008 record of 100 days. Lia has an impressive sailing résumé of over 150,000 miles including solo transatlantics and numerous other adventures.

Sailing to Hawaii, crewed or solo, carries its own monumental challenges, but rowing solo is a whole other mountain to climb. She’d packed food for 75 days, but ended up at sea for 86 days. She was rolled twice during the crossing, yet, with incredible perseverance, managed to come out on top in the end. You can read more about Lia’s background in our September 2017 issue, or find more details of her stunning achievement at rowliarow.com.

This video from Lia’s Facebook page documents the moment she reaches land and sets a new women’s record for rowing from San Francisco to Hawaii.

While this is an impressive feat in itself, Lia’s next quest, set for spring 2021, is to become the first solo rower to complete the 5,500-mile journey across the northern Pacific from Japan to San Francisco.

We have no doubt that she will succeed! 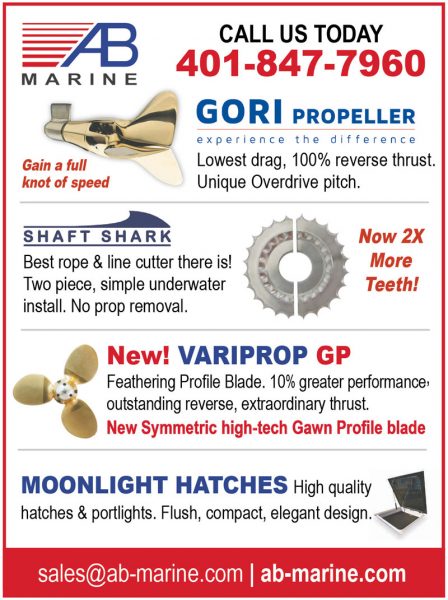 This year has been turbulent, to say the least. While some of us are able to hunker down and work from home, many people rely on the almost-nonexistent tourist trade to keep them afloat. We recently received a letter from Brian Bouch, who is hoping to collect old sails for his friend Eduardo, whose Mexico charter business is suffering due to the pandemic. Can you help?

Captain Eduardo, owner and charter skipper of the 1956 Newporter 40′ ketch Mi Casa, is a dear friend in Mazatlán, who over the last 20 years has run many day trips and the occasional brief offshore trip to Isla Isabela and San Blas.

No tourists now, no trips, no income. So like many Mexicans, Eduardo is hunkered down doing the best he can with odd jobs. For example, keeping an eye on my folding 19-foot trimaran parked in his front yard, and doing the occasional repair.

Eduardo is a friend to sailors and has introduced many newbies to the joys of sailing, and will struggle to re-establish an income base without proper equipment. Having sold my beloved Norseman 447 Albatross in Australia in June 2019 (just in time, como no?), I now spend more time each winter in Mazatlán. I’ll be bringing presents and needed supplies to my Mexican friends there and would like to help Eduardo with some much-needed repairs.

Foremost for him are a new (replacement) mizzen and jib. Used sails from the USA would serve just fine, and any used lines in serviceable condition would be a great upgrade as he prepares for a hopeful return of some business. Check out his website sailmicasa.com. And should you find yourself in that part of Mexico, his trips are family-fun, historically and environmentally informative, and unforgettable. Hopefully, he’ll be up and running soon.

If you have used sails in the Bay Area to give up (and who doesn’t?), I can pick them up, or you can leave them at the Richmond Yacht Club for me.” — Brian Bouch [email protected]

Readers, while we don’t make a habit of sharing requests for donations, Mexico is a second home to many West Coast sailors, and a source of great joy for others. It grieves us to think of our friends in that region suffering. If you are able to help in any way, please get in touch with Brian. Thank you.  — Ed.

Ever felt like a bowling pin? With fires raging across the West and hurricanes lining up across the Atlantic, it feels like many of us are standing at the wrong end of a bowling lane waiting for the next bowling ball to roll through. The images below from the National Hurricane Center and Windy.com show the story. Hurricane Laura has already thrashed the Southeastern US, Hurricane Sally is currently lashing the Gulf Coast in Mississippi, Alabama and Florida, and Post-TC Paulette has just finished up with Bermuda. Meanwhile, Hurricane Teddy is moving northwest and is expected to strengthen, while Tropical Storm Vicky is powering up farther to the east. Everyone down the lane in Hurricane Alley is wondering if they’re the number one, seven or ten pin.

The middle of September is the peak hurricane period. Given this year’s hurricane forecast it’s no surprise that there’s so much action right now. So far the prime chartering areas have been spared, giving hope for tropical escapes, as long as the pandemic stays in control.

According to the New York Times Vicky is the 20th named storm of this year’s hurricane season and meteorologists only have 21 names on their list before they have to add names from the Greek alphabet. Wilfred will have the honor of being the last name on this year’s prewritten list.

On average, a typical hurricane season, which nominally runs June 1 to November 30, has 12 named storms. Right now we’re just about halfway through. Meteorologists had predicted 19 named storms this year but have now revised that number to 25. They added that they have only exhausted their name list once before — that was in 2005, a season that produced 28 named storms.

Our fingers have been crossed for so many people this year they’re getting cramped. While much of the damage may be inflicted far away, the results may still impact you when your insurance renewal shows up in the mailbox. The peak hurricane season typically settles down by the end of October, after which cruisers generally begin to migrate south to Mexico with the Nada Ha-Ha, or for East Coasters, to the Caribbean.

Most scientists continue to see these unfolding catastrophes as a result of the ongoing effects of climate change. We can help mitigate these disasters by sailing more and motoring less. Either way, we are hoping the very best for everyone in the path of Mother Nature’s current tempests.