Here’s your June Caption Contest(!). Don’t forget to check the July issue for the winner, and top 10 runner-uppers.

Thanks to @denizkilic1355 for the shot (or whoever you swiped the photo from).

Reader Carl King, who owns the Beneteau 36 King Tide in Sausalito, sent us a note when he noticed a little Mediterranean ‘runabout’ had slipped into San Francisco Bay. At first, we thought it might be a new committee boat for the Sausalito Yacht Club, but it turns out the yacht is owned by Dallas Cowboys owner Jerry Jones, who, according to Forbes magazine, is worth around $6.8 billion.

Jones spent about $250 million to purchase the massive 357-ft yacht in 2019. It comes complete with two helipads, a gym and the must-have spa including a sauna, steam room, massage room, plunge pool and rain shower. Oceanco built the boat in 2018 in the Netherlands.

“To what do we owe the honor?” asked the San Francisco Chronicle. “Could be Jones is scouting Oakland on behalf of the NFL. He reportedly told an Oakland official not long ago that Jones and several other team owners see Oakland as a leading candidate for the next NFL expansion or relocation team.” (We heard an unsubstantiated, and in all likelihood entirely fabricated, rumor that Jones was considering signing Colin Kaepernick. We’ll just let that one hang out there.)

Jones’s path to megayacht ownership started with success as a Texas oil wildcatter in the ’70s. His biggest success came when he bought the Dallas Cowboys in 1989 for $150 million. They’re now worth around $5.5 billion. He continues to do well with the oil business, Texas real estate and the Cowboys.

Boats like this are far more common in the Atlantic Basin, shuttling between the Med, the Caribbean and the Northeast. They don’t often get through the canal and to the West Coast, but, when they do, they’re often passing through the Bay Area this time of year on their way to the famous photo op in front of Glacier Bay in Alaska.

She did a little Bay cruising this weekend before returning to anchor off Sausalito. Is she still there? Anyone? 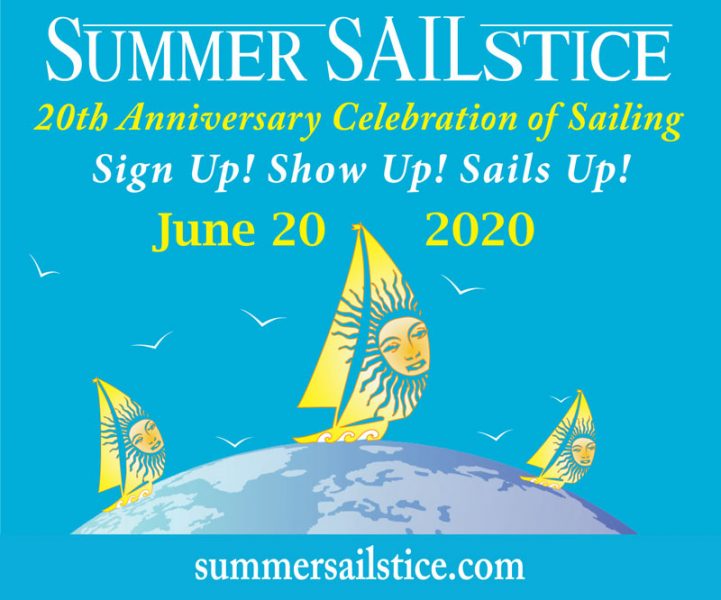 The final countdown to the 20th anniversary of Summer Sailstice is upon us.

One of the most prolific sponsorships in all of sailing has come to an abrupt end. French insurance company MACIF has decided to withdraw from racing maxi-trimarans, while simultaneously cutting loose their legendary young skipper François Gabart. Since teaming up 10 years ago, Gabart and MACIF have gone on to celebrate several incredible results, which culminated in winning the Vendée Globe in 2013 and setting a record for the fastest solo circumnavigation in 2017. Nearly everything that Gabart and MACIF touched turned to gold — earning Gabart the nickname ‘Golden Boy’ — before the relationship came to a very sudden, and shocking, end last week.

A decision that was made two weeks before it was announced, the move is reportedly not due to the pandemic or the resultant economic fallout, but instead merely the result of a change in upper-level management and a new strategic direction. Either way, the timing can’t be ignored and is even more surprising as MACIF is currently smack-dab in the middle of constructing a brand-new fully foiling offshore maxi-trimaran while still actively campaigning their current boat. Had the costs simply gotten too far out of hand? Was COVID-19 really the culprit? Has there been a falling out among Gabart and his corporate handlers? We are not in a position to speculate, but the result is the same.

Ironically, the decision was announced last week on the same day that the central hull of the company’s new maxi-tri was being delivered by truck from the Multiplast facility in Vannes to the MerConcept facility in Concarneau. Although MACIF has pulled the plug on the program, the rumors suggest that Gabart’s company MerConcept had already been funded through to the end of the construction of the new boat and two months of sea trials to end in June 2021. Effectively, MACIF just declined to renew the contract with Gabart and MerConcept after its current expiry and to place both boats up for sale, the old one and the new one.

No price tag has been publicly placed on the ‘new’ boat. The ‘old’ boat has been reduced (it was already for sale to make way for the new boat) by more than half to a bargain-basement price of 5 million Euros. We say this not in jest; 5 million Euros for that boat is a bargain and should easily find a buyer, even in this economic climate.

The fastest solo boat to ever sail around the world, just 40 hours off the fully crewed record pace, the MACIF trimaran posted an incredible 851-mile day during Gabart’s 2017 record-breaking circumnavigation. Having been converted to fully foiling since then, the boat has conceivably only gotten faster. Just five years old, in great shape and highly developed, MACIF will surely hold a lot of appeal for many top sailing teams looking to upgrade or to jump into the fray of the Ultim 32/23 class, which is currently treading on thin ice.

As for Gabart, he will continue his work with MerConcept to complete the construction and commissioning of the new boat, while simultaneously beginning the hunt for a new sponsor. Since training with Jimmy Spithill in 2018 and building a close friendship with the Australian skipper, rumors continue to swirl around Gabart and Spithill, surely fueled in part by Gabart’s first Instagram post after the MACIF sponsorship announcement. He closed the post by stating, “It’s far, far from over,” and then tagged Jimmy and added a wink emoji. Are we reading too much into this? Time will tell.

As for MACIF, they will remain a major sponsor of offshore sailing with Charlie Dalin sailing the new-generation IMOCA 60 Apivia — named after MACIF subsidiary Apivia — in the upcoming Vendée Globe, while also campaigning two Beneteau Figaro 3s on the Figaro circuit in France. Apivia will maintain their management and technical coordination with Gabart’s company MerConcept. 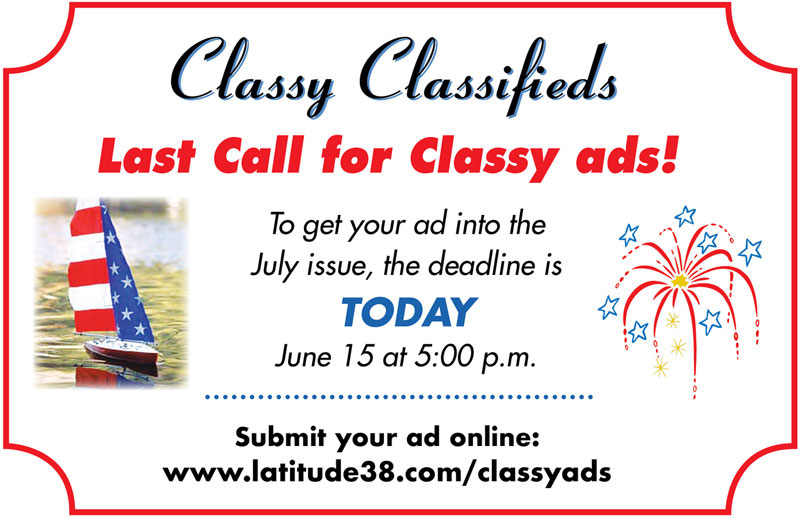 SHARE ON Tweet Share Email
Leave a comment
Receive emails when 'Lectronic Latitude is updated. SUBSCRIBE
'Lectronic Latitude: Friday, Jun 12
Yacht Racing in Times of Pandemic
Real, Actual, Sanctioned Racing Returns to the Bay Area
After a month of planning and negotiations, official, permitted racing has resumed on San Francisco Bay. Richmond Yacht Club went first, with a Wednesday night race on June 10.
Summer Sailing Camp Ready For Summer
Bay Area Youth Sailing Camps Are a Go!
The official start of summer is just around the corner, and for many young Bay Area sailors, this is the time they would usually put down their pencils — or these days, devices — pack their sailing kits, and join their friends for the seemingly endless days of summer-camp fun.
Sponsored Post
Westwind Boat Detailing
Washing, waxing, varnishing. Serving the entire Bay Area for more than 30 years. “I have never seen the teak look so good."
For your viewing pleasure
On the Water with Lauren de Remer
Latitude Nation — For your viewing pleasure, here’s a mini-documentary of Sausalito super-sailor Lauren de Remer.
Call-out for Photos
Be One of 12 on a 2020 Latitude 38 Cover
Have you got a favorite Latitude 38 cover? The shot below, from February 2009, remains one of our favorites.
Sailboats Are Selling
Boats Are Selling with the Classy Classifieds
Latitude 38's Classy Classifieds is the place to shop for boats - as well as marine gear, trailers, liferafts, boat partnerships, trades and more.
More 'Lectronics »
Report Listing