It’s amazing how fast the Baja Ha-Ha comes and goes every year. One of the largest cruisers’ rallies in the world is heading toward its inevitable and famously boisterous conclusion at the pointy end of Baja California.

There is apparently a bit of weather headed at Mexico, but the Grand Poobah posted the following on his Facebook page about an hour ago:

“Ha-Ha Boats are not in undue danger from the approaching depression — we’ve been monitoring this for days, and when it hits, if it does, all boats will be secure in either Cabo San Lucas, Puerto Los Cabos, La Paz, or Mag Bay. Nothing is expected before late Saturday. All boats should have up-to-the minute weather info from eebmike, windy, and other sources.”

With that said, here’s a brief picture show:

Yesterday, the Coast Guard towed a singlehander into port in Southern California after a five-month crossing from Japan in a homemade vessel. The 78-year-old skipper — who reportedly suffered through weeks of light winds — had been reprovisioned several times before finally asking for a tow.

“On October 29, the brother of the mariner notified Coast Guard District 11 command center watchstanders that his brother departed Japan at the end of May and was expected to arrive in San Francisco in late August,” a Coast Guard press release said. “Due to a lack of wind, the man aboard the sailing vessel Mayfly was delayed by two months, depleting his food and water supply.”

The Coast Guard apparently delivered rations to the Mayfly via an “Automated Mutual-Assistance Vessel Rescue System vessel, the motor vessel Tamesis, to provide rations to the distressed mariner,” the press release said. ” The Tamesis arrived on scene and delivered the rations with no request for additional assistance.” It’s not clear exactly when this was (nor are we entirely clear on the Coast Guard’s use of automated vessels to assist mariners).

Then, on November 4, the Coast Guard said that district watchstanders “received a request for food and water from the mariner who was also experiencing heavy weather approximately 250 nautical miles west of Los Angeles. The motor vessel Umberty diverted and transferred additional rations.”

On Wednesday, watchstanders notified the Coast Guard in Los Angeles/Long Beach that the Mayfly was approximately 85 nautical miles southwest of Point Vicente, was low on supplies, and was requesting a tow. “The Coast Guard Cutter Robert Ward was diverted from its patrol to tow the homemade vessel towards Oxnard. A Channel Islands Harbor crew on a 45-ft ‘response boat-medium’ took over the tow, and brought the Mayfly to Station Channel Islands Harbor.”

“‘If this mariner didn’t have a float plan and reliable communications ashore, the outcome of this case could have ended up drastically different,’ said Cmdr. Justin Noggle, the Sector Los Angeles-Long Beach chief of response. ‘We are relieved that we were able to provide the much-needed assistance to bring him and his vessel back to shore safely.'” 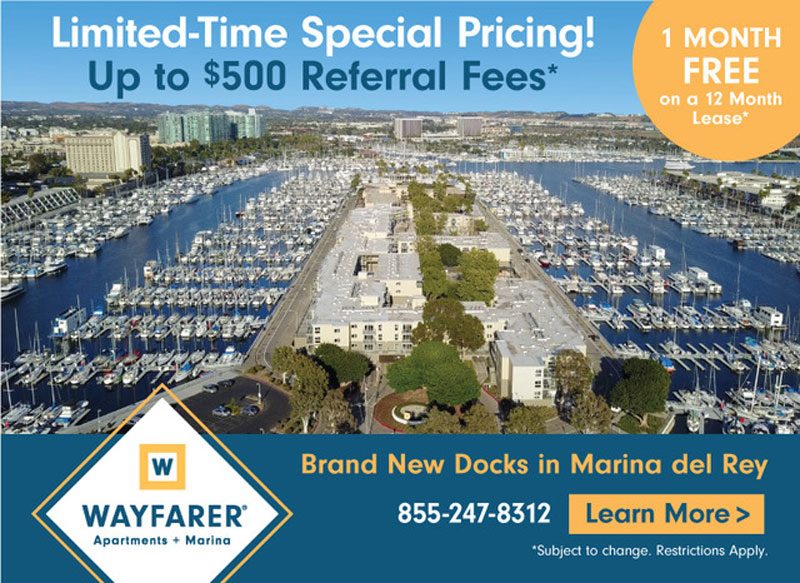 Tucked into the bitter end of the San Rafael Canal is what we can only call an unexpected vessel — a pirate-y looking tall ship that’s  a tad out of place against the back alley of the busy Montecito Plaza. We are, of course, referring to Active, the 104-ft LOA wishbone ketch Baltic trader.

In the forthcoming issue of Latitude 38, we’ll report on what’s happening with one of the Bay’s unique vessels. But a story of a boat is best told through the people that have sailed aboard. In that spirit, we are hoping to hear from everyone in the Latitude Nation who has sailed, worked on or been in some way involved with Active.

If you have any information on Active, please comment below, or email us here, and please be sure to include your boat name, make and port of call, or just tell us where you’re from.

Readers — We originally called Active a Sea Scout vessel; while Active was once associated with the Boy Scouts of America, she has not worked with the organization for some time.

The first will be on Saturday. It’s from 4 to 6 p.m., so you could go sailing first, or even cruise in to Alameda. Oakland Yacht Club, in Pacific Marina on the Alameda side of the Estuary, will host an open house. They invite guests to visit their club and learn about the following:

This Sunday, Latitude 38’s publisher, John Arndt, will MC the Yacht Racing Association’s awards presentation. Berkeley YC will host the party from 1 to 3:30 p.m. Latitude’s racing editor will also be on hand to announce the 2019 Queen of the Women’s Circuit. (Now aren’t you just dying to know who it is? You’ll just have to show up to find out.)

We’ll also be taking photos to include in the next installments of our Season Champions series of features.

Partygoers can munch on appetizers, buy drinks from the bar, pick up their rewards from a well-sailed season, and catch up with buddies from all over the Bay Area. The YRA encourages skippers to bring their crew, but they’d like to know how many people to expect. You can help out by pre-registering online. We hope that, rather than just picking up your own goodies and splitting, you’ll stick around to cheer for the season champions. The presentation should start around 2 p.m.

For more events this weekend, check out our Calendar. 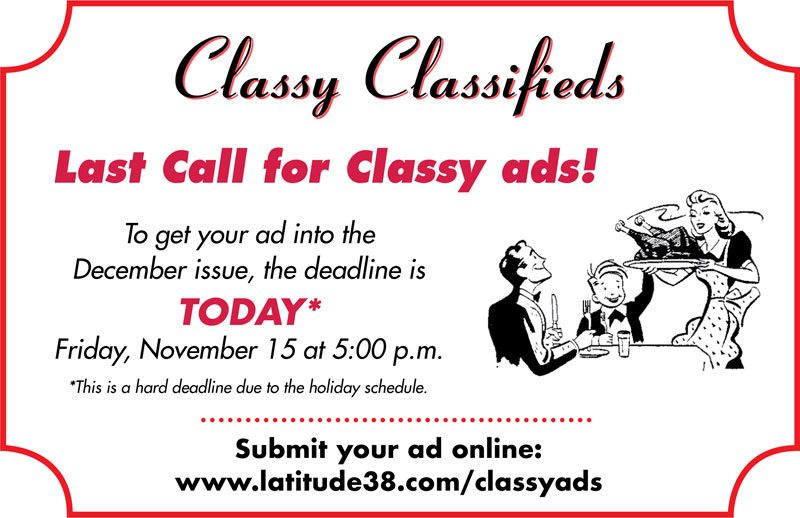 SHARE ON Tweet Share Email
Leave a comment
Receive emails when 'Lectronic Latitude is updated. SUBSCRIBE
'Lectronic Latitude: Wednesday, Nov 13
Shootin' the Breeze
Greta and La Vagabonde; Coast Guard Solicits Feedback; AC75 Goes Splash!
Hitching Another Ride Back Across the Atlantic Worlds are colliding. In her search for low-carbon transportation, climate activist Greta Thunberg is hitching a ride on another sailboat — this time with well-known sailors.
The World Famous L38
Caption Contest(!)
Here’s your November Caption Contest(!) This photo was brought to us by Mark Bettis.
Sponsored Post
Job Opportunity at Oceanic Yacht Sales
Oceanic Yacht Sales has an opening for an experienced sail/powerboat salesman.
Sailing for a Good Cause
Catching Up with the Leukemia Cup Perkins Challenge
The Tom Perkins Challenge was sailed in the club's J/22 fleet on the Cityfront on the Saturday, October 19. StFYC hosts the Challenge each year.
Recognition for Excellence in Sailing
Submit Your Nominations for Yachtspeople of the Year
Nominations for US Sailing's 2019 Rolex Yachtsman and Yachtswoman of the Year awards are open to the public. Fans can nominate the sailors they believe turned in the most outstanding performances this year.
Sponsored Post
Free Pumpout Nav App
The number one app for getting rid of number two.
More 'Lectronics »
Report Listing