Reader John Callahan alerted us to a report on the City of Alameda website about a planned Oakland Estuary lift bridge for bicycles and pedestrians to cross the Estuary at Jack London Square. Reviewing the 136-page report and the site, it appears the process began in 2002. The initial study was published in 2009. The current drawing of the result looks like this:

We’re not sure how many Oakland/Alameda sailors have been involved in the planning process over the past 20 years, but from our quick look at the plans the 45-ft bridge-down clearance looks as if it would create a problem for quite a few sailboat tenants currently berthed in Estuary marinas.

The report indicates that public involvement was requested in 2008 from various interest groups and Bay Area transportation agencies.

This certainly looks as if it could have a dramatic effect on sailing activity and events on the Oakland Estuary. Larger boats finishing races down the Estuary, or the Master Mariners gathering at Encinal Yacht Club, plus regular traffic from all the marinas and yacht clubs appear as though they could be seriously impacted.

If any sailors have been involved in the planning process we’d love to let our readers know if these issues were discussed or how this plan is intended to accommodate Estuary boat traffic. Leave your comments below or email us at [email protected].

Yes, folks, it’s on again! We’re excited to announce that Latitude 38‘s Crew List Party will be held on the evening of September 1 at Spaulding Marine Center in Sausalito. Join us and connect with other sailors, find crew, or get onto a boat!

Several vendors and industry partners will be set up inside the building to answer your questions about cruising and heading south to Mexico. You’ll also have the opportunity to chat with local partners and sailing groups who want to help you get sailing on the Bay. San Francisco Sailing Science Center will be on hand with an entertaining and educational exhibit. And of course Spaulding Marine Center is a treasure trove of Bay Area sailing history.

The rest of the event (the mingling) will be outside, in the boat yard, where we can take advantage of the fresh air. But remember, this is Sausalito and often cool, so layer up! The Casablanca Mediterranean Food Truck will be serving delicious foods from 6 p.m. to 9 p.m., and the Spaulding crew and volunteers will host the bar, with all proceeds going to benefit their education programs.

Prior to the main event we’ll be holding our annual cruising seminar for Baja Ha-Ha sailors and cruisers preparing to head south. Fito Espinoza from Hotel Coral and Neil Shroyer from Marina de La Paz will be on hand to give an hour-long cruising seminar from 4 p.m. to 5 p.m., followed with a Q&A session from 5 p.m. to 5:30 p.m.

Our crew parties are geared toward bringing the sailing community together and helping people find sailing opportunities for cruising, racing, or daysailing. The Fall Crew List party is ideal for boat owners seeking crew who want to head south to Mexico, or crew who want to find a boat to join. It’s also well suited for folks looking for midwinter race crew or anyone who just wants to sail the Bay. Many sailors have met at a Latitude 38 crew party and forged long-lasting friendships and sailing connections. In case you’re on the fence about coming to the party, check out the wrap-up from last year’s event held at the Bay Model.

Admission for the Mexico Cruising seminar is $10, or $20 for both.

Each skipper and first mate registered for the 2022 Baja Ha-Ha gets free entry to the Fall Crew List Party and Mexico Cruising seminar. Admission includes free munchies, entry to door-prize raffle, and a sailing slide show.

Get your tickets here.

Parking: There is parking around Spaulding; please use the Parking Map to find parking. Please do not park at Clipper Yacht Harbor. 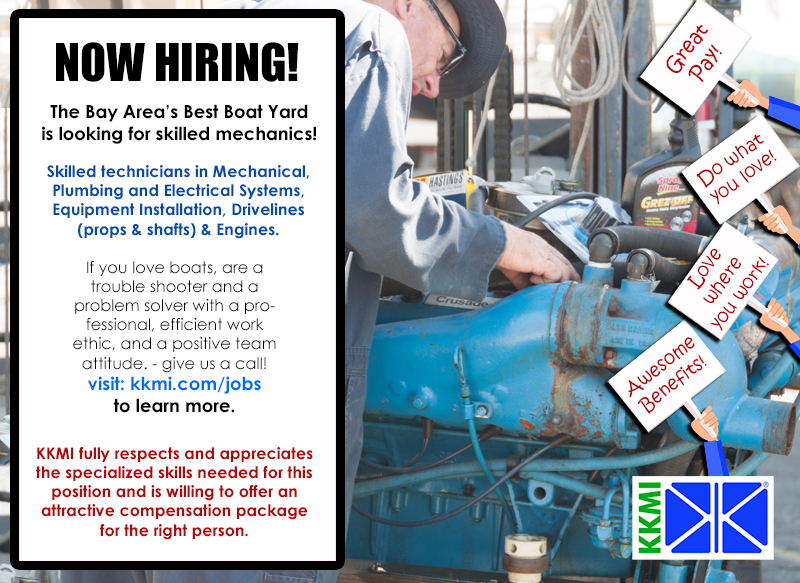 If you love boats, are a trouble shooter and problem solver with a professional, efficient work ethic, and a positive team attitude, give us a call.

Read About the Entire Class:

The NSHOF will honor the Class of 2022 at induction festivities on November 4-5 in Newport, Rhode Island.

In the July issue of Latitude 38 we shared the story of Kenichi Horie’s successful Pacific crossing from San Francisco to his home port, Shin Nishinomiya Yacht Harbor, Japan. The journey took 70 days and was the 83-year-old sailor’s 11th major voyage, the first being his crossing from Japan to the USA in 1962, when he was 60 years younger.

We’ve written a lot about Kenichi over the previous months; not surprising considering the octogenarian’s history of crossing oceans in all manner of vessels. But recently we uncovered a few new facts about the famous sailor.

Prior to his first Pacific crossing at the age of 23, Kenichi worked as a car spare-parts salesman. And, although he had by then been sailing for seven or eight years, he had never sailed more than 100 miles from his home in Osaka, Japan.

Kenichi’s first voyage caused much consternation for the young man’s family, and the Japanese authorities. Both had refused him permission to leave the country. In fact, it was written on page three of The Sydney Morning Herald on August 15, 1962, that Kenichi had broken the law by leaving Japan without a passport and that his father had ordered him to “come straight home.”

The young man, of course, didn’t listen and spent 93 days at sea aboard his 19-ft black plywood sloop, Mermaid. He carried ¥2000 (in today’s market that’s around $15US), and had provisioned the boat with 110 lbs of rice and tinned foods, 60 bottles of beer, and four bottles of sake. He caught fish along the way to supplement his diet, and upon arriving in San Francisco still had enough food for another month, and had drunk less than half of the beer and sake.

According to the story published in the Australian newspaper, on his crossing Kenichi endured three days of seasickness, and five severe storms. However, the only time he had any concern was when during one of the storms, a 50-ft wave broke through a porthole in the cabin. At that point, he told SMH, he wished he had stayed at home.

Read more about Kenichi and his most recent Pacific crossing in July’s Sightings.