While the Northern Hemisphere sails its way through the summer, six Bay Area sailors recently gathered at the chilly end of South Africa ahead of an Atlantic crossing aboard a 53-ft catamaran, Wild Rumpus. The crew of six were given an appropriately “wild” send-off at the Corinthian Yacht Club (CYC) in May, just hours before the first crew members boarded a plane and headed to Cape Town. Wild Rumpus and her crew are now over halfway to their first (and only) mid-Atlantic stop, the island of Saint Helena. Here they plan to spend a few days exploring and ironing out any kinks in the newly built boat before continuing on to Brazil. For the boat’s owners, Scott and Teresa Bonder, the crossing marks the end of a years-long search and the beginning of new adventures.

Across approximately eight years, Scott and Teresa had been deliberating their future. Both were nearing retirement, but not both were ready to cast off and sail into the sunset. They also have two children, one of whom is still in school. However they kept exploring their options — to get a lake house or an RV, or buy a sailboat. Ultimately the sailboat won, and Scott and Teresa began searching for their ideal vessel — one that would comfortably house their family of four, and be seaworthy enough to explore the beautiful Caribbean islands and beyond.

The couple spent three and a half years researching, visiting boat shows, and narrowing their choice down to just three models before committing to the X5 Plus built by Xquisite Yachts in Cape Town, South Africa. Scott said the X5 sails well, is well thought-out, and is not lacking in comfort, amenities and equipment. The choice of boat was important for more than just their own needs. While Teresa continues to work and their children complete school, Wild Rumpus will operate as a part-time charter boat, managed by Stacey and Eric Carter, both of whom are licensed captains.

Scott and Teresa had met Stacey and Eric three and half years earlier through their membership at CYC. The four quickly became good friends and sailing partners. A keen and lifelong sailor, Scott was also a member and sailing instructor at Modern Sailing, through which he crossed tacks and became good friends with Dinna Davis and Bernard Fraenkel, who had signed up for sailing lessons. When asked, Dinna and Bernard jumped at the chance to join Wild Rumpus for her voyage across the Atlantic. And with Teresa staying in California for their daughter’s schooling, a chance meeting at a social event resulted in local sailor Jay Grant completing the crew.

Casting off from the dock was not without its delays, supply issues among them. And although the crew had gathered in Cape Town in time for their latest anticipated departure on July 1, there were still a few more issues to overcome before they could finally set sail. Then there was the shakedown sail, which involved a couple of overnights and a run up and down the SA coastline. At this time the crew handled the sails, checked out the rigging and equipment, and ran the engine long enough to earn its first 50-hour service. Finally, on July 14 at 7:15 p.m. (SAST), Wild Rumpus cast off and headed out to sea.

The crew are now one week into their voyage and are no doubt learning a lot about their boat, and about each other. Either way, the one assumption we can make is that this will be a voyage they remember, long after its conclusion

And on the odd occasion when they have enough bandwidth they will update the Wild Rumpus blog online.

A friend of Latitude Nation — a singlehanding bluewater sailor who has spent the last few years bouncing around SoCal, the Hawaiian Islands and the Pacific Northwest, recently paid us a visit, and brought to the fore an existential conundrum about the state of boating infrastructure on the West Coast.

We first met Lee Johnson via email a few years ago, as he was wrapping up his career as a litigator in Arizona and transitioning to the cruising life aboard his Valiant 35 Morning Star. Lee sailed in the Singlehanded Transpacific Race in 2018, spent some time in the Hawaiian Islands, and recently (and quite accidentally) settled in Seattle, which he said is both a cruising mecca and a public-boating-infrastructure paradise. Comparing his experience in the Pacific Northwest vs. Hawaii, Johnson said the difference is stark.

How does a city or even an entire piece of coast end up with its particular idiosyncrasies in infrastructure? Why are there great facilities in Seattle and New England, and downright poor or nonexistent facilities here in the Bay Area?

What has been your experience with marinas, facilities and bureaucracy within Latitude’s West Coast borders, from Seattle, to Mexico, to the Hawaiian Islands?

The question came up recently when discussing cruising in Northern California (this particular thread is in this month’s Letters): “A common issue I see in cruising California is the distinct lack of dinghy docks and shore access,” wrote Ryan Cheff. “If you’ve cruised the East Coast, Florida, the Chesapeake, Long Island, Rhode Island or New England, you’ll find multiple public docks. This access makes cruising much more interesting when you can easily get ashore to explore, eat and spend money.

“Where are our Dinghy Docks!?”

In the discussion of West Coast infrastructure, the state of Hawaii seems to represent an extreme. During a trip to the Big Island this spring, we were surprised that the waters weren’t inundated with sailboats.

Lee Johnson told us that his experience in Hawaii was characterized by a bureaucracy that was, at times implacable, all to have access to limited and relatively substandard facilities. For years, Latitude 38‘s founder has bemoaned the state of Ala Wai Yacht Harbor on Oahu.

This is the start of our reporting on this issue, and we will be talking with various sources and officials over the next few weeks. But we’re hoping that you can help us start to paint a picture of the West Coast’s infrastructure ecosystem, and relate what your experience has been as a cruiser. 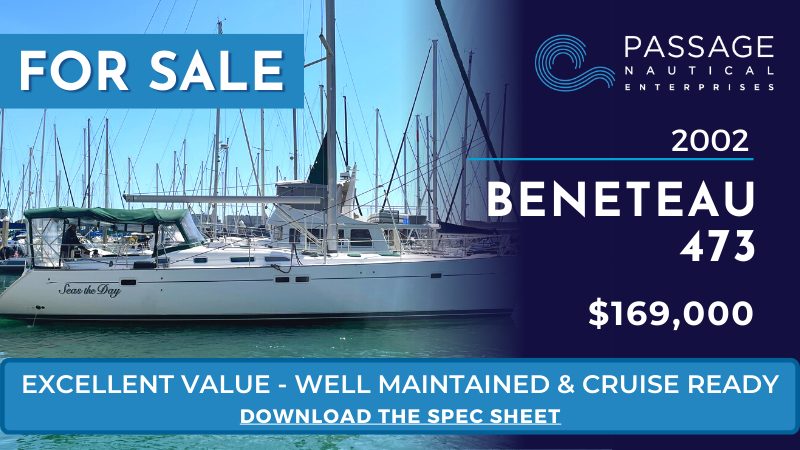 On Saturday, July 16, 32 boats in the Yacht Racing Association’s Westpoint Regatta made a run to Redwood City. The race started east of Treasure Island, rounded Harding Rock as a windward mark, sailed past the west face of Alcatraz, under two bridges and on to a finish east of Redwood City. From there, boats either turned and burned for home or proceeded along to the party, this year at Westpoint Harbor instead of at Sequoia Yacht Club as in the past.

Look for our report and a half dozen more photos in Racing Sheet in the August issue of Latitude 38. In the meantime, find results on Jibeset. Thank you to Brian and Jeannie Vaughn for hosting us aboard their 53-ft motoryacht-turned-photoboat, Sea Renity.

Are you having trouble finding help to get your boat repaired? Help may be on the way. The US Department of Transportation has recently announced federal funding for schools teaching the marine trades and for those seeking maritime careers.

When your avocation becomes your vocation, do you ever get a vacation? Or do you ever go to work? Many in the maritime trades fell in love with boats and sailing at a young age and could never let it go. So the question is, if your work and play life revolve around what you love, do you never get a day off? Or, if you do what you love, does your work always feel like play?

Either way the maritime trades are a great career choice, whether working in a boatyard, making sails, or crewing on a tugboat, ferry boat or container ship. USDOT MARAD (Maritime Administration) is offering funding to community or technical colleges and maritime training centers to help prepare Americans for maritime careers.

This is important because many of our readers are waiting with long lead times for repairs, and so many of our Latitude 38 advertisers are running help-wanted ads in the Job Opportunities section of our Classifieds (including us). There are also many of our friends who are happy with their maritime careers. Moe Roddy recently interviewed sailor and Cal Maritime graduate Anne McIntyre for our Good Jibes podcast, in which Anne talks about her career as business director of the San Francisco Bar Pilots. It’s one of many rewarding pathways for career sailors.

The funding is another silver lining of the pandemic, which highlighted the vulnerabilities of our national supply chain. It’s hard to get ships unloaded in Long Beach and hard to find mechanics to fix your marine refrigeration or repair your diesel auxiliary. We know schools such as Cal Maritime, Spaulding Marine Center, Orange Coast College School of Sailing and Seamanship in Newport Beach and Training Resources Maritime Institute in San Diego all have great programs available for those looking at maritime careers. We’re sure there are many more.

If you’re a school looking for federal funding for your maritime training center, you should contact Gerard Wall, Centers of Excellence Program Manager, at [email protected] or (202) 366-7273. There is a deadline of September 19th.

You can also send your application to this easy-to-remember address: US Department of Transportation, Maritime Administration, Deputy Associate Administrator for Maritime Education and Training, Attention: CoE Designation Program, 1200 New Jersey Avenue, SE, Washington, DC 20590. Applications are due by 8:00 p.m. EST on September 19, 2022. Or email to: [email protected]. 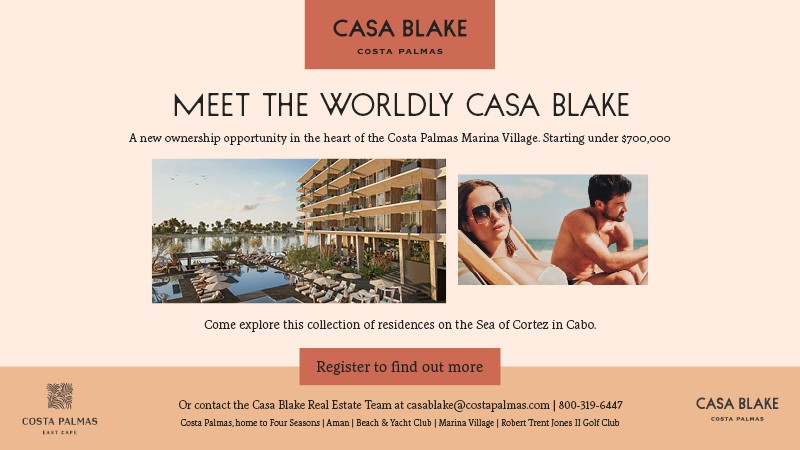 SHARE ON Tweet Share Email Linkedln
Receive emails when 'Lectronic Latitude is updated. SUBSCRIBE
'Lectronic Latitude: Wednesday, Jul 20
Triumphant Teen
Bay Area Sailor, 14, Wins Bayview Mackinac Race With Her Dad
Merritt Sellers and her father Scott have won this year's Bayview Mackinac Race.
Nests Have the Right of Way
Alcatraz Restricted Zone Is for the Birds
Bay Area yacht racers (and hopefully boaters of all kinds) know that a restricted zone exists off the northwestern corner of Alcatraz Island.
Sponsored Post
Defender: Supplier of Kuuma Water Heaters
Get your Premium Kuuma Water Heaters from Defender — Marine Outfitters of Choice Since 1938.
In Pursuit of Salvation
Classic M-Class Sloop ‘Pursuit’ Seeks Investors for Rescue
Many Bay Areas sailors remember walking past Ron MacAnnan's beautiful M-Class sloop 'Pursuit' on the Sausalito boardwalk.
Sailors' Stories
Good Jibes With Fred Huffman on the Powerful Past of West Coast Sailing
Fred Huffman has been sailing as long as he can remember, and has raced across oceans more times than you can count.
San Francisco On the Bay: The List
Discover San Francisco Bay and all that inspires those of us who live or visit here.
More 'Lectronics »
Report Listing