Could sailboats turning into movie stars be a growing trend? First it was the appearance of two SailGP F50s in the sci-fi thriller Tenet, which featured the Japan and US foiling catamarans racing on the Solent. Now, the new Top Gun film starring Tom Cruise features a well-known Bay Area J/125, Rufless.

Rufless, owned by Rufus Sjoberg, finished first on both the Saturday and Sunday of this year’s Great Vallejo Race. But before that, she featured in a six-minute-long scene in Top Gun: Maverick, the film that brings Cruise’s character, Maverick, face to face with the now-adult son of his former wingman, Goose.

In the scene, Cruise and co-star Jennifer Connelly are sailing on San Francisco Bay — sailing upwind, reaching, and setting the spinnaker downwind. And according to Stephen Colbert’s interview with Connelly on CBS’s The Late Show, Connelly did actually have the helm, as is portrayed in the film.

Rufless appears to be moving very quickly, and Connelly looks to be in her element as she informs Cruise the conditions are, “A little rougher than I expected.” (Classic Bay Area sailing conditions.) After Maverick divulges his lack of sailing knowledge, he delivers another future classic movie line: “I don’t sail boats, Penny, I land on them.”

The boat scene had originally been filmed in San Diego amid beautiful conditions, and with dolphins! But the action was lacking, so it was reshot on San Francisco Bay, chosen for its windy reputation.

Here is the full interview, including a snippet of the co-stars sailing aboard Rufless:

The film is screening in theaters, and from what we’ve read, viewers are impressed!

On Thursday, April 21, at 6:04 p.m., Ryan Finn, sailing solo aboard his 36-ft proa Jzerro, passed under the Golden Gate Bridge to finish an amazing adventure. Ryan sailed singlehanded from New York to San Francisco around Cape Horn on the 13,225-mile course called the “Route d’Or,” made famous by Gold Rush-era clipper ships.

We interviewed Ryan after he returned home to New Orleans, having left his worthy steed, looking remarkably fresh, on an end-tie at Richmond Yacht Club.

The race from the Berkeley Circle to Vallejo on April 30 went off on time, without a hitch, for all 18 divisions, in a typical westerly ocean breeze flowing through the Golden Gate into the Slot. The windward drop-mark was a mere three quarters of a mile away. Once around that, boats reached off, some setting spinnakers or code zeroes, others opting for jibs.

Changes in Latitudes: Third Gen Is a Charm (Part 2)

This is Part 2 of Chaos‘s recent trip to Mexico with three generations of one family aboard: Mark and Karen Williams, who own the boat; their daughter and son-in-law Kelsey and Stephen Farber; and sailor girls Everly, 3, and Emerson, 2. Mark and Karen set out from Seward, Alaska, last July, with the Farber family joining them in San Francisco. They are presently somewhere in the Sea of Cortez.

Also in the June issue:

If you’ve subscribed to Latitude 38, you should receive your June issue in the mail any minute now. If you haven’t subscribed, you’re missing out. But you can pick up your copy from your favorite distributor. 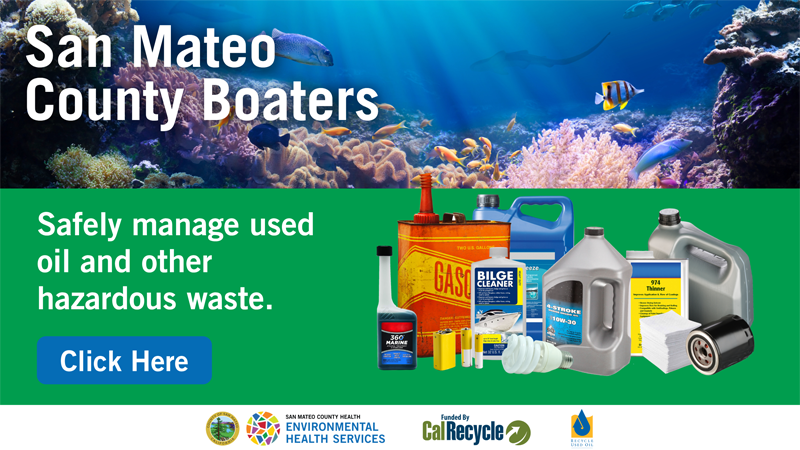 Taking the Helm of J/105s in San Francisco

St. Francis Yacht Club hosted a J/105 Women Skipper Invitational on Sunday, May 22. Eight teams sailed in the event, organized to empower women to take the helm and to celebrate women sailing in the S.F. J/105 Fleet 1. Three back-to-back races began at 9:45 (pretty early in comparison to typical regatta start times), sailed in front of the StFYC clubhouse.

Nicole Breault on Arbitrage won the inaugural edition (with Nicole’s husband Bruce Stone at mast/squirrel). Kristin Simmons on Blackhawk followed in second (with Kristin’s husband Ryan Simmons taking a lot of waves at the bow), and Chloe Lepert on Aquavit in third. Wind started in the 12- to 14-knot range and quickly ramped up to typical Francisco Bay conditions — 16-20 by the third race.

The eight teams all reported great interest in doing this again next year and attracting more boats.

Women on the Water — Woman at the Helm (WOW-WAH)

On August 6-7, WOW-WAH will return to Santa Monica Bay. Boats sailing in the WOW Division must have an all-female crew; boats in the WAH Division may have a coed crew, but must have a woman at the helm during the race. The Women’s Sailing Association of Santa Monica Bay (WSASMB) collaborates with Marina del Rey yacht clubs to organize the weekend and its lead-up. A variety of workshops help prepare the sailors for the regatta. See https://wsasmb.org/wow-wah for info.

“We are delighted to support the launch of the Women’s World Match Racing Tour,” commented WIMRA’s executive director, Liz Baylis of Marin County, California. “The Tour is a fantastic opportunity for women sailors and will continue to build on the success of the WIM Series. We look forward to working closely with the team at WMRT to help expand the Tour for the future.”

For more information on the Women’s WMRT, see womenswmrt.com.

For the last 10 days of May, World Sailing’s Steering the Course global women’s sailing festival included female-led sailing sessions and courses in Croatia, Denmark, France, Greece, Hungary, Slovakia, the UK, China, Japan, South Africa, Antigua, Barbuda, the Bahamas, Cuba, Grenada, St. Kitts, and St. Vincent and the Grenadines. Activities included ’Sail with Her’, ‘Beat Your Fear — Just Sail’ and ‘A Boat Goes by a Female Gender’ sessions in Slovakia led by female coaches, Hansa sailing and remote-control sailing in Japan, and ‘No Buoys Allowed’ in Scotland offering tasters in windsurfing, paddle sports, dinghies, keelboats and powerboating, all run by women.

An eSailing challenge ran May 23-29, with virtual competition in Barbados, Copenhagen, Denmark and Plymouth, UK. The boats changed from ILCA to 49er to Nacra 17. The top 20 finishers advance to the eSailing World Championships semi-finals during the Steering the Course festival in October. See full details of the activities here.

The Ocean Race (ex-Volvo, ex-Whitbread) has set a target of 2030 to reach an equal number of male and female sailors on board. Horizon, a new collaboration with The Magenta Project, World Sailing Trust and PA Consulting, intends to increase the number of women in professional sailing. The group is calling on the sailing, marine and sports industries to accelerate accessibility for women. According to the World Sailing Trust’s 2019 Strategic Review into Women in Sailing, nearly 60% of women in sailing have faced gender discrimination. Read more about the project here.

Welcome to Good Jibes, episode 42! This week’s host, Christine Weaver, is joined by Ryan Finn, who recently completed the arduous solo passage from New York to San Francisco, around Cape Horn. Yes, that’s what people consider “the wrong way,” and he did it aboard his 36-foot proa, Jzerro.

Hear why Ryan decided to sail from New York to San Francisco, at what point he considered backing out, what the turning point was, what he missed the most at sea, and what it felt like to sail under the Golden Gate Bridge and arrive at his destination. 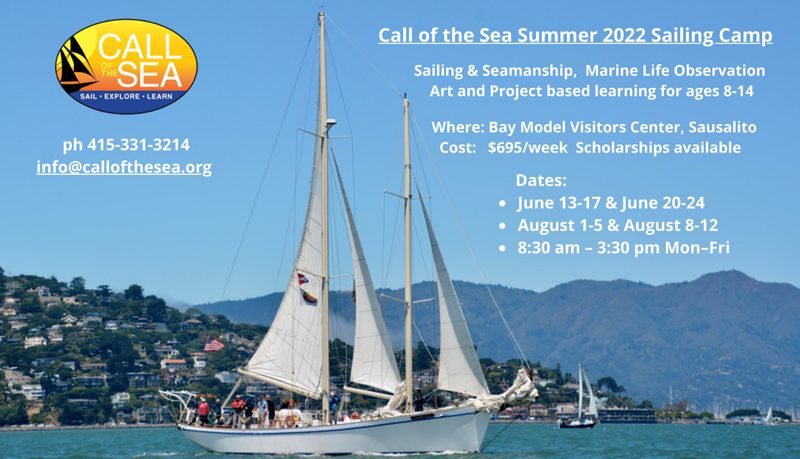 Campers will learn to hoist the sails, and navigate and sail the schooner with the oversight of professional crew. Shoreside activities include art, marine science activities such as squid dissection and plankton observation, and some time to play! Lunch and snacks included.