“For tropical development to occur, it is important to understand some of the atmospheric and oceanic parameters which must first come together:

“The El Niño Southern Oscillation, also known as ENSO, is a primary driver of climate across our world’s oceans, and especially ocean temperatures in the Eastern Pacific. ENSO also plays a significant role in tropical development across the Atlantic Basin. When ENSO yields a warming phase in Eastern Pacific sea-surface temperatures, El Niño develops. A cooling phase will result in a developing La Niña. The effects of ENSO on the Atlantic Tropical Season are shown in the below table:

“Looking ahead, we expect that ENSO will remain neutral into the summer and autumn months. A weak La Niña is more likely to develop closer to the peak of Hurricane Season. Sea surface temperatures are currently averaging between 1-2 degrees Celsius above average across the Western Tropical Atlantic through much of the Gulf of Mexico, coupled with weaker winds aloft. If a more notable La Niña develops, then expect an increase of tropical activity in the Atlantic basin.

“For these reasons, WRI predicts an above average season in the Atlantic Basin, with 16-19 named tropical systems.”

WRI will host a free Tropical Webinar on Thursday, June 4. Senior meteorologist Jeremy Davis will talk about the 2019 Atlantic Hurricane Season. “We will also discuss the numerous tools we offer to keep you aware and safe during the upcoming season.” The webinar will start at 9 a.m. PDT. Go to www.crowdcast.io/e/atlanticoutlook2020 to sign up.

Do you use an inflatable life jacket? Have you checked it recently, or ever?

Last week, May 16th to 22nd, was Safe Boating Week, and US Sailing posted a great video (below) in their free online Starboard Portal called Keeping Inflatables in Life Saving Condition. In this excellent presentation, our good friend Chuck Hawley covers all the basics you need to tune up your inflatable life jacket, and wear it with confidence.

We know that not all sailors prefer inflatable life jackets, but we feel that the best vest is the one you’ll actually wear, and inflatables excel in lightness and comfort. As we settle into the hot summer boating season, we’re glad to have our light, ergonomic gear.

Chuck Hawley is uniquely qualified to explain the pros and cons of inflatable life jackets. He served as chair of the US Sailing Safety at Sea Committee from 2011 to 2017, and we’ve read his committee’s reports explaining well-known sailing accidents like the Low Speed Chase and Wingnuts incidents.

After college in Santa Barbara, Chuck started out working in West Marine’s first Palo Alto store, and bought a yellow Moore 24 soon afterward, in 1979. Many solo practice sessions on Monterey Bay culminated in the 1980 Singlehanded TransPac race, which Chuck sailed a second time in an Olson 30. Since the ‘80s, he’s sailed over 40,000 ocean miles. This has included everything from setting an Atlantic record and a near-faceplant on Steve Fossett’s PlayStation catamaran to losing the keel on a 70-ft ultralight and turtling a Viper 640 in Monterey Bay. Chuck also is the father of five daughters, including triplets. His adventures, as it were, have been varied.

We met Chuck in 1995 when he was Vice President of Product Development at West Marine. He had his hand in the development of scores of new products, including a new generation of inflatable life jackets.

Since retiring from West Marine in 2013, Chuck Hawley has remained dedicated to US Sailing and Safety at Sea. He’s been the master of ceremonies at over 80 Safety at Sea seminars sponsored by US Sailing. If you’re going to sail offshore, especially if you’re thinking of a Hawaii race in the future, there’s no better source on how to do it safely. And if you’re just planning on servicing your inflatable life jacket, or if you don’t think inflatables are even a good idea, watch this video.

Chuck Hawley checks in this coming Monday, when the World of Chartering section is delivered with the June issue of Latitude 38. His story covers a recent Wilderness Medical Society-sponsored “MedSail” trip, which he frequently leads. These trips to the British Virgin Islands are group charters that offer continuing education credits to doctors. 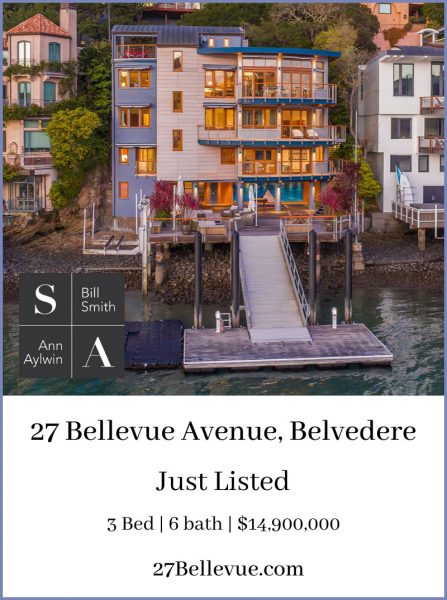 In these seemingly timeless times, what better occasion to check in with that drifting-est of drifters, that leaf floating on the proverbial wind, that proverbial proverb who is both the enigma and the answer. We are, of course, speaking about a Mr. James Buffet (as no one calls him), better known as Jimmy Buffett, a sailor, surfer, branding and marketing genius, tireless tourer, and, by his own reckoning, a pirate born in the wrong time who’s been searching for a thing he never seems to find.

What better mystic maestro to serve as captain of a romantic ideal of the sailor’s life, where we seek a journey as much we do a destination? But what is it, exactly, that we love so much about Buffett’s songs, concerts, merchandise and lifestyle?

There is little news to report on Mr. Buffett, save a few nuggets. By definition, if not by cosmic design, a drifter floats into one’s life at the most unexpected of moments. While locked down and diving deep into our video library recently, a friend and I rewatched a favorite: Hook. The film includes a cameo from longtime sailor David Crosby, as well as a lesser-known spilt-second on film:

A few weeks ago, a West Virginia newspaper reported that Jimmy Buffett and the Coral Reefers will bring their “iconic island escapist music” to nearby Burgettstown, Pennsylvania, in mid-July. (Jimmy B’s current tour, which does not include the West Coast, was put on hold these last few months.) The newspaper story went on to take a quick tour of the singer’s career, including how Buffett got his start “playing for drinks.” (Can you imagine a journalist finding any excuse, no matter how little of a news hook available, to write about Mr. Buffet?)

Also on hold indefinitely is Escape to Margaritaville, Buffett’s theater adaptation of his most famous ballad.

When asked, “Why Broadway?” by NBC News in 2018, Jimmy Buffett said, “It’s been a longtime dream; I think it started with my mother taking me to musicals where I grew up on the Gulf Coast,” Buffett said. “I’ve always liked [musicals]. I’ve always liked the fact that there are live audiences there.” Buffett told NBC that he “almost” got to Broadway with a show he co-wrote with Herman Wouk, the Pulitzer Prize-winning novelist — their musical Don’t Stop The Carnival was onstage in Florida in the late ’90s.

A friend of Latitude who described themselves as a “hardcore, lifelong” fan of Jimmy B. caught Escape to Margaritaville earlier this year, and said, to their regret, “It was cringeworthy at times.” Our friend said that Escape felt a little hokey and contrived, “like they were trying to crowbar all of his songs into the play.” A 2018 review by the New York Times said of the musical, “The story . . . asks that you notice the winking way it sets up situations that will later make Mr. Buffett’s lyrics seem as if they were custom fitted to the yarn rather than the other way around.”

A review of Escape to Margaritaville by  DC Metro Theater Arts said that the show was “overly literal.” “The writers don’t give Buffett’s songs enough credit. They’re rich, self-contained stories, worth exploring as metaphors.” DC Metro went on to say, “There is one truly funny, self-aware line, delivered courtesy of the black musical agent who discovers [the Buffett-inspired protagonist] playing in a bar. ‘Acoustic guitar, songs about the beach, Hush Puppy shoes . . .? White people love that kinda shit.'”

Did Jimmy Buffett’s art arrive in a moment of epic cultural timing, singing us a song that we’d always wanted to hear? (If one is truly drifting, then it’s supposed that they’re drifting — with both abandon and intention — toward serendipity.)

We stumbled onto a surprisingly good YouTube documentary that traced the roots of Jimmy Buffett’s colossal success to America’s post-WWII fascination with so-called Tiki culture. This phenomenon led to the clean-ish-cut, happy-go-lucky beach culture of the ’50s and ’60s, before the harsh, end-of-the-fairy-tale reality of the ’70s and ’80s. “Around the latter half of the latter half of the century, Americans were once again ready for something light and beachy, whether they knew it or not,” said the documentary. “An unlikely southerner, named Jimmy Buffett, wrote the anthem which continues to define the neo-Tiki culture.

In that 2018 NBC News interview, Buffett was asked about his astonishing success (Forbes says Buffett is worth some $550 million) by host Megyn Kelly. Buffett shared an anecdote: “I couldn’t really get work [as a musician], and I had a degree in journalism, so I went to work for Billboard Magazine in Nashville. That two years there gave me an insight to what the music business really was like: You’re pretty much a disposable commodity. I learned that if you were going to be successful, it was essential to take care of your own business, and not let other people do it.”

“You’re an example of hard work,” Kelly said. “What’s your advice when it comes to ambition for joy vs. ambition for success?”

Buffett replied that he’d originally planned to go to the Naval Academy, “but I got that guitar, and it seemed interesting.” He went on to offer a businessman-like phrase on how he struck the appropriate balance — or what metaphysics might call “dualism” — saying: “Put the work-to-play ratio in proper perspective.”

While society has always looked down on beach bums and surf slackers, we also quietly hold them in esteem — or secretly envy them. So what, exactly, attracts us to the Jimmy Buffett lifestyle? Does Buffett speak to the soul of sailors, especially those of us getting on in age?

My dad used to listen to Jimmy Buffett relentlessly. I hated it, and had a visceral reaction to the slow, twangy country cadences, and even to the hedonistic Why Don’t We Get Drunk (and Screw) attitude of Buffett’s ballads. (How often do children find their parent’s music morally bereft?) It was only years later, perhaps around the time that I was looking at 40, when I began to appreciate Buffett’s poetry.

Buffett’s songs are endlessly catchy, and I often find myself singing along without realizing, or without wanting to. (Even as I write this line, Buffett’s melodies crash through my head in a twangy cacophony.) This is not to say that Buffett’s songs are ‘simple’. Quite the contrary. “My occupational hazard being my occupation’s just not around,” Buffett sang. “Yes I am a pirate, two hundred years too late. The cannons don’t thunder, there’s nothing to plunder. I’m an over-forty victim of fate.”

How many songs are there about facing middle age, and facing your own irrelevance? And how many people can make such existential quandaries sound cool, even enviable?

Oh yeah, Jimmy Buffett is also a best-selling author — one of only eight writers to reach number 1 on the New York Times bestseller list for both fiction and nonfiction, according to the YouTube documentary. And, after decades in the music industry, Buffett began winning (and being nominated for) awards in the early 2000s. The Drifter’s talent, ambition, range, business acumen and work ethic are second to none.

It is endlessly ironic, however, that Buffett’s empire was built on the idea of simply kicking back with some cold ones, and taking life easy — at least in the right ratio.

“From war, to prosperity, to prosperity corrupted, Western Man has always possessed a deep-seated desire to return to Eden,” the documentary said. “Although this may manifest in indulgent, frivolous and tacky ways, perhaps, once in a while, we owe it to ourselves to take things lightly.”