We are saddened to announce that we have lost a great sailor, but we are happy to celebrate a full, colorful life that was lived well.

On Saturday, James Harden DeWitt passed away at the age of 92. He was a giant in the Bay Area sailing world as a racer, sailmaker and painter, a true Renaissance man who wore his passions on his sleeve. As a celebrated marine painter, DeWitt’s style was bright and bold. If you were even remotely familiar with his work, you could recognize a Jim DeWitt painting from a mile away.

His talent was prolific, but DeWitt was kind and humble, and a distinguished ambassador for sailing.

We are grateful to have known him.

DeWitt was a truly a Bay Area native.

Born in Oakland in 1930, he grew up sailing on Lake Merritt. Working as a lifeguard when he was 19, Jim saved money to buy materials for an El Toro (#216), which he built in his basement. DeWitt wasn’t exactly a natural — according to one story, he kept trying to sail straight into the wind, and got a lot of dead lasts in races, before it started to click.

But Jim was clicking with art as a young man, too. Around age 5, he was drawing sailboats on paddles. At Oakland High School, DeWitt got an A in art class, and his mother eventually suggested art school. He first attended the California College of Arts and Crafts in Oakland before studying at Los Angeles Art Center in Pasadena, where DeWitt realized his budding talent for painting. “Somehow, it was one of the things I was pretty good at,” he said.

Jim DeWitt would also realize that he was dyslexic, something that was not well understood or diagnosed at the time. “I was halfway through life when I realized what dyslexia was, and then when I heard that Einstein was dyslexic, I said, ‘Oh boy; I’m in a good crowd.'”

About 10 years after finally mastering El Toros on Lake Merritt — he would tie for first place for season champion his first year sailing — DeWitt traveled to Annapolis and won the Mallory Cup with crew Jocelyn Nash and Jake van Heeckeren. He won “a lot” of Litpton Cups, and was a very talented racer.

And then he started making sails, opening his loft in 1960, when he hired Jocelyn Nash. DeWitt designed El Toro sails. (“I was my own first customer.”) He designed Snipe sails. He invented the “umbilical cord” for spinnakers.

The DeWitt loft was eventually sold to Sobstad, which was then sold to Quantum. It still operates in Point Richmond.

As we said, we take comfort in knowing that Jim DeWitt lived a full and prosperous life, and that his legacy will live on through his paintings.

You can read our February 2021 profile of Jim DeWitt here.

This week in Good Jibes we’re casting off with the stories “Clipper Race — Around the World in 29 Months” and “Far Side of the World — Voyage to the Antipode” from the November 2022 issue of Latitude 38 Sailing Magazine.

Hear Dr. Holly Williams’ tales from 2019-2020 Clipper Round the World Race, and Drew Smith’s journey to the completely opposite side of the world. This episode covers everything from antipodes to Google Maps. Here’s a small sample of what you will hear:

Also, if you want to find some of the books recommended by our Good Jibes guests, you can look for them at our new Latitude 38 Online Bookstore. 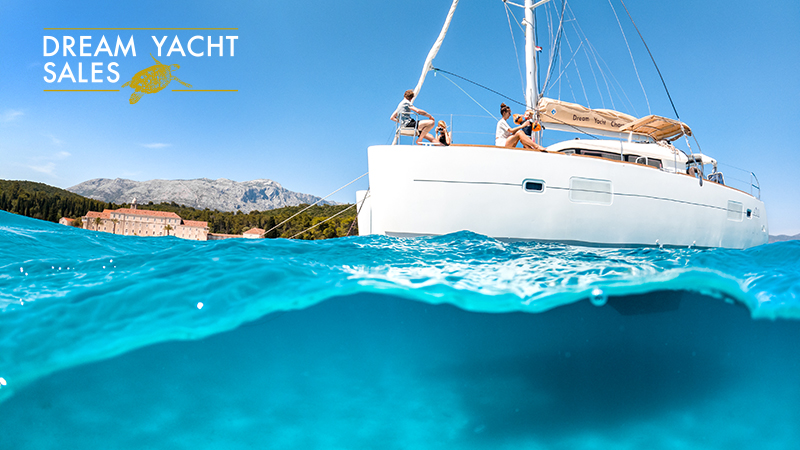 It’s a busy Bay, with numerous venues hosting competitive fleets in a wide range of classes. The big boats often get the attention, too often overshadowing the many youth sailors who are mastering the craft of racing in challenging one-design dinghy classes as part of local high school sailing and the Pacific Coast Interscholastic Sailing Association. One of those sailors is rising star Tor Svendsen, who closed out October with two strong performances in the ILCA 6 (formerly Laser) Fleet by winning the class in the St. Francis Fall Dinghy Regatta and taking second in the Interscholastic Sailing Association Cressy Regatta, the Singlehanded National High School Championship, in Norfolk, VA.

We salute Tor and appreciate seeing rising stars emerging from the active Bay Area and West Coast high school sailing teams. It’s no easy feat to rise to the top of these fleets. Dinghy sailing is a ton of fun and one of the best ways to hone your sailing and racing skills, and one of the best after-school sports you could ever join.

This is an informal race just before the holidays. Since we in SoCal are blessed with warm weather most of the time, well, why not? Turkeys, bags of stuffing mix and other prizes for Thanksgiving dinner are among the many trophies awarded.

This one proved to be interesting due to the recent 40- to 60-knot Santa Ana winds that hit inland areas and the Malibu Hills. Temps at the marina were in the high 70s in the morning under blazing sunshine. A perfect day, except — the forecast winds went into collective hiding and about two knots showed up, with a couple of 10-15-knot gusts.

Fortunately, the seas lay down and were relatively flat. High surf was recorded farther north, but Santa Monica Bay off Venice and points south was like a mill pond. The race committee shortened the planned race courses for both the PHRF and Cruising classes to 9.5 miles after about 20 minutes of parking-lot conditions.

The after-race party featured a fine pasta dinner and a Thanksgiving-themed raffle. Neil Fraser’s winning performance on the racecourse carried over to the party, as he won a whole turkey and stuffing.

Happy Thanksgiving to all!

We give credit to outdoor retail coop REI for daring to make the bold move, starting in 2015, to close all their stores nationwide on Black Friday. Crazy, right? On their website, they say, “On Black Friday we want to recognize the value of time spent outside and the impacts it has on our well-being.” For sailors, that means sailing. While the malls will be full on Friday, the Bay will likely remain one of the least crowded and most pleasant places to spend the day.

Brian Kline, who sails his Pacific Seacraft Dana 24 Maris out of Berkeley Marina, wrote a story in our January 2022 issue about the amazing fall and winter sailing available in the Bay Area. Brian reminds us that winter sailing means you can catch a great sunset and be back at the dock in time for dinner. Winter officially starts on the solstice on December 21, but winter sailing (and Midwinter Racing) all start in November. LaDonna Bubak also wrote about why winter sailing is one of the best-kept secrets on the Bay.

The weather for the weekend looks about as good as it can get. Though we’re still praying for rain, we should enjoy the sunshine while it’s here.

Have a great Thanksgiving, and be grateful you live in a state where you can go sailing 12 months a year. We hope to see you #optsailing on Blue Friday. The “off season” is now on. 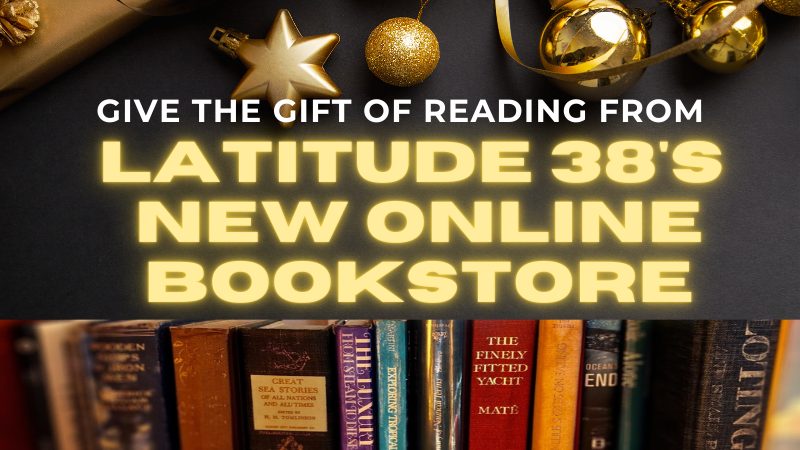 From fiction to nonfiction, classics to underground favorites, history and how-to’s, navigating and maintenance, racing and cruising, triumph, tragedy and the joys of cruising, there is something for every sailor and every season at the Latitude 38 Online Bookstore.