The second annual Flamingo FUNd Race on Friday raised fun and funds for the schools of Barra de Navidad. The pursuit race for cruisers, many sailing their full-time homes, started in very light breeze off the beach, near the entrance to the Laguna and the Isla de Navidad resort and marina. Bright sunshine, 84º air temperatures, and 80º water set the stage for this, the main event of a week of sailing and shoreside activities.

The wind did eventually fill in; one of the sailors reported a breeze of 10 knots. The second lap of the two-lap triangle course went much more quickly than the first lap.

Rick Antles and Susan Zuelke’s Cavalier sloop White Raven caught up and passed earlier starters Sonrisa and Dolce during the third leg. The crew held off a fierce sortie by Eric and Kim Rimkus’s Beneteau 461 Gladiator to win the race. We’ll have much more on the race and the week’s activities in the March issue of Latitude 38. Also be sure to see our posts from Barra in last week’s ‘Lectronic Latitude.

And now for something a little different … Welcome to February’s Caption Contest(!).

You can find last month’s Caption Contest(!) winner and next top ten in the February issue of Latitude 38. 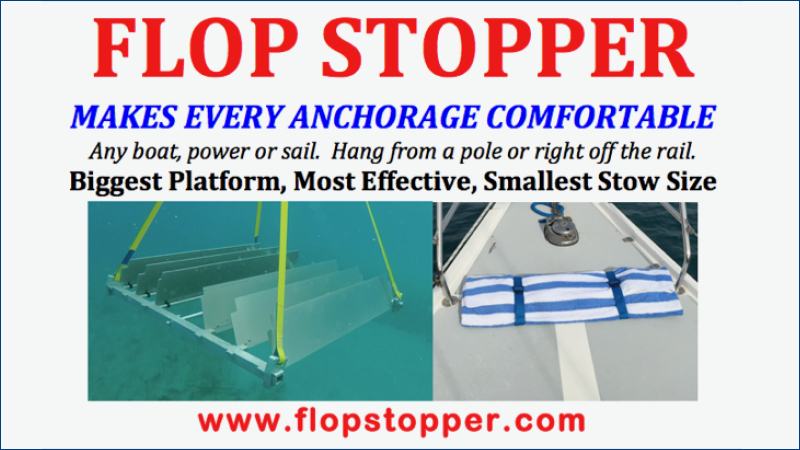 We know it’s happened. You’re flipping through the pages of Latitude 38 on February 14, the day before our classified deadline, and suddenly, it’s love at first sight. The one love you just can’t live without.

We were looking through to see what’s showed up in the pages lately when we came across the Cal 39 Kukui for sale. Of course, the Cal 39 is a well-known California classic racer/cruiser, and there are many of them up and down the coast and around the world. Bob Walden is one local owner who successfully races his Cal 39, Sea Star, on the Bay. Kukui has been on the Bay for over a decade, but is now in the Sea of Cortez and all set for someone to take her cruising.

The pages of Latitude 38 are a veritable print and digital match.com filled with potential sailing mates. You’ll find them in the numerous ads from our many stellar West Coast brokers or in the ever-changing Classy Classifieds. If you’re looking for your next love interest, have a look at the pages of Latitude 38. If it’s time for a change, make sure you add your boat for sale by 5 p.m. tomorrow, the 15th. We’ll keep it just between us and all of our Latitude 38 readers.

The thing about history is that there is more of it every day. In a recent ‘Lectronic Latitude we posted just a few from a treasure trove of historical photos uncovered by the Wulzen family. Their father, Frank Wulzen, was a photographer and captured many terrific photos from the ’30s and ’40s, including the one below, which they believe is the Star of France and likely the last square rigger being towed out the Gate for scrap. The story appeared in the San Francisco Examiner on November 3, 1932.

The San Francisco Examiner says the Star of France was built in Ireland in the 1880s, was brought around Cape Horn, and was one of the last iron “Star” ships launched. When the Alaska Packer fishing fleets ended their trips, which sailed from the docks by Alameda’s Fortman Marina to Alaska, they idled in Alameda for many years.

Chris Boome sent in one of his favorite photos from yesteryear — a classic schooner sailing on San Francisco Bay.

Boome purchased this shot of the centerboard schooner CHISPA at a StFYC auction in the 1980s. The caption says she is one of the great schooners of the ’80s (the 1880s) and shows her power-beating across the channel to Meiggs Wharf, which in the day was an exceptionally long, L-shaped pier built by Henry Mieggs. It stretched 1,600 to 2,000 feet into the Bay by North Beach, off the northeast corner of San Francisco.

The caption goes on to say, “Contrary to popular impression, these big centerboarders were at their best in a real breeze and going to windward, and boats of the CHSPA‘s general model dominated the races on San Francisco Bay in the days when waterline length was the only consideration in handicapping.”

As Scoop Nisker used to say on KFOG, “If you don’t like the news today, go out and make some of your own.”

SHARE ON Tweet Share Email Linkedln
1 Comment
Receive emails when 'Lectronic Latitude is updated. SUBSCRIBE
'Lectronic Latitude: Friday, Feb 11
MEXICO ON THE HORIZON FOR 2022
Baja Ha-Ha XXVIII Will Launch on October 31!
As we head into spring many are already thinking about heading south in the fall for Baja Ha-Ha XXVIII.
West Coast Sailors Honored
Emily Zugnoni and Charlie McKee Receive US Sailing Awards
Bay Area sailor Emily Zugnoni and two-time Olympic medalist Charlie McKee are among 16 sailors who received a US Sailing Association Award.
Sponsored Post
Vallejo Marina: Gateway to the Bay, Delta, and Napa River
Visit Vallejo Marina and enjoy the guest and fuel dock, free pump-outs, full service boatyard and chandlery, plus two restaurants!
An Inspiration for Valentine's Day
He Sailed to Mexico with the Baja Ha-Ha and Never Left
What the heck is a Baja Ha-Ha burgee doing hanging in the restaurant's tequila lounge?
Sailing Is Good For You (Me)
Cap’n Fatty Goodlander Survives by Looking at Jib Telltales
"I don't have to sail far. I don't have to sail aboard a fancy or expensive vessel. All I have to do is get on the water and trim my sails — Mother Ocean kindly does the rest."
Getting the Good Reads
Where Do You Pick Up Your Latitude 38?
The weekend is upon us, and we hope you all take the opportunity to color the Bay with beautifully billowing sails.
More 'Lectronics »
Report Listing