The Poobah believes he was put on earth to help other people have some fun as they pass through their personal vale of tears called life. For nearly 40 years his main vehicle of choice was Latitude 38 sailing magazine, and for the last 27 years, the Baja Ha-Ha.

About 15 years ago the Poobah took pity on a bored-looking group of slack-jawed tourists in a panga off the bay side of Lover’s Beach in Cabo San Lucas. Channeling Burt Lancaster and Deborah Kerr in the then-racy scene from the 1950s movie From Here to Eternity, the Poobah gently threw his future wife down on the sand, embraced her, and passionately kissed her as he rolled her into the breaking surf.

While the move did result in the Poobah and Doña de Mallorca getting sand in their clothing if not orifices, and her not being very happy, it did manage to bring a little levity into the lives of the tourists in the panga. So it had been a sacrifice worth making.

Always looking to improve the Baja Ha-Ha, the Poobah introduced the ‘Here to Eternity Kissing Contest’ (HTEKC) to the Ha-Ha activities the following year. The curious thing is that over the years it’s been the more senior Ha-Ha folks who have been the most enthusiastic participants. Not so much the younger folks. The quality of the event usually depends on the size of the surf at Medano Beach, the contest site. So it was that despite the passionate efforts of this year’s contestants, it was a very good HTEKC, but not an epic one.

Who won? Everyone who had the joie de vivre and courage to participate, that’s who.

By the way, the two young girls dashing into the surf together had nothing to do with the Ha-Ha. They were just so overcome by the ambience of passion that they had to join in.

You can check out more photos here.

A couple of weeks ago we received a letter from Dave Butler, son of legendary boat builder Frank Butler. Today, November 15, is the first anniversary of Frank Butler’s passing, and Dave wrote to share some memories of his dad, the founder of Catalina Yachts.

“Over the past year my mom, sisters, brothers and myself have read so many articles written in your publications and online. Our family has appreciated all the great stories and would like to say thank you to all those people and everyone that supported dad.”

Dave and his mother and siblings got together to write down some of their memories of the West Coast boatbuilding icon. As you can imagine, a man like Frank would have amassed many achievements, and therefore leave many tales for his children to share. We don’t have room for all of them, so here are some highlights from what the family wrote.

Frank Butler grew up in Glendale, California. He was a hard-working gunsmith and a machinist. In 1962 Frank decided to buy a 21-ft Victory sailboat to spend more time with his family. After placing a deposit and ordering his new boat, he found out that the boatbuilder was having financial difficulty and was not planning on building his boat. So, one day after work Frank stopped by the shop where they were to build his boat, and explained to some of the employees who he was. He pointed to one of the boats and told them that would be his boat. They said no it was not his boat, but some doctor’s boat. Frank explained that his boat was in production and he was going to help them build it. Frank would not take no for an answer and so he jumped right in and started working on his new boat.

Every day after work, he stopped by and continued working on his new boat with the employees. The employees told the owner about this guy “Frank” and what was going on. The owner stopped by to talk to Frank. He explained his financial problems and shared that he would soon be closing his business. He asked Frank if he would like to buy his business. Frank went home and talked to his wife, Jean, about this offer.

Frank began building boats, and with changes in design and production his business began to flourish. He began to design and build new boats of many different sizes. The yachting industry took note, and in 2013 Frank was inducted into the National Sailing Hall of Fame.

When Frank first began building boats, he and the other boatbuilders would attach a fiberglass hull to a fiberglass deck, and then they would finish the interior with wood. Frank realized he could save time and money by making a liner. He then made a fiberglass hull liner with a floor, seats and storage cabinets all in one piece. He then installed that liner inside the hull. He did the same for the deck with a finished ceiling and everything else that was needed. Then when he put the deck on the hull most of the finish work was done except for some minor wood work. Once the other boat manufacturers saw what he did, they then followed and have done the same ever since.

Most people that knew Frank would say he had a great sense of humor. I remember when he acquired the Nacra Catamaran boat company. He went to a dealer’s meeting and hand-delivered a dozen black roses to the Hobie Catamaran table. He told them there was a new catamaran dealer in town.

Thank you to the Butler Family for sharing some of their memories. Many West Coast sailors and Latitude 38 readers have sailed, and still do sail, a Catalina designed and built by Frank Butler. 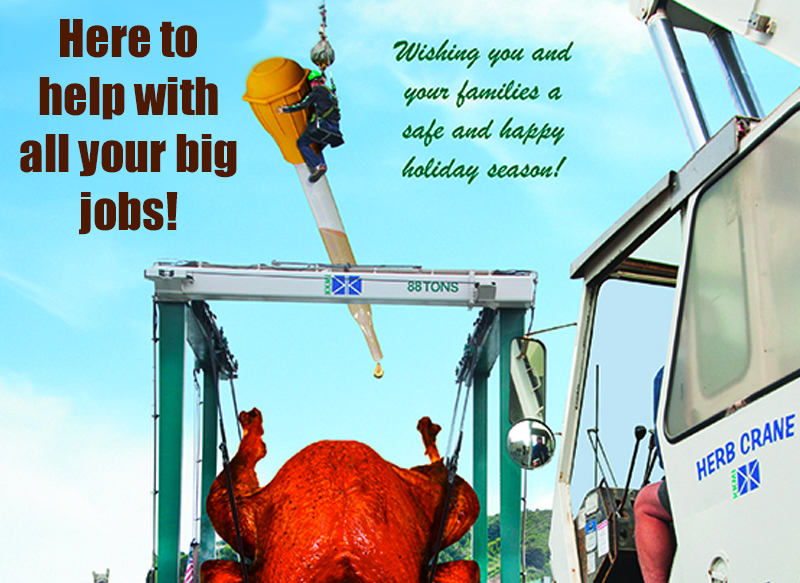 KKMI is here for you this Hauliday Season.

Wylde, from Hood River, OR, recognized how great it was to have all the 8Ms [women and youth division] sailing together. “The fleet was very fast and strategic. My two race wins demonstrated how I am advancing in the class.”

Wylde is no rookie to competition. Originally a standup paddleboarder, she’s a two-time ICF Standup Paddle Board World Champion, won the 2021 European Championship tour, and a week ago won the 2021 Wingfoil Racing World Cup. Having jumped into the iQ class just a year ago, Fiona notes, “This event was the first time I felt really comfortable sailing the iQFoil gear and managing the racecourse.”

US Sailing reports, racing was tight throughout the event for both the men’s and women’s disciplines. It was a battle on the start line and provided a spectacular show for spectators, coaches, event organizers and race officials. Of the competitors racing in Clearwater, a majority were under 20 years old, an inspiring look toward the future of the new Olympic discipline, windsurfing, and foiling in the US.

Wylde is training hard to win a berth representing the US in the iQFoil class in the 2024 Olympics in France. You can see complete results here.

We recently received an email from a concerned reader, alerting us to a proposal for what he wrote are “congestion management” tolls to access and leave Treasure Island. According to the website San Francisco Planning, developments on the island include “up to 8,000 homes; 140,000 square feet of new commercial and retail space; 100,000 square feet of new office space; a 500-room hotel; and 300 acres of parks and public open space.” It is also written that “the project creates a town center and also includes a ferry terminal, retail district, plaza, and a 400-slip marina.” This all sounds like good news right? Except that there is now a plan to subsidize some of the development costs with tolls.

The concern our reader expressed is that the tolls will affect all water users: “In addition to impacting windsurfers, wingers, kiters, kayakers, SUPs and non-motorized water sports having parking and access to the ramp on the northeast corner, as expressed in the Bay Conservation &  Development Commission’s Bay Plan, the toll also impacts not only sailors trying to get to the marina but also wanna-be youth sailors trying to get to the Treasure Island Sailing Center.”

Links and phone numbers to join the meeting can be found here: Treasure Island Outreach.

To be honest, we don’t know a lot about what is happening regarding the tolls, but if they’re going to affect sailors, we’ll be doing our best to find out more and let our readers know what’s happening. Stay tuned! 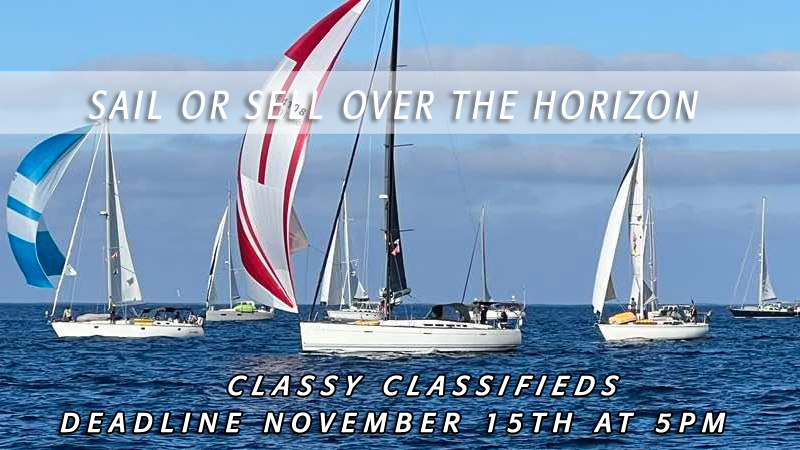 SHARE ON Tweet Share Email Linkedln
Receive emails when 'Lectronic Latitude is updated. SUBSCRIBE
'Lectronic Latitude: Friday, Nov 12
Mexico Welcomes the Fleet
Keeping Up with the Baja Ha-Ha Happenings
The Mexico navy made their presence known and boarded a few boats. They are always a little intimidating with their automatic weapons, but also always polite.
A Question for the Nation
A Word About Non-Brightly Colored Foul Weather Gear
What is your foul weather gear philosophy? Do you choose bright colors for safety, dark colors for style, or do you just buy what's affordable, or accept what's been handed down?
Sponsored Post
Skippers Wanted: US Coast Guard-Licensed Captains for Charters and Private Lessons
Wanted: US Coast Guard-licensed captains for charters and private lessons. For power & sail. Hourly rate from $50 up. Weekend and weekday work available.
And the Winners Are ...
2021 Season Championships — Part One
"Sailing on Tomales Bay returned somewhat to normal this year, and normal never felt so good."
A View on the Underwater World
Could Zombie Purple Urchins Eliminate Kelp and Kelp Cutters?
If you like sushi, make sure you order uni — the sea urchin. It's a way for you to help the return of the kelp forests one bite at a time.
More 'Lectronics »
Report Listing