There is no shortage of folks who will tell you the Delta is a great place to visit 12 months of the year. In fact, sailor and artist Martin Machado wrote about his March 2020 pandemic escape to the Delta in our June 2020 issue. The Delta was an ideal escape from the pandemic in 2020, but more frequently, it’s known as an ideal escape from the Bay’s cool summer winds and fog. And that season is right around the corner.

Like all escapes, the voyage can suit the escapee. Some are in search of the ultimate party. Others are looking for a quiet corner for a read, or to paint. For artist Martin Machado, it was painting along the shoreline that inspired his Delta exploration.

Before you head up to the Delta, we’d suggest you read Machado’s story, or any of the stories on our Delta page to get your game plan together. Our Boat-In-Dining page has restaurants around the Delta and all around the Bay Area waterfront. We’re looking forward to reading and writing about your Delta summer. Send us your photos and stories here.

In June 2019, Breskell was on the hard at the Royal Newfoundland Yacht Club in Conception Bay South to undergo a refit for a second attempt of the Northwest Passage. A beautifully made aluminum crow’s nest, built by the professional metalworker Walt Trisdale in Port Townsend, WA, had arrived in a crate. As captain Olivier Huin had learned from the previous year’s attempt, this would offer a lofty viewing platform for locating a path through the Arctic ice. However, the design of actually mounting it to the mast still needed to be worked out. When Olivier asked me to do this, I took a hard gulp. To get this wrong would be catastrophic.

With limited time and finances to solve this problem, I established an engineering plan that would give me confidence in a safe installation. We determined the best location on the mast, considering the already-attached radar, spreaders, and staysail stay. With the vision developing, I bought some aluminum angle bar at a St. John’s industrial supply store. Using a cut-off wheel for cutting and a boat stand as a vise, I manufactured braces for the bottom and straps for the top of the nest. After drilling and tapping all the necessary holes for these and the nest’s spine, I used 3/8-inch stainless steel bolts for fasteners and dry-fitted it all to the mast.

Then I removed the crow’s nest and sanded it and the mast at the contact points, adding tooth and removing oxidation from the aluminum. The captain and I immediately mixed up some epoxy and filler, slathered it on, and reattached the nest with the fasteners. Another Northwest Passage-transiting skipper moored at the club gave us some Tef-Gel to coat them, aiding against electrolysis between the dissimilar metals.

After the epoxy had set, I inspected the installation to assure my confidence. I felt good. With negative life-changing and life-ending consequences, failure was not an option. The final touch was to round off any sharp corners and edges to avoid sail chafe.

We stepped the mast, and I wanted to be the first to the nest. Since it was my work, I felt I should be the one to suffer if it was inadequate. Should you trust a cook who won’t eat their own food? However, the captain beat me to it, even jumping into it on arrival. Ugh. I was next, once again inspecting the installation. I was satisfied, at least for our journey through the Passage to our final destination of Port Townsend. The captain was planning to rebuild the boat on arrival, and he could re-evaluate the crow’s nest moving forward.

Was it useful? Heck, yes. Besides adding a thrilling recreational vantage point, we used it in Peel Sound in particular. Breskell led two other sailboats through, at times, dense pack and drift ice. The crow’s nest offered an ability to pick the best path, reducing the sometimes-needed backtrack when running into impassable dead ends. We used portable VHF radios and hand signals to communicate with the helmsman.

The Resourceful Sailor accepts no liability for the safety of this kind of installation. Even the warranty of a professional shipwright will not bring back a life. Make your own decision on the security, and climb masts at your own risk. While this project is only for a few, the Resourceful Sailor hopes to inspire others in their boating endeavors and creative solutions. Remember, make them safe and prudent, and have a blast. 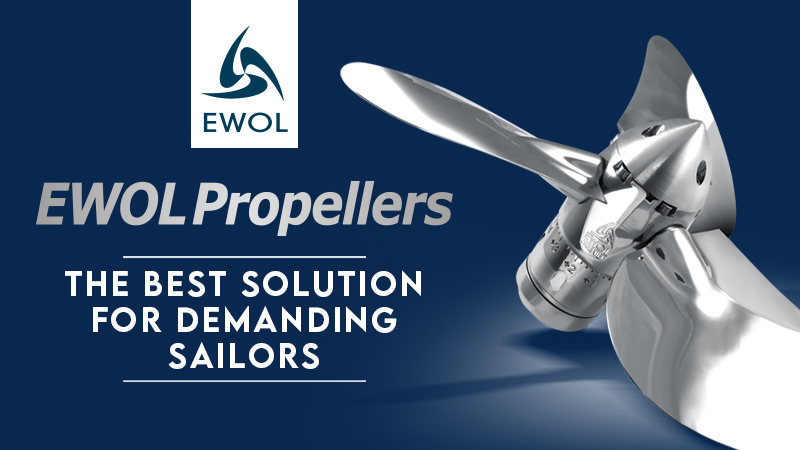 The North Atlantic hurricane season will begin on June 1 and run through November 30. Forecasters expect activity to peak in early September.

Ernesto Findlay, meteorologist for Weather Routing Inc., issued a report on the outlook for the upcoming hurricane season in the North Atlantic. “Over the last 30 years, the North Atlantic hurricane basin has averaged a total of 14 named storms, 7 hurricanes, and 3 major hurricanes per season.

“One of the main sources of year-to-year variability of hurricane activity in the North Atlantic hurricane basin is the El Niño Southern Oscillation (ENSO), which has strong effects on the upper level wind patterns over the Atlantic Ocean. Looking ahead, we expect the current weak La Niña state to persist through early summer and then transition into a neutral phase state. The Neutral Phase of ENSO is expected to persist through the autumn with a small chance of transitioning into a weak El Niño later in the autumn.”

“WRI expects a slightly above average tropical activity for the 2021 North Atlantic tropical season, with an anticipated 15-18 named tropical storms, 7-10 Hurricanes and 2-4 Major Hurricanes (Cat 3+),” continues Findlay. “Agencies … agree that the 2021 season is expected to be above normal. Colorado State University is predicting 17 named storms, while Accuweather is predicting 16-20 named storms.”

The Boat Owners Association of The United States (BoatUS) offers free help at BoatUS.com/Hurricane. Boaters can create their own hurricane plan, watch a video on how to set lines, or review the BoatUS Magazine Hurricane Planning Guide to help protect their boats.

“Beginning with this year’s hurricane season outlook, NOAA’s Climate Prediction Center will now use 1991–2020 as the new 30-year period of record for the seasonal average, rather than basing it on the prior 1981–2010 period,” reports BoatUS. “This means the annual Atlantic hurricane average seasonal outlook has increased to 14 named storms, while the previous 1981–2010 data averaged 12 named storms a year.”

Andres developed well off the coast of Mexico. The National Weather Service described Andres as “weak” and “ragged.” Forecasters expect him to dissipate by tomorrow. The NWS has no coastal watches or warnings currently in effect.

Newport Harbor Yacht Club has hosted the biennial Newport to Cabo San Lucas Race since 1971. This year’s 21st edition was perhaps not what the founders had in mind when they set out to create an 800-mile yacht race ideal for sailors “of all levels.” Friends and families were encouraged to participate in this “tune-up” for the longer Transpac Race to Hawaii later in the season. A tune-up this edition was not. Conditions favored long waterlines, well-honed teams and top-quality foulies. Offshore Racing Rule (ORR) Division A may have been down in numbers this year, but some well-known names still came out to play: Ray Paul’s Botin 65 Artemis, the Andrews 77 Compadres, Doug Baker’s Dencho/Kernan 75 Peligroso, Roy Disney’s modified Volvo 70 Pyewacket, and Manouch Moshayedi’s Bakewell-White 100 Rio100.

It’s not often that these big sleds meet on the starting line, so all eyes were on the lookout to see who would outperform whom well before the start signal even went off. To the delight of all, there was good pressure at the start, and indications were that it would hold deep into Baja California on the way to Cabo.

At 1 p.m. on March 20, the division’s race began. An hour later, the three leaders had clearly picked different paths — Artemis was taking the inside track, Rio was rhumblining it, and Pyewacket had chosen to go outside. About three hours later, pressure was building and Pyewacket was pressing along at almost 2 knots faster, at 19.7 knots, and pointing higher than Rio. By 9:30 that evening, Rio had sustained rudder linkage failure and was forced to turn back, and Peligroso had collided with an unidentified floating object and returned to Newport Harbor. Pyewacket was flying along at almost 23 knots, her remaining competitors left behind. She finished in 1 day, 21 hours, 22 minutes and 52 seconds. That’s a whopping 16 hours and change over the previous monohull record set in 2005 by Doug Baker’s Magnitude 80.

“We didn’t know how we’d line up with Rio,” explains Roy Disney. “We figured it was going to be a drag race. We figured it was going to be tactical. We thought we had a better crew and a better navigator with Peter Isler. But it turned out we were a good 2-3 knots faster. They’re a 100-footer and we’re a 70-footer. And we know they’re going to be fast in those conditions; we just didn’t know how fast because none of us have been side by side, so it was an interesting moment. They went deep and low, and we went higher and faster to get to the wind quicker.”