December marked 12 months for the Sailagram feed we introduced in January 2021. With this last edition of the year (2021), we want to extend a special thank you to all the sailors who got out to enjoy life under sail, and to those of you who took the time to send in your sailing photos. 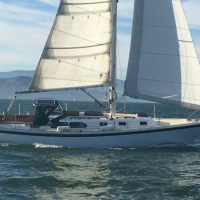 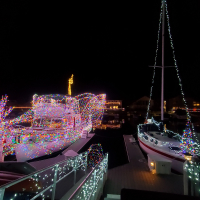 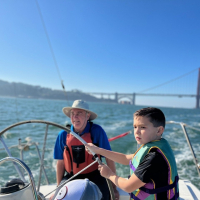 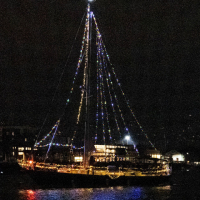 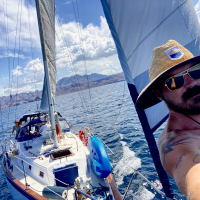 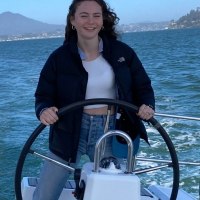 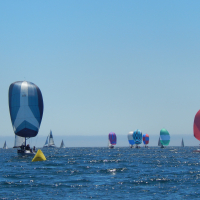 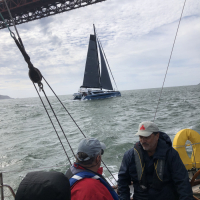 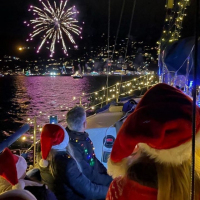 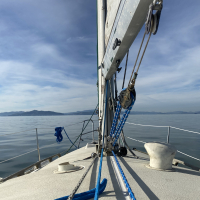 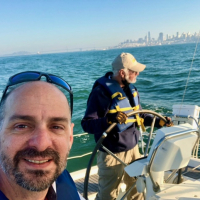 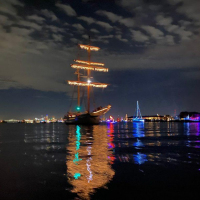 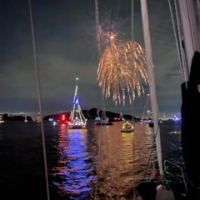 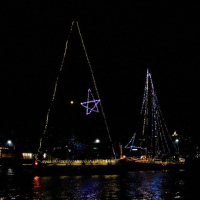 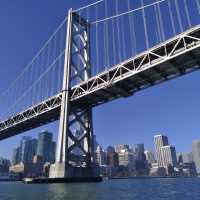 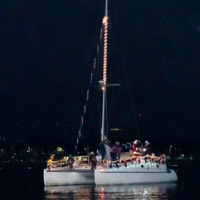 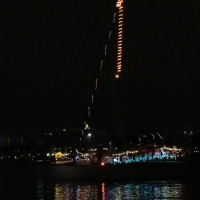 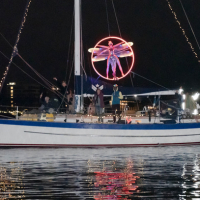 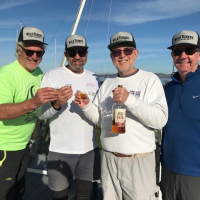 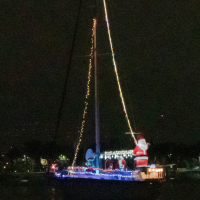 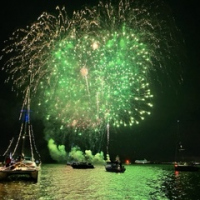 View Slideshow
1 2 ... 4 ►
Head over to our Sailagram page to check out the entire year of sailing from our readers. As we head into a new year of sailing, please keep sending us your photos at [email protected] and look for a new edition to be released every month of 2022. Fair winds, Latitude Nation.
SHARE ON Tweet Share Email Linkedln
Leave a comment

Most of the sailing in the West is done during the 12-month season along the sunny coast of California. The Pacific Northwest is more seasonal, while the sailors from the Sierra to the Rockies are limited to the summer as severe winter weather shuts down the high-altitude lake sailing. While visiting our friends John Marsh and Anne Winton in Idaho over the holidays, we found their Herreshoff 12 1/2 Angelina patiently waiting out the winter in the barn outside.

Anne’s father, Chuck Winton, successfully raced both his Nelson Marek 41 Chimo and J/105 Chimo on San Francisco Bay in the ’80s and ’90s.

Meanwhile, on San Francisco Bay, the packed 2022 Racing Season started on January 1. You can see the whole year’s calendar here.

After being canceled at the very last minute in 2020 due to the COVID 19 pandemic, the 2021 Rolex Sydney Hobart race happened — just barely — down in Australia last week. Somewhat diminished in size due to COVID concerns, continued border closures, and other factors, the Boxing Day classic still managed to get underway on December 26 with close to 90 starters. The inaugural inclusion of a two-handed division greatly bolstered that figure. In the most challenging Hobart race in nearly a decade, the fleet had to bash their way south through strong headwinds and big seas that challenged the fleet and resulted in a high level of attrition. A large number of competitors retired with sail failure and/or damaged boats.

In what has become a theme over the past few years of this sport, a couple of TP52s battled their way to the head of the fleet, with a TP again claiming overall victory in the race. In what has also become a theme recently, the race’s outcome was changed in the protest room.

After finishing in first place overall on IRC corrected time, Sam Haynes’ TP52 Celestial was stripped of their overall win and moved down to second place due to a technical protest by the race committee for not standing a proper radio watch. The protest stemmed from one of Celestial’s crew having a PLB safety beacon activate itself mid-race, one of 13 such incidents in the race, likely due to the wet upwind conditions. When Celestial did not respond to multiple calls checking that all was OK, the nearest competitor, the TP52 Ichi Ban, launched a few flares to get their attention. Celestial finally answered their radio using a handheld VHF, but by that time Ichi Ban would be owed a few minutes of redress for having to deal with shooting off flares and spending time on the radio.

Celestial was docked 40 minutes for not standing a good enough radio watch, a race requirement. With the results effectively flipped, Matt Allen and his crew on Ichi Ban have won the Tattersall Cup for the overall winner for a record-tying third time.

New to the race this year was the doublehanded division of an impressive 18 boats. Persevering through the same choppy and challenging upwind conditions as the rest of the fleet, the generally smaller doublehanded boats also suffered a high rate of attrition. Several teams dropped out with damage or even injury. First over the finish line were Rob Gough and John Saul on the Akilaria RC2 Class 40 design Sidewinder. Just seven hours behind on the water to finish second on line honors and win the overall victory were Jules Hall and Jan Scholten on the J/99 Disko Trooper Contender Sailcloth. Sailing to a very impressive corrected time victory, Disko Trooper would have even corrected out over all the top fully crewed boats on the ORCi handicap, which is becoming increasingly popular.

As well as the new boats that finish at the front of the fleet on the water every year, a few older boats got their chance to shine in the heavy upwind conditions of this year’s race. Three-time winner Love and War, a Sparkman and Stephens 47-footer that was launched in 1973, rounded out the podium in third place overall on IRC. Launched for Peter Kurts and still campaigned by his son Simon, Love and War led much of the race on handicap. Just behind Love and War on handicap was Shane Kearns’ White Bay 6 Azzurro, which claimed fourth overall. In the doublehanded division, the S&S 34 Crux claimed second on handicap — a trio of very impressive results for these classic Sparkman and Stephens designs that do comparatively very well against their newer rivals when going upwind in a blow.

Take advantage of the long, dark evenings of winter to practice lifelong learning. Attend these seminars from the comfort of your own home — no mask required!

The Wooden Boat Festival, located in Port Townsend, Washington, will host a six-session online Ask an Expert Winter Series January through March. The January sessions will be:

On Monday, January 10, IYC’s webinar series will continue with Captain Rick Whiting. Whiting will facilitate a conversation about weather on San Francisco Bay. At 7 p.m. via Zoom. $25 per class, or $70 for the remaining three sessions ($30 for IYC members and Women’s Sailing Seminar instructors and students). Register at www.iyc.org/store.

Maritime Medical Guides is offering a couple of seminars on First Aid and CPR at the Los Angeles Maritime Institute in San Pedro. On the 29th only, it’s the Basic version, for $225. On January 29-30, it’s the Advanced course, for $335.

On the same weekend, San Diego YC will  host International Offshore Safety at Sea courses, ranging from $250 for one day to $350 for two days. See https://sailaweighllc.com for full info and to sign up.

The Pacific Cup’s Pacific Offshore Academy is scheduled for Sunday, January 30, in a location TBA. Topics will include weather strategies, communications, boat handling, provisioning and more. The price is $30 per person, which includes lunch, snacks and a prize drawing. A cocktail party will follow. Sign up here.

Find most of these and lots more to do this month in Latitude 38’s Calendar.