As organized sailing schedules slowly resume, Inverness Yacht Club has been among the first to approve a 2020 racing season. Last weekend club members enjoyed their first race day since the introduction of COVID-19 restrictions almost five months ago, albeit with some restrictions still in place.

“On Tomales Bay we don’t have the same Coast Guard restrictions as on San Francisco Bay, but we do have to comply with Marin County requirements,”  InvYC Race Chair Michael Sporer said. “This was our first club-sponsored event for the year under COVID-19 restrictions.”

One of the requirements is that boats need to be crewed solo unless the crew is from the same household. “Fortunately my children crew for me so sailing solo wasn’t a barrier, although several skippers have indicated they will wait for the solo restriction to be lifted in order to take their boat out.”

Saturday’s 13-boat fleet was a mixed class and included eight 110 sailboats — six of which sailed singlehanded, while the remaining two were crewed by families.

Michael says it took “a lot of effort” to resume the club’s race schedule. Approval for Saturday’s first regatta came just in the nick of time, on June 17. And the “effort,” while clearly worthwhile for racers, also resulted in approval for the InvYC’s 2020 Youth Sailing Camp.

Most years, the club’s organized events include 13 races known as the Bender Series, the annual Hog Island ‘Long Distance’ Invitational Race, district championships for a variety of classes, and the occasional national regatta.

“We sail both Open Class with Portsmouth, and an International 110 One Design,” Michael added.

No doubt Michael’s thoughts about his first day back into racing are being echoed by sailors all across the region.

“It was great for me to get out on the water.”

As it stands right now, due to the COVID regulations, only club members can participate in organized events. Anyone interested in joining Inverness Yacht Club or learning about the club’s racing program can find information on the website at https://invernessyachtclub.com/about.

Has your club’s racing season resumed ? What did you have to go through to make this happen?

Last week we received a letter from Jack van Ommen saying he is back in Cape Charles, VA, after a four-month stint in the Caribbean. We hear some of you thinking, “Who is Jack?” A quick search of the Latitude 38 archives will tell you that Jack is a unique individual with a more-than-average share of sailors’ tenacity and thirst for adventure.

Last time we wrote about Jack we had just added his name to our West Coast Circumnavigators list. Many solo sailors begin with a mission to sail around the world in record time. Starting at age 68, Jack’s goal was to sail ‘Around the World Before 80 Years’; the achievement was to be marked by completing the journey prior to his 80th birthday. As is common in sailing, all did not run to plan and Jack reached his destination just one month after his birthday. Nevertheless the journey that had spanned two decades, two sailboats and over 50 countries was a remarkable achievement.

In November 2013, van Ommen was shipwrecked on the island of Tagomago, near Ibiza, after battling through three nights of stormy weather. His 30-ft Naja Fleetwood was reduced to flotsam while Jack scrambled ashore to safety carrying only his passport, wallet and laptop. Five months later Jack found another Naja 30 for sale, this time in our own Pacific Northwest. Despite needing work, the boat proved a worthwhile purchase and by the end of April was ready to be rechristened Fleetwood.

The new Fleetwood served Jack as faithfully as her predecessor until her unfortunate grounding on Mink Island, VA, in June 2017. Once again the sailor found himself ashore with no home. This time, however, van Ommen’s possessions did not float away on the tide, and two years later Fleetwood was renewed and ready to sail again. Since then, Jack has sailed to and from so many destinations we could spend the rest of the day listing them. Suffice it to say he’s been racking up the sea miles.

In March 2005 van Ommen departed Alameda on his original Fleetwood and sailed west around the Cape of Good Hope. And though we haven’t seen Jack on our shores for many years he remains one of Latitude’s sailing heroes.

Want to know more about Jack and his two Fleetwoods? Type Jack van Ommen in the search function above and you’ll find plenty of tales about this saltiest of sailors. 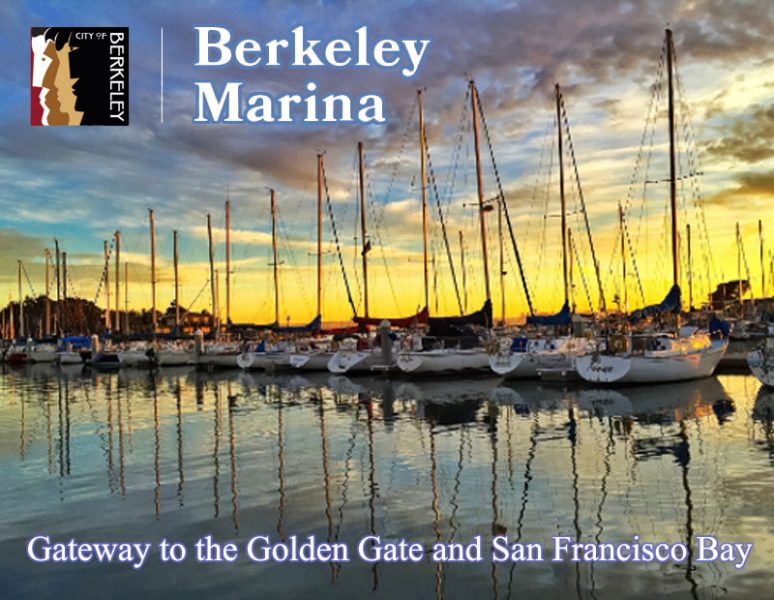 Dock with Berkeley Marina and join a community that shares your love of the water.

Winds ranged from 15 knots to 30-knot gusts, especially around Harding Rock and Angel Island. The wind continued through Raccoon Strait, as the I-36 fleet listened in to sailors from Corinthian Yacht Club on the VHF. The Bay was busy on Saturday — four tankers and a barge and pusher showed up on the tour. A big blue tanker steamed north, then a barge and pusher came southbound. Both caused four Islanders and two other cruising boats to get pushed toward the Angel Island shore and into the accelerated wind blasts coming around Point Blunt. Lots of fun sailing!

The I-36 Association has members in 25 states, Canada, South Wales, US Virgin Islands, England and Australia. Those members were invited to be ‘virtual’ crew with the boats sailing on Summer Sailstice. A number of Association members took the invitation and joined in.

It was a fun Summer Sailstice for 10 Islander 36 boats, all proudly flying the I-36 burgee and showing off how well this iconic boat handles the water and wind of the San Francisco Bay. One of the most fun aspects was that most boats contributed pictures and a paragraph about their experience, and we followed up with an after-race virtual cocktail hour via Zoom on Tuesday evening. Here’s a link to a web page for those who are interested: I-36 Summer Sailstice Rally.

Editor’s note: We profiled the Islander 36 class in the April and May issues of Latitude 38.

Latitude Nation — Last week we asked if anyone could tell us what vessel type is Freedom, the abandoned sailboat that was spotted drifting west of San Diego.

Thank you for all your replies! Once again you’ve demonstrated that sailors have a collective mind, and what one doesn’t know, another will.

While some readers mentioned the J/100 signature visible on the sail, the vessel itself did not fit the standard J style. And so the discussion continued…

The most agreed-upon answer was sent in by Skip Allan:

“I helped build this boat in ~1976. One of the two Gemini twins designed by Tom Wylie and built by Wylie Design Group in Alameda. Originally meant to be a SF Bay One Design class . . . but only two were built. Once made the cover of Wooden Boat magazine. Both boats were of late owned by John Sweeney and for sale.”

Skip later corrected himself saying the boat was “Not a Wylie Gemini Twin, but Peterson 30 ex-Scorpion,” with which others concurred.

In the meantime we also heard from Pillar Point local Kerry Davis who said she had taken the Freedom crew back out to their boat earlier in the day, prior to the abandonment. And yes, she was able to confirm the ‘harsh weather’ saying “it was blowing like stink.” Although Kerry currently spends most of her on-the-water time aboard a commercial fishing boat, she still has fond memories of her favorite way to cross beneath the Golden Gate Bridge — “on my buddy Skipper Peter McCormick’s sailboat, MacPac.”

SHARE ON Tweet Share Email Linkedln
3 Comments
Receive emails when 'Lectronic Latitude is updated. SUBSCRIBE
'Lectronic Latitude: Thursday, Jun 25
Racing Can Resume on San Francisco Bay
News Flash: Racing Is Back On and Up to You
We were happy to get the notice below yesterday afternoon from Laura Muñoz of the Yacht Racing Association of San Francisco Bay. The quick news is that racing is now allowed. But there are important details…
More 'Lectronics »
Report Listing