After finding that there was a crack in her keel (please see part 1 on Monday), singlehanded cruiser Elana Connor had her 1985 Sabre 34 MkI Windfola hauled out — and was told that the crack was “just cosmetic” — before departing for San Diego for a more thorough investigation.

I put a few dabs of bottom paint on Windfola’s “wounds” that night, and we launched her first thing in the morning. I headed south the next day, planning to keep my date with the boatyard in Ensenada.

There are a lot of crab pots off the coast right now, creating quite a hazard to a singlehander trying to sail straight through for four days and nights. I felt that a vigilant watch at all hours was essential since I was running the engine through any windless zones. So I stopped in Santa Cruz to pick up my friend, Synthia.

As we departed, I used the waning cell signal to check my email one last time. I had a message from the boatyard in Ensenada telling me they were now too busy to do half of the planned work. They recommended I go to San Diego for it instead. Financially, it no longer made sense to clear into Mexico if all of the work wasn’t going to be done there, and I was concerned about further delays or cancellations on their part. I decided that I’d have to go somewhere in Southern California, a place I’d never sailed before. After a stop in Marina del Rey for fuel and Wi-Fi, I confirmed that San Diego was the best place along the southern coast to haul out on my budget. Within 48 hours of our arrival in San Diego, I was taken in by one of the only DIY boatyards in town, Koehler Kraft, and Synthia departed. The yard plucked me out of the water with a crane four days later and I set to work.

With a scraper, I pulled the loosest pieces of the putty out. This gave me an idea of how deep and how lengthy the area with degrading putty was. I used a grinder for the more significant areas and a razor blade for the thinnest. After a half day, the seam was clean, prepped, and ready to fill. I used West System G/Flex, recommended as the most flexible but strong epoxy. At the recommendation of the boatyard’s owner, we laid a durable, thick plastic over the epoxy and pressed to smooth the area (a new friend from the chandlery lent me power tools and a whole Sunday of assistance).

It cured overnight and, the next morning, I spent a couple of hours grinding out sags (yes, hours, because G/Flex is very hard once it cures). I mixed another batch of epoxy, this time using regular West System epoxy with added adhesive and fairing fillers, recommended by someone in the yard. The next morning, I easily and quickly sanded this smooth and rolled on a few coats of paint.

Will this be the last time I have to reputty and fair this seam? Probably not, because as I now know, this cracking is just a normal side effect — or “smile” — of a bolted-on keel. It will probably develop again. I’m curious to see how the second and less flexible fairing putty layer will hold up over time. I had torqued my keel bolts before but I’m glad to know I can check their integrity anytime by both visually inspecting and wrenching on them. Even if I could go back in time, I probably wouldn’t have had her cleaned more than a week before our departure, and given what the crack looked like underwater, I still would have hauled her out before going offshore.

I’m not sure what I would have done differently, except perhaps just book my projects with a trusted local boatyard despite the slightly higher cost. Because I am less experienced and still have much to learn, I do sometimes need to make different choices than others would. This is, perhaps, a side effect of being a less represented sort of person in sailing, in that I didn’t have the privilege of years of exposure to this sport, or a family legacy of knowledge shared with me throughout my life.

I would say that the two-day anxiety stomach ache, while I feared the worst for Windfall, was worth it for the lessons I learned. With the advice of a few boatyards and a lot of new friends, I’ve developed more skills to aid me in my planned circumnavigation. And that’s priceless, right? I know what it’s like to be alone out there, weeks away from land and help. You have to be able to rely entirely on yourself, so the more you know, the better. That’s why I see every humbling project as a lesson that prepares me for the next bluewater passage, whether that’s this year’s Pacific Puddle Jump or next year’s Indian Ocean crossing.

In late 2017, President Trump nominated Barry Myers to head the National Oceanic and Atmospheric Administration, or NOAA, a choice that was seen as controversial, even for an administration that was voted in on being unconventional. Earlier this month, Jane Lubchenco, the NOAA administrator from 2009 to 2013, wrote an editorial in the New York Times opposing Myers’ confirmation. 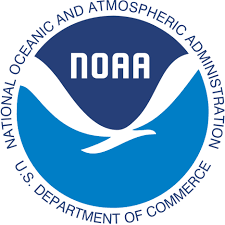 “The safety and economic well-being of Americans will be put at risk if the Senate confirms Barry Lee Myers as the next administrator of the National Oceanic and Atmospheric Administration,” wrote Lubchenco, who is a marine ecologist and professor at Oregon State University.

The former CEO of AccuWeather, Myers ran a company that has been accused of fostering a culture of sexual harassment. The environment was “so severe and pervasive, that some female employees resigned,” U.S. News reported, citing a 2018 Department of Labor report.

Among the many concerns about Myers, Myers has long sought to privatize NOAA’s weather forecasting, which would directly benefit companies like AccuWeather.

“As the former chief executive of the private weather-forecasting company AccuWeather, which relies on data from NOAA’s National Weather Service, he spent years trying to privatize NOAA’s public weather information so his company could profit from it,”  Lubchenco write. “His family continues to run the family-owned company, raising concerns that they could benefit from decisions he might make as NOAA’s administrator.”

If you oppose Myers’ confirmation as NOAA Administrator, please consider writing your senator to say as much. 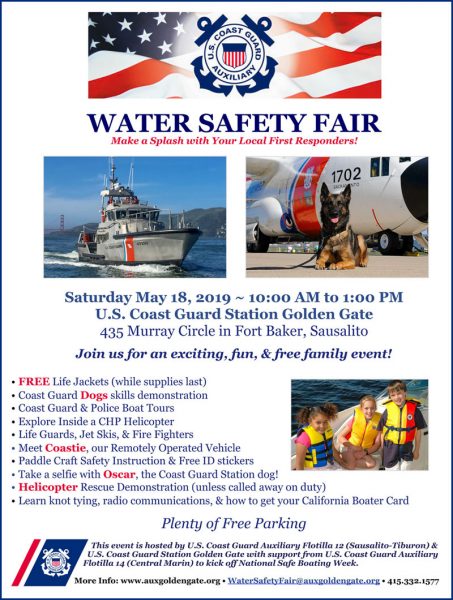 The US Coast Guard recorded 4,291 accidents that involved 658 deaths and 2,629 injuries in 2017, the most recent year for which such statistics are available.

In recognition of National Safe Boating Week, May 18-24, we offer these tips to enhance the safety of your time on the water: 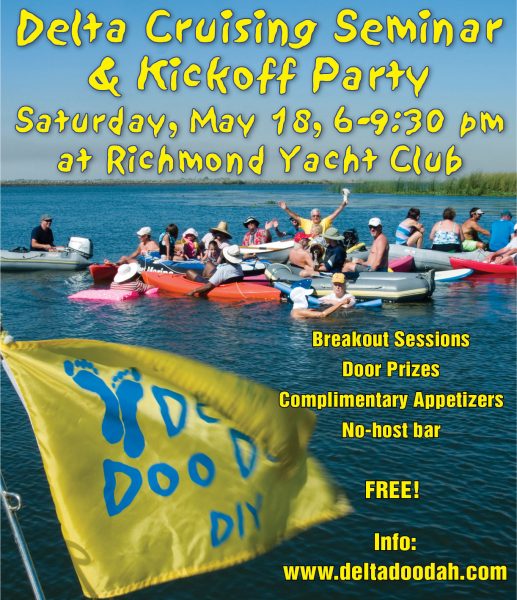 To win door prizes, you must be entered in the 2019 Delta Doo Dah. Sign up for free at www.deltadoodah.com.

SHARE ON Tweet Share Email Linkedln
Leave a comment
Receive emails when 'Lectronic Latitude is updated. SUBSCRIBE
'Lectronic Latitude: Wednesday, May 15
The World Famous L38
Caption Contest(!)
Here’s this month’s Caption Contest(!). Good luck! You can comment below, or email us here.
Waterfront Politics
Auditor: “BCDC Has Failed to Perform Key Responsibilities”
“The San Francisco Bay Conservation and Development Commission has neglected its responsibility to protect the San Francisco Bay and the Suisun Marsh,” read the opening line of the Auditor of the State of California’s report on the BCDC.
Get a Quote
BoatU.S. Marine Insurance Program
Affordable coverage from boating experts.
Inland Cruising Rally
Delta Doo Dah Kicks Off Saturday
The 11th annual Delta Doo Dah cruising rally will kick off this Saturday with a Delta cruising seminar at Richmond Yacht Club from 6 to 9:30 p.m. Breakout sessions will cover anchoring, destinations and the return trip to the Bay.
June Issue Deadline
Classy Classified Deadline Today!
The Classy Classified ad deadline is always the 15th of the month.
More 'Lectronics »
Report Listing