“The San Francisco Bay Conservation and Development Commission has neglected its responsibility to protect the San Francisco Bay and the Suisun Marsh,” read the opening line of the Auditor of the State of California’s report on the BCDC. “The commission has consistently struggled to perform key responsibilities related to enforcement and has therefore allowed ongoing harm to the Bay,” the report continued.

The Auditor documented a backlog of 230 enforcement cases, some  more than a decade old. That backlog is likely to expand, the Auditor said. As an example of an ongoing case, the Auditor cited derelict vessels in Marin.

“Opened in 2010 [the case] involves 200 vessels anchored illegally in Richardson Bay, a shallow, ecologically rich arm of the San Francisco Bay. Commission staff have indicated that many of these boats are in a state of disrepair and that they frequently sink, resulting in the release of harmful chemicals into the Bay. Although the illegally moored boats in Richardson Bay have harmed a delicate ecosystem, the commission has done little to resolve the situation.”

“The Auditor’s report is a positive step,” Bob Wilson, a co-founder of the SF Bay Stewardship Alliance, a group that’s been working to reform the BCDC, told us yesterday. “But there’s still a lot of work to do as we move forward.”

Last year, a group of bipartisan lawmakers requested an audit to investigate the BCDC’s “enforcement activities, adherence to its mission as well as funding and operational needs and structure,” said a statement on Assemblymember Kevin Mullin’s website today. In August 2018, four state legislators wrote a letter that raised serious concerns about the BCDC, including that their staff acknowledged the permits they issue “are long, complex and difficult to comply with,” and that “minor alleged violations received the same consideration as serious violations that may cause serious harm to the environment.” The letter went on to say that permit holders believe that BCDC staff inconsistently applied standards, lacked proper record keeping, and often “moved the goal posts” by adding new requirements after permittees had already worked to satisfy previously set standards. “Most troubling is that permittees have expressed their concern about ‘going on the  record’ for fear of BCDC retaliation,” the 2018 letter said.

Responding to the audit on their website, BCDC chair Zack Wasserman wrote: “BCDC commends the staff of the State Auditor’s Office for their integrity and thoughtfulness as they worked on the audit of the agency’s reinvigorated enforcement program. The report can best be summarized as declaring that ‘BCDC must do more enforcement more consistently . . .’ We look forward to providing the public with a more transparent and consistent enforcement program. While there are statements in the audit report with which BCDC does not agree, our commissioners and staff are pleased that the auditors found no evidence of improper staff conduct, such as bias or ‘moving the goalposts,’ as some permit violators appeared to suggest before the audit began.”

In other words, the Auditor found that BCDC staff did not always follow requirements related to imposing fines — though they sometimes did. Looking at a 2013 case as an example, the Auditor found that BCDC staff levied a $30,000 fine for a dredging violation “despite determining that the party could not correct the violation because the dredging had already taken place.” In trying to determine if this fine was a one-time error on the part of the staff or a “normal practice,” the Auditor reviewed three similar dredging cases.

“In 2009 and 2018, staff took similar action in two other cases, levying fines of $30,000 for each dredging-related violation. However, in a fourth case that — like the first — occurred in 2013, staff complied with state law by negotiating a settlement agreement for $20,000, suggesting that they were aware of the correct process but had chosen not to apply it in the other instances.”

The report also said that the BCDC did not always comply with public-meeting requirements, including not “consistently [taking] minutes during closed sessions,” and said that the commission uses very little of their abatement fund which was created by state law for clean-up projects in the Bay. “Instead, the commission — with the Department of Finance’s approval — has used a portion of the fund to pay staff salaries.”

One of the outcomes of the audit is a possible “legislative fix,” meaning that lawmakers mandate changes to the BCDC. Among the report’s recommendations are for legislatures to create “a procedure to ensure that managers perform documented review of staff decisions in enforcement cases, timelines for resolving enforcement cases, [and] a penalty matrix for applying fines and civil penalties.”

Bob Wilson said that, “The Alliance agrees urgent changes at BCDC must come to protect SF Bay. We urge fundamental reform in three areas: streamlined and more accountable governance at the board level, a change in staff leadership, and improved processes in permitting, compliance and enforcement.”

The SF Bay Stewardship Alliance has been locked in a nearly yearlong battle with the BCDC over a California Public Records Act request to examine the BCDC’s enforcement cases. “But a  few weeks ago we won a judgment, and that process is about to begin.” 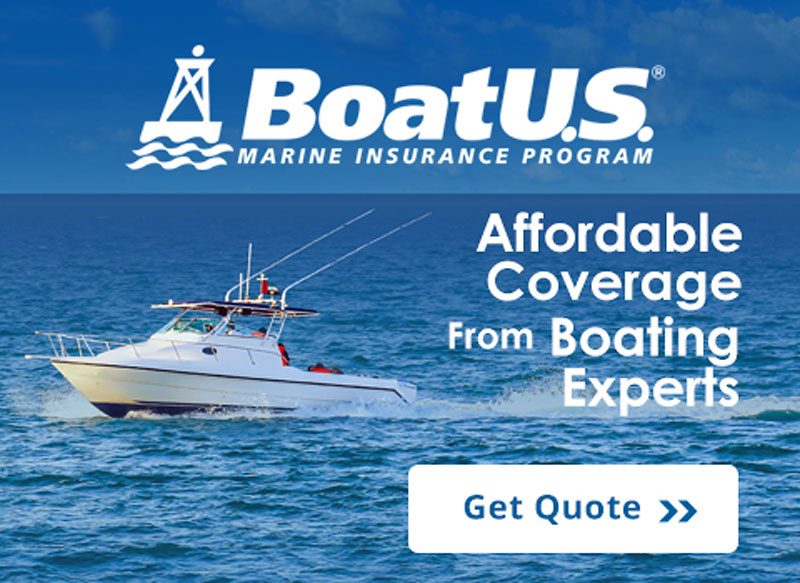 Is it just us or this year already flying by? It’s hard to believe, but the 11th annual Delta Doo Dah cruising rally will kick off this Saturday with a Delta cruising seminar at Richmond Yacht Club from 6 to 9:30 p.m. Breakout sessions will cover anchoring, destinations and the return trip to the Bay. There’ll be hors d’oeuvres compliments of RYC and a no-host bar (bring cash). Presenters will include veteran Delta cruiser Craig Perez of RYC, Doodette Christine Weaver and Tom Lueck from Stockton Sailing Club. Delta Rat Bill Wells from the Delta Chambers will join us. All experience levels are welcome, and we invite Delta vets to share tips collected from past Delta cruises. We’ll have time for Q&As and plenty of interaction. Admission is free, there’s plenty of free parking, and no RSVP is required.

Of course, we’ll be giving away a lot of door prizes, but you must be officially registered in this year’s Doo Dah to be eligible to win. Our generous prize sponsors have really stepped it up this year.

We’ll be drawing names to win the following:

Handouts at the seminar will include:

If you haven’t already registered, you can sign up here — it’s quick, easy and free. We hope to see you at the Kickoff, and we’ll post updates about other official events and invitations from Delta hosts soon. 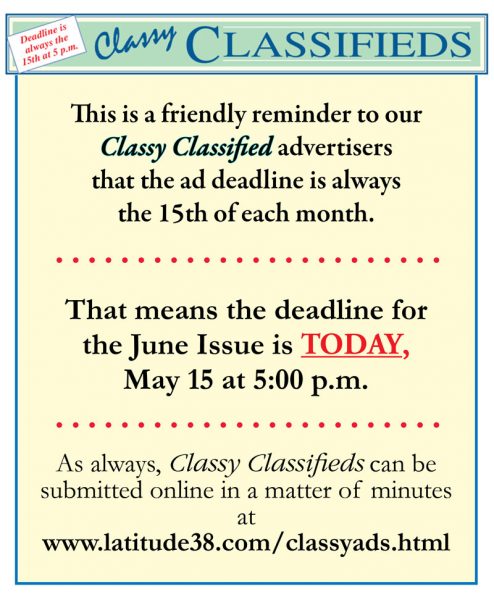 SHARE ON Tweet Share Email
Leave a comment
Receive emails when 'Lectronic Latitude is updated. SUBSCRIBE
'Lectronic Latitude: Monday, May 13
DIY Cruising
When the Keel Smiles, Part 1
“I don’t know how to tell you this,” my diver said after pulling himself up onto the dock.
Getting Rid of Flares
Collecting Flares in Alameda County
Recreational boaters who live or berth their boats in Alameda County will have the opportunity to properly dispose of their expired or unwanted flares on Sunday, May 26.
Vendor Showcase
West Marine: Ready, Set, Sail!
Calling all sailors! West Marine Vendor Showcase, May 15, Sausalito.
Coastal Cruising Rally
Plenty of Entries for the Baja Ha-Ha
Every year the Grand Poobah of the Baja Ha-Ha expects there to be a big drop-off in the number of entries. "With more than 3,000 boats having done it in 25 years," he says, "it would seem that at some point we'll run out of sailors who haven't done it or who have continued on to the South Pacific and never come back."
More 'Lectronics »