US Sailing has released a report detailing the results of their investigation into the death of Rick Srigley. You may recall that Srigley, 77, fell off his Moore 24 Morpheus during Monterey Peninsula Yacht Club’s first Wednesday night race of the season on March 13. Four men actually went overboard that evening. Winds were in the 20- to 25-knot range, with waves up to six feet — uncomfortable but not excessive conditions for the boats involved. Other boats declined to race — including the Shields fleet — or retired before starting.

When Srigley fell overboard, Morpheus was beating to the windward mark. No one saw him enter the water, but one of the crew took the helm, another spotted their skipper, and another called a Mayday. In compliance with the race’s rules, Srigley was wearing a PFD. It was an inflatable model sold around 2003, and it did not inflate. The crew attempted a ‘Figure 8’ recovery, but missed on the first pass.

On the second try, the crew on the tiller, Jeff, took Rick’s hand and heard him say, “Hurry.” Another crew, Dale, was coiling a throw line when he fell into the water. His PFD inflated, and he fastened the line around himself. The crew pulled him back to the boat and helped him get aboard. (Note that to protect the crewmembers’ privacy, the report uses only their first names.)

Meanwhile, the crew of the Express 37 LocaMotion had spotted Morpheus’s crew in the water. They dropped their jib and motored over to assist. They noted that Srigley was now floating facedown. The boom on LocaMotion was flailing, and the mainsheet tackle struck one of the Express 37 crew, David, stunning him and sending him overboard. Using a horseshoe buoy on a tether, the LocaMotion crew retrieved David, who had a gash on his forehead.

Another LocaMotion crew, Alfredo, offered to swim to Rick’s aid. He is an ocean swimmer in local waters, so his skipper allowed him to go in. He stripped off his PFD, jumped in, and swam Rick to the transom of Morpheus, but the crew were not able to get him aboard. When the Coast Guard arrived, they took Rick onto their vessel. He was then transported to the Community Hospital of Monterey Peninsula, where he was pronounced dead. After rescuing Srigley, the Coasties disposed of his PFD, so it’s not known if was in automatic or manual inflation mode.

The post-mortem report showed no sign of alcohol or drugs, but there was a fracture of the C1 cervical vertebra and several broken ribs. The neck fracture could have been caused by impact with the boat as Srigley fell overboard. Efforts to revive him using CPR could have broken some ribs.

The report makes several recommendations regarding:

You can read the complete report here: www.ussailing.org/wp-content/uploads/2019/08/Morpheus-Report-2019.pdf.

MPYC lost a second member, John Ruck, to drowning on July 7. “They believe John fell off the dock while getting on his boat at night,” said Jeff Canepa.

We got a note from another Bay Area sailor who’s fitting in some Maine coast sailing time this summer. We wrote about Jos Cocquyt in last September’s issue when he filled us in on his local cruising life via his partnership in the yellow Santana 30 Electra (Jos is a serious kiteboarder, too). Turns out, beyond a history of building boats in Belgium and Florida as a kid, Jos also has Maine family sailing connections. He sent in a couple of pics, saying, “I’ve got an interesting boat we are going to be sailing the next couple weeks. A 23′ Tremolino designed by Dick Newick. A funky little trimaran. We have it on loan from an acquaintance of my uncle’s. I might take it on an overnight with my wife, though not staying on the boat.”

We’re hoping to see Jos back in the Bay Area at our Crew List Party on September 11 to hear more about his — and everyone’s — summer sailing adventures. Where did your summer sailing take you? We’d like to hear about it. 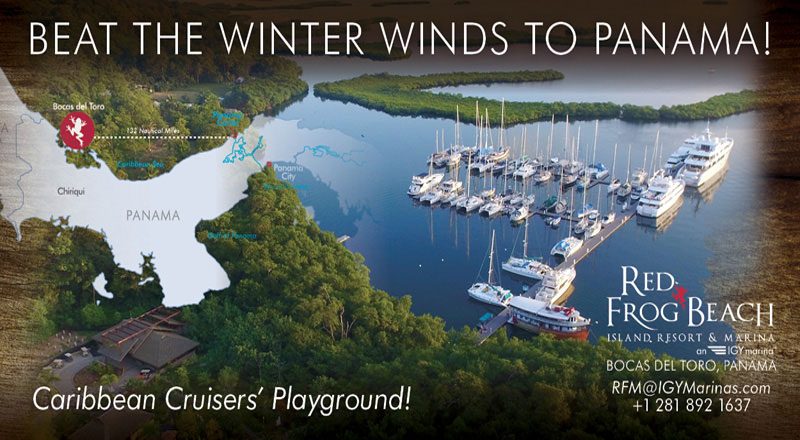 Planning your adventures for Labor Day Weekend? The regatta calendar offers a veritable cornucopia of racing options on the West Coast.

One selection no longer on the table is the Windjammers. Santa Cruz Yacht Club canceled the race from San Francisco to Santa Cruz, traditionally held on the Friday before Labor Day, “due to declining participation.” Posts on social media speculate that the more stringent offshore safety rules of recent years have diminished the number of smaller boats that might enter and be capable of hauling out at SCYC post-race, making the trek back to the Bay Area at 55 mph rather than 5 knots.

Others speculate that the Jazz Cup has drawn participation away from the Windjammers. The Jazz Cup is a 26-mile mostly downwind race from San Francisco to Benicia on Saturday, August 31. South Beach YC will host a pre-regatta party on Friday evening, with live music and a buffet dinner. After the race, raft up in Benicia and stay for the party and awards at Benicia YC.

On August 31 and September 1, the Port Townsend Sailing Association will host the Thunderbird West Coast Championship on Port Townsend Bay in Washington.

The Veeder Cup on September 1 is a match-racing contest to crown a champion of Monterey Bay. Only Carmel and Monterey Bay yacht clubs are eligible to participate in this challenge cup. See www.mpyc.org.

Options abound for the trailer-sailer crowd.

Surely, within the above, there is something (and maybe more than one thing) for every sailor. Any others? Feel free to add your favorite in the comments section.

The sailing season doesn’t end with Labor Day; to find more racing all the way through December, check out our full 2019 Calendar here.

In 2016, the New York Times published a series of Rarely Seen Photos by Jack London. The images are grainy and sometimes eerie portals into the last century — which seems, at once, ancient and shockingly recent. There are also a number of photos of London — whom we bestow with the title of Bay Area sailing legend, and consider to be an honorary citizen of Latitude Nation — in and around boats. It is difficult to properly credit some of these images, which make their mysterious and unattributed rounds on the Internet.

But we thought that you, Nation, should enjoy them.