Former Stanford head sailing coach John Vandemoer will not serve a prison sentence for his part in the college admissions scandal. Vandemoer was the first person to be sentenced as a result of the federal sting called Operation Varsity Blues. In US District Court on June 12, Judge Rya W. Zobel sentenced Vandemoer to one day in the pokey, dismissed as time served. But the sentence includes two years of supervised release, with the first six months in home confinement. And the judge hit Vandmoer with a $10,000 fine. So it’s not as if the coach walks away with a mere slap on the hand. The prosecution had asked for a 13-month sentence behind bars.

Vandemoer apologized for his actions. He had pled guilty to one count of racketeering conspiracy for accepting $770,000 in bribes on behalf of the school’s sailing program. He kept none of the money for himself. According to court documents quoted by NBC News, “Vandemoer received three separate payments of $500,000, $110,000 and $160,000 between fall 2016 and October 2018 on behalf of the Stanford sailing program to falsely represent that three clients of [ringleader William ‘Rick’] Singer’s were elite sailors — and thus deserving of special admission to the private school.” Of the three students, Stanford admitted one through the normal admissions process — not as a sailor. The other two went to other universities.

Stanford fired Vandemoer on March 12, mere hours after the scandal broke and the indictments came down.

And what about the $770,000? Stanford is investigating charitable uses for the moolah. According to university spokesman Brad Hayward, the school is consulting with California Attorney General Xavier Becerra’s office on how to redirect the funds to the public good.

The Resourceful Sailor is not an authority, but rather, a conversation starter. The series provides examples about fixes that worked best for the sailor in question, given their boat, resources available and budget. The intent is to promote problem-solving through sharing so sailors can find the approach that best suits their needs.

I could hear a ticking sound from the direction of the stern as I was gently rolling side to side. With the sails up and the motor off, the new and unusual sound warranted investigation. I finally tracked it to the outboard bracket mounted on the transom. It was showing some age, with corrosion and wear. Sampaguita, my 1985 Pacific Seacraft Flicka 20, came with the bracket in question when I purchased her, and apparently when the previous owner did, too. It was easily over 10 years old. While the bracket was not worn to the point of dysfunction, I had plans to cruise up the west coast of Vancouver Island the next summer. Since I was not very keen on how the bracket had been originally mounted, replacing it would also give me an opportunity to improve the mounting, thoroughly inspect the transom, and instill confidence in the voyage to come.

Corrosion had commenced in two places. First, it began with the knob used to tighten the bracket in the up or down positions. The knob was corroded in an open state, meaning the bracket was still usable. I ignored this until the next situation presented itself. The ticking sound heard was a result of corrosion and wear in the holes where the stainless steel bolts passed through the aluminum bracket. These bolts held the bracket together and provided pivot points when raised and lowered, and corrosion caused increased “play” in the bracket. With 105 pounds of motor hanging off the transom, the stresses caused by the boat’s motion in a seaway were likely the culprit and would continue to exacerbate the problem. The bracket, the Garelick offshore model, is still manufactured and well built. I would trade out the old for the new and skip the production of sizing and fitting a different model.

Evidence of previous bracket replacements was clear. You could see various epoxy-sealed holes on the inside of the transom. The bracket was through-bolted to the transom with only fender washers on the inside. The load was not spread over as large a surface area as a proper backing plate would provide. Additionally, a hollow, synthetic, lumber-like material was used as a spacer on the outside, between the bracket and the hull. Its footprint matched the bracket and did not aid in spreading the load. I wanted to improve both load-bearing features, and this was where the production would require more thought.

This project would be done in her slip, as Sampaguita stays in the water year-round. Fortunately, I can warp her stern up to the dock for easy access to the transom. With the motor raised and inclined, it then hung over the quay and could be lifted from the bracket easily. I then removed the four carriage bolts holding the bracket onto the transom. Since the nuts for these bolts were located deep in the quarter berth and I was working alone, I attached a halyard to the bracket so that it would not fall into the water once released.

I cleaned and inspected the bolt holes. There was no sign that water had gotten into the plywood-cored transom. This was great news or, maybe, great luck. The previous installer’s work was not exceptional. They had drilled three holes on target (mostly), but the fourth was not. So a new hole was drilled adjoining it. But rather than fill the “miss” with epoxy, they just filled it with sealant when attaching the bracket. There was no epoxy filling around any of the holes. Fortunately for me, a future owner, they got away with it.

Stay tuned for Part 2 of Bracket Racket, where the Resourceful Sailor completes the project. 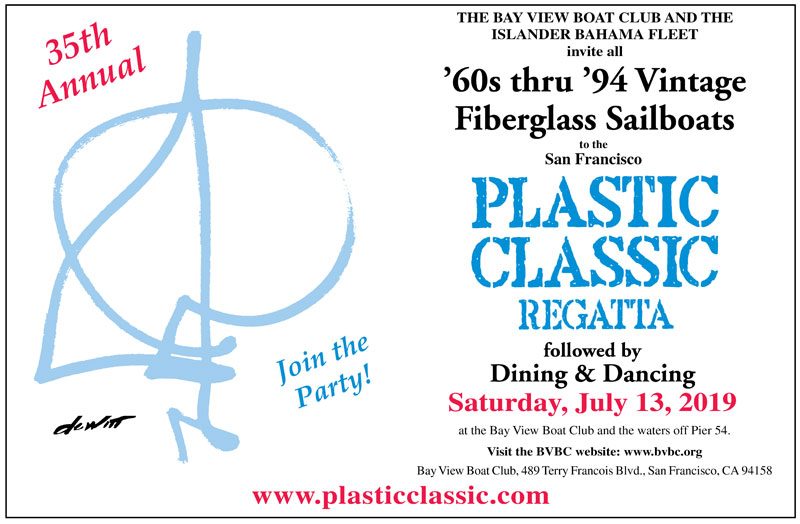 “The grant support will directly help to pay for the STEM classroom teacher, three sailing instructors and transportation for kids to TISC,” says TISC’s executive director, Travis Lund. “Sailing to Save the Sea (SSS) is a five-day program whereby the kids come to TISC for three days of a blended classroom/sailing experience and two days where our STEM teacher goes to their classroom. While at TISC, the students learn about what a watershed is and how it works. They test the Bay water’s temperature, turbidity levels and pH levels, and do a beach cleanup where they weigh and report the types of trash they collect.”

In the classroom, students calculate the material and data they’ve collected and create a “call to action” that they then distribute to classmates, peers, teachers and elected officials they feel would benefit from the information.

“11th Hour Racing was one of the initial sponsors of our STEM programming at TISC in 2013-14,” says Lund. “When we first launched our initial Set Sail Learn program for 4th graders, they stepped up and helped us kick off the program. This year 11th Hour Racing inquired about our STEM programs. I was able to communicate our partnership with the National Oceanic and Atmospheric Administration and the St. Francis Sailing Foundation in support of our newest STEM offering, SSS. SSS puts an emphasis on environmental education and protecting our Bay Area watershed from pollution. This new program better aligned with 11th Hour Racing’s goals, and we were awarded our grant.”

Did you make a successful crew-skipper connection at a Latitude 38 Crew List Party? If so, we’d like to hear about it. Shoot us a quick note explaining who you are, what boat(s) was/were involved, who the other parties are, and what adventures you had together or plan to have in the future. Include a few photos if you have any.

This year, the Fall Crew List Party moves to the Bay Model Visitor Center, located on the Sausalito waterfront. We’ll have many more details as the event draws near, but for now, save the date for Wednesday, September 11. 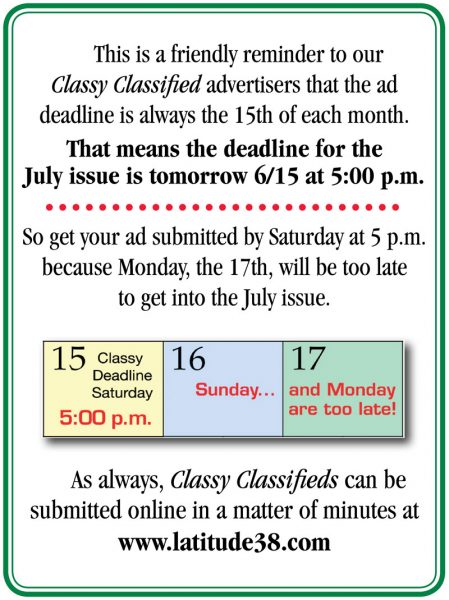 SHARE ON Tweet Share Email Linkedln
Leave a comment
Receive emails when 'Lectronic Latitude is updated. SUBSCRIBE
'Lectronic Latitude: Wednesday, Jun 12
Race to Alaska
Angry Beavers Take R2AK
It was the best kind of win for what’s fast becoming the best kind of race. Due to glitches on boats and ashore, nobody knew who was ahead or who would win the 700+ mile Race to Alaska until they hove into view off the Ketchikan Yacht Club yesterday.
Southern California Cruising Rally
Last Call for SoCal Ta-Ta Expressions of Interest
We need the owners of at least 30 boats to express serious interest in the rally, or else it's simply not worth going through the considerable organizational hoops to make it an official event.
29th Festival
Koehler Kraft Wooden Boat Show
Boats, music, demonstrations, food, June 15-16, 2019.
Greetings from the Marquesas
Rose Says Hello
Rose and Frank Corser were both in their mid-30s in 1972 when they set sail from Newport Beach for the Marquesas Islands aboard their 35-ft Seagoer.
The BCDC Audit
RBOC Urges a Call to Action
The Recreational Boaters of California, or RBOC, is calling on Bay Area sailors to take action.
More 'Lectronics »
Report Listing