As the federal government shutdown enters its fourth week — and now has the dubious distinction of being the longest gap in US government funding ever — the Coast Guard is about to miss a paycheck tomorrow. But communities here in the Bay and around the country have been rallying for the Coasties.

Yesterday, more than 600 Coast Guard personnel lined up in Alameda, according to ABC 7 News. “US Coast Guard mechanic Kyle Turcott and his family are not used to asking for help, but on Sunday they did, as the partial government shutdown takes its toll. [Said Turcott:] ‘It’s worrisome, I have to put food in my family’s belly,'” ABC 7 reported. 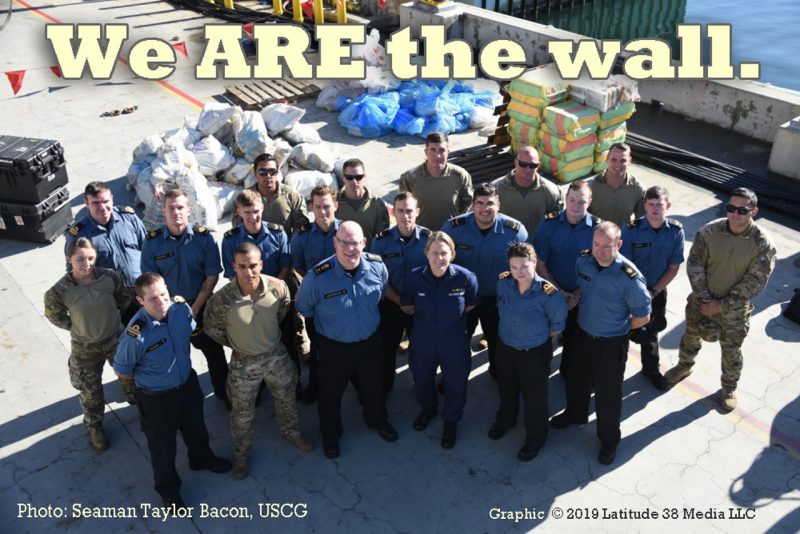 There was another successful food drive in Novato for North Bay Coast Guard families, where a roomful of donations was reportedly collected within three hours. “We just want to say a resounding thank you to everyone in this community,” said Kristy Martin from the North Bay Coast Guard Spouses Club.

The outpouring of support is not unique to the Bay Area. In Rhode Island, Roger Williams University will offer free meals to active-duty Coast Guard members and their families tomorrow, according to the Providence Journal. In Trenton, New Jersey, Thomas Edison State University said that students who are members of the Coast Guard won’t have to pay their tuition fees until assistance becomes available to them again. “The school has 135 active-duty Coast Guard students, with 27 registered for the February term,” The State reported.

The lapse in government funding also has led to the furlough of about 7,400 civilian Coast Guard workers, “and could affect the disbursement of pay for some 50,000 retired Coast Guard members and employees,” according to Stars and Stripes.

One of our readers threw out a few ideas for supporting the Coasties:

“Idea One: Where I breakfast in Alameda, there are often Coast Guard enlisted personnel dining,” wrote Seymour Dodds. “They’re easily recognizable by regulation haircuts and USCG-themed T-shirts or, sometimes, uniforms. When I left I (anonymously) gave the cashier enough money to cover the Guardsman’s breakfast and tip. Idea Two: Yesterday, my senator emailed and asked me how the shutdown was affecting me. Not much, I told her, but I said that I have great compassion for the USCG who might be asked to risk their lives for no pay.

“Idea Three is along the lines of holding a bake sale: Deliver some steaks to the USCG Station Golden Gate or similar location. Maybe send the watch standers at Vessel Traffic Control (VTS) a pizza. And have your yacht club’s junior program send a bunch of thank you notes to Coast Guard units. Idea Four: Latitude readers are wonderfully creative. Figure something out yourself.”

THIS STORY HAS BEEN UPDATED. In the comments to this story, one reader informed us that donations can be made through the Coast Guard Foundation (a direct link for online donations can be found here). BMCM Jane Piereth wrote last week, saying “Bay Area mariners can support our Coast Guard during this trying time by donating to the Coast Guard Mutual Assistance, a non-profit set up to help CG families with loans and grants.”

In addition, the North Bay Coast Guard Spouses Club is looking for a collection point for local mariners in the Sausalito area Friday afternoon. We’ll keep you posted, but if you have any thoughts, please email us here or comment below, and please be sure to include your Boat Name, Make and Port of Call.

Here’s your January Caption Contest(!). The winner — who will be the owner of a new Latitude 38 T-shirt — will be published in the February issue’s Loose Lips. Good luck!

You can either comment below, or email us here. 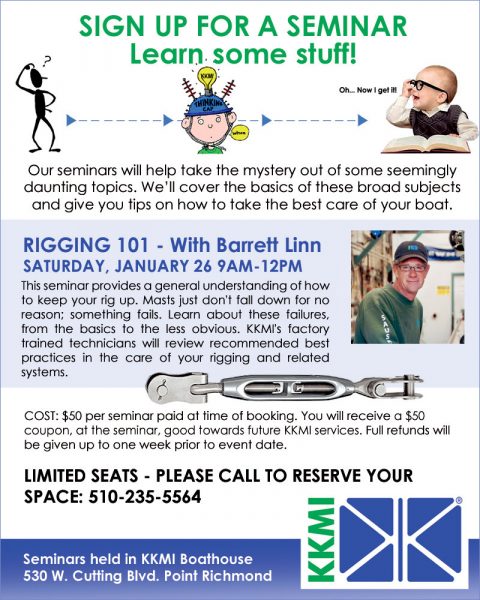 In the good news department, missing singlehander Robin Davie has turned up and is just fine, thanks. As we reported on Friday, he was overdue in his delivery from Les Sables-d’Olonne, France, to Cornwall. The media folks at the Golden Globe Race report that, three days after the UK Coastguard first broadcast an ‘All Ships Alert’, the 67-year old Brit made contact late Friday night. He said that all was well onboard his Rustler 36 C’Est La Vie 25 miles southwest of the Scilly Isles.

British and French Coastguard services had been broadcasting an ‘all ships alert’ since Wednesday morning. Robin’s brother Rick Davie had begun to fear the worst. “I am so grateful for all the help and publicity provided by the Coastguard services and the media for publicising this,” he said. Faced with very light headwinds, Robin decided to take one long tack out into the Atlantic, rather than zigzag upwind on the direct route north to Brest and across the English Channel to Falmouth. His course carried him well out of radio range and the main shipping routes.

Max Ebb comes true. In the January issue of Latitude 38, Max Ebb and Lee Helm show up at a prestigious yacht club for a luncheon event promoting the proposed Sailing Science Center. That event really will happen, this Wednesday, at St. Francis YC in the San Francisco Marina. The club hosts Yachting Luncheons every Wednesday on a wide variety of topics related to sailing. The lunch buffet opens at 11:30; the program runs from 12:30 to 1:30. First-time visitors will need to register with the front desk.

Captain Jim Hancock, a long-time sailor well known in the Bay Area and beyond, will speak this Wednesday, January 16. Jim is the founder and president of the San Francisco Sailing Science Center, to be headquartered on Treasure Island. He holds a master’s in naval architecture and marine engineering from MIT. He developed early computational fluid dynamic models — and he’s a sailing instructor.

Once completed, the museum will include 200 to 300 interactive exhibits in up to seven galleries (we’re picturing a sort of one-subject Exploratorium). Maybe if we spend some time there, even some of us sailing journalists will be able to follow what the heck Lee Helm is talking about. 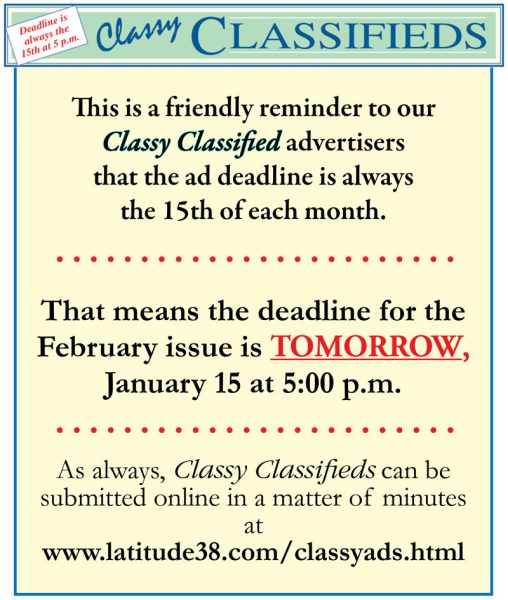 SHARE ON Tweet Share Email
Receive emails when 'Lectronic Latitude is updated. SUBSCRIBE
'Lectronic Latitude: Friday, Jan 11
Sunrise Sunset
Twilight – Nautical and Otherwise
Did you know that there are three definitions of 'twilight'? Nautical twilight persists until the horizon vanishes, "when a mariner cannot distinguish between sea and sky."
golden globe race
All Ships Alert, and a GGR Update
The Falmouth Coastguard has issued an 'All Ships Alert' for British singlehanded sailor Robin Davie. His Rustler 36 is now three days overdue on a 300-mile solo voyage across the English Channel.
Sponsored Post
Ad: Westwind Boat Detailing
'Pantera' and 'YachtCruz'
Those Who Were Lost at Sea
It’s easy to report the news and quickly move on to the next thing.
Sponsored Post
Latitude 38 Job Opportunity
Latitude 38 Media is seeking a full-time Marketing/Administrative/Production Assistant.
More 'Lectronics »