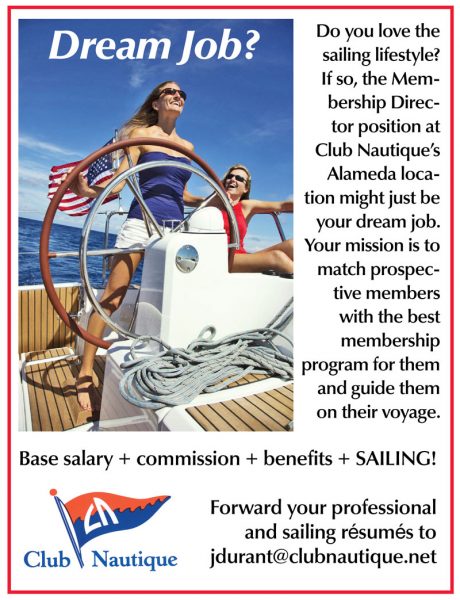 Forward your professional and sailing resumes to jdurant@clubnautique.net

SHARE ON Tweet Share Email
Receive emails when 'Lectronic Latitude is updated. SUBSCRIBE
'Lectronic Latitude: Wednesday, Aug 21
The Stars of the Show
Movie Star ‘Maiden’ Sails Under the Golden Gate: Part 1
Maiden was more than another entry in the 1989-90 Whitbread. Maiden is more than a thrilling and wildly successful documentary about the first all-female crew racing around the world.
Fun and Games Galore
Delta Doo Dah Goes Out with a Bang
A weekend jam-packed with activities wrapped up the official events of the 11th Delta Doo Dah cruising rally. Both Owl Harbor Marina and Bay View Boat Club kindly invited Delta Doo Dah sailors to join in various festivities.
The Golden Ticket
He’s a Winner
On August 10, before sailing for the afternoon, Dan Larson's crew needed to pick up a repaired sail at Pineapple Sails in Alameda. He invited Dan to come along. "We picked up the sail, and on the way out the door I saw…
The Figure 8 Voyage
Randall Reeves Punches Through the Northwest Passage
“One big chapter in the Figure 8 is closed,” wrote Randall Reeves on his blog yesterday.
More 'Lectronics »