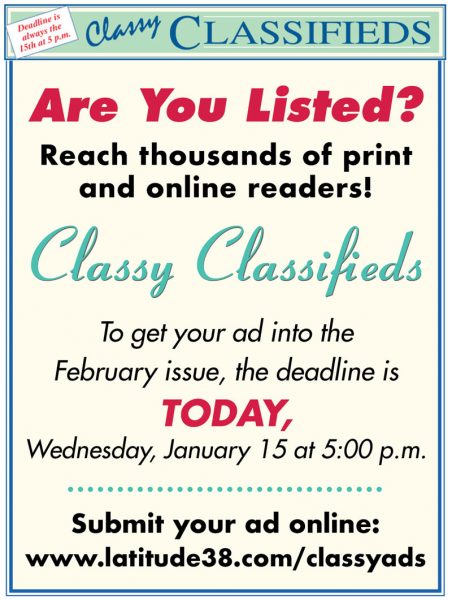 Receive emails when 'Lectronic Latitude is updated. SUBSCRIBE
'Lectronic Latitude: Wednesday, Jan 15
Starboard!
The World Famous Latitude 38 Caption Contest(!)
Here’s your January Caption Contest(!). As you may or may not know, the winner — and top 10 entries — will be posted in the February issue’s Loose Lips.
To the aid of fellow sailors
The Rescue of ‘Green Dragon’ off Mexico, Part 3
When we left them on Monday, Jessica and Jim Lockfeld, who were transiting between La Paz and Mazatlan around the New Year, had just managed to get the crew of the floundering Green Dragon 2, Gary and Rosalie Green, onboard during a rescue on the proverbial dark and stormy night.
Sponsored Post
Corrosion Workshop with Malcolm Morgan
Malcolm Morgan is a longtime marine electrician, with particular expertise in corrosion issues as they apply to yachts and houseboats.
Where Women Learn to Sail
Sailing Convention for Women Turns 30
The Sailing Convention for Women is celebrating its 30th year. Presented by Gail Hine, it will be held on Saturday, February 1, at the Bahia Corinthian Yacht Club in Corona del Mar.
More 'Lectronics »
Report Listing