A team of volunteers at the Corinthian Yacht Club in Tiburon, led by Sharon Meyer, Vida Cheng and Petra Jacobson, put their heart and soul into producing another successful annual Women’s Sailing Seminar. We joined about a dozen other boat owners who volunteered boats and time to teach almost 40 women new skills while taking them for their very first sail. It was a perfect intro weekend with gentle breezes and warm temperatures.

Many people get a fantastic introduction to sailing, but then, once inspired, have to figure out a way to continue. Sailing might seem easy to us, but not everyone has the simple access on demand that we’d like to believe. After the seminar, we put together a quick list of ideas, including the Latitude 38 Crew List, to send out to the participants.

We’re sharing it with you to see what you might have to add. CYC is inviting participants back for one of the club’s regular member sails; some will try to join CYC’s Friday night beer can racing, but we’d love to share all the ideas we can.

Since this was a women’s sailing seminar, we’re also including a link to the trailer for the movie Maiden coming out June 28. Judging from the trailer, we think everyone will like it.

Numerous other clubs and individuals take people out all the time for their first sail. Many experienced sailors will recall their first experience and say, “I was hooked.” So what would you suggest to people who’ve had a start and want to find a way to continue? Comment below, or let us know here.

The Coast Guard said there is a “growing concern” about illegal charter boats in the Bay Area, and has recently boarded over 50 boats to verify captain’s licenses.

“Boaters should expect the Coast Guard to be actively engaging with operators to promote safe and legal passenger vessel operations as all boats carrying passengers for hire are required to hold a Coast Guard license and meet minimum safety standards,” a Coast Guard press release said.

“Our top concern is passenger safety,” said Lt. Anna Funk, a Coast Guard Sector San Francisco investigator. “If someone gets underway on an unlicensed, unregulated charter boat, they could be putting themselves and their loved ones in danger. Illegal charter boats and crews have no oversight and may not have the experience or equipment to ensure passengers are safe.”

The Coast Guard said that boat operators who are illegally chartering pose a serious risk on the Bay “because they may not have the proper emergency safety gear and navigation and communication equipment aboard their vessel, and they may not have undergone the proper license exams or vessel inspections.” The penalties for illegally chartering include up to an $80,000 fine.

“To verify a captain’s license, verify the inspected status of a vessel carrying more than six passengers, or if you would like to report an alleged illegal charter operation, please contact the Coast Guard Sector San Francisco Command Center at (415) 399-7300 or [email protected].” 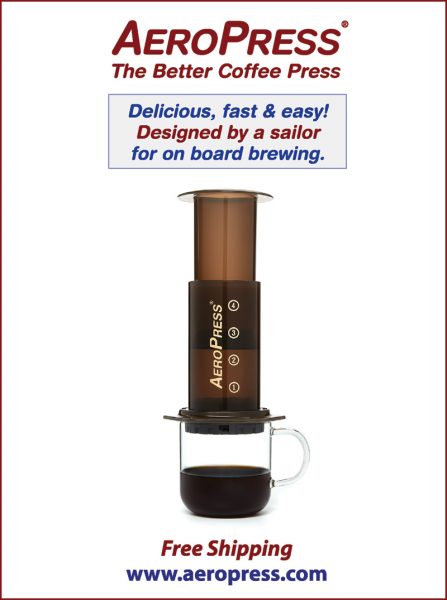 Have you wondered about Treasure Island and Olympic sailing’s move west, and the silence after the bold announcements of 2018? Yes, it’s been quiet, but only because the folks behind FAST, the Facility for Advanced Sailing and Technology, have to move at the pace of larger forces. Under a mandate from the City of San Francisco, the Treasure Island Development Authority is embarked upon a multi-decade reimagining and rebuilding of all 577 acres. Be assured, however, the FAST base at the Sailing Center on Clipper Cove will be built out long before the goal of a greater TI is complete. For the moment, it feels slow, but temporary-temporary units are in place, and soon, the Oracle Racing-donated container base can be placed on footings at a medium-term site next door. That will allow infrastructure work to proceed on a permanent home for TISC/FAST.

Meanwhile, sailors are sailing. The first round of 2019 US Sailing Team/youth Olympic Development training kicked off on June 1, and by the time this round closes on June 21, we’ll have seen Finns, Lasers and Radials getting wet — the USA’s best Olympic hopefuls alongside selected youth who have earned a ticket to the next level. For example, Will Foox, a senior next year at Miramonte High in Orinda needed to “dust the cobwebs” behind the distractions of the finals season and then experienced “exponential growth; there was input from everyone at the meetings, and we put that into technique. Paige Railey said, ‘more vang downwind when the waves are smaller and closer together.’ She also told me her heart rate is higher downwind than up, and I’m down to push it. Suddenly every move I made was putting mojo into the boat.” Foox leaves tomorrow for the (invitation only) Youth Nationals, which is cool enough, but he hopes to leverage the Nationals toward peaking at the Radial Worlds in July in Kingston, Ontario.

Erika Reineke, who trains with Railey, noted that she gets useful feedback from “the ODP kids,” so it works two ways, “and I wish we could do more camps like this.” As to the facility, “It’s great that we now have a place to debrief, and there’s a fridge, and the Bay really does offer up a menu of conditions. That’s what it’s all about.” Reineke too is out of here on Thursday, looking for a brief stop at home before heading to her Worlds in Japan.

FAST board member Peter Stoneberg tells us, “The Treasure Island Sailing Center works with all of its partners. The good news is that we are part of the long game in the plans of the City and the Treasure Island Development Authority, and that is the culmination of 20 years of dedication on the part of Carisa Harris Adamson. The next time you see her, tell her you’ve noticed. Last week opened little-kid camp at TISC, and it was always Carisa’s vision to have the full spectrum side by side in one happy place.

Back in May, we had the pleasure of chatting with Mary and her son Memo Gidley on their race boat, the Elliott 1050 Basic Instinct, in Sausalito. Mary’s eight decades have been filled with salty adventures. “I never wanted a normal life,” she told us. We ran the first installment of our interview with her in Sightings in the June issue of Latitude 38. Among the tales she related to us was the story of her experience sailing on a raft that drifted across the Atlantic in 1973, a social experiment more than a recreation of early voyages.

The publicity material from Metrograph Pictures describes the adventure. “An international crew of six women and five men, chosen for their youth, diversity and sex appeal, embarked together on a most unusual sea voyage — a close-quarters, privacy-free trip across the Atlantic on a raft christened the Acali, initiated by the controversial Mexican anthropologist Santiago Genovés, who proposed to use the group as guinea pigs in his investigation of the origins (and erotics) of violent conflict. The Acali mission stayed afloat for 101 days.

“Now, more than 40 years later, surviving Acali crew members reunite to recollect their experience for filmmaker Marcus Lindeen. Extensive archival 16mm footage shot on-board the Acali shows us the subjects of The Raft as they were. The Acali crew members also dredge up their own memories of youthful journeys of self-doubt and self-determination, and of the unforgettable bonds that they formed both because of and in spite of Genovés’s power-mad macho muddling, which eventually threatens to put his test subjects in very real physical danger.”

The Raft will open at the Smith Rafael Film Center on Friday, June 28 at 7:15 p.m. Mary Gidley be on hand for a Q&A that evening and also at the screening on Saturday, June 29, at 7:15. Members of the Latitude 38 crew will be there on Friday the 28th. We’d love to see many of our readers there as well. Wear your Latitude 38 shirt, jacket or hat, and maybe we’ll assemble for a group photo. “There will be other screenings, including matinées, but we will schedule those closer to the date,” says Richard Peterson, director of programming at the Rafael. You’ll find the Rafael theater on Fourth Street between A and B Streets in downtown San Rafael. Hope to see you there!