On Monday, we posted a few pictures of Bay Area launch ramps, omitting the location of one of them. We asked our readers if they could identify the location. It comes as no surprise to us that several of our clever readers quickly replied with the correct answer. The mystery ramp? It’s the Encinal ramp behind Encinal High School and adjacent to the Alameda Community Sailing Center. We drew a name from the correct submissions. The winner of a Latitude 38 T-shirt is Alex Hanford, owner of the Alameda-based Catalina 30 Destiny.

We also asked readers to suggest some other ramp locations. Mike wrote in suggesting, “Horseshoe Bay right in front of USCG Station Golden Gate. It’s a steep, slippery ramp. I recommend high-tide launching. The Bay Discovery Museum for small children is right next door. Sail over to the Presidio Yacht Club guest dock for lunch and a full bar.”

Steve Orosz, harbormaster at Marina Bay in Richmond, noted they have a huge ramp with nearby storage, docks, protected waters and plenty of parking. More on that in the June issue.

Ramps like this are scattered all about the Bay. But, given local population growth, they continue to be under threat from development — and sometimes from lack of use! They’re also sometimes forgotten because the Bay is so well known as a windy, rough big-boat venue. However, numerous sailors continue to launch, laugh, and love sailing the Bay on small boats.

Thanks to everyone who sent in an answer and for the suggestions of other Bay Area launch ramps. These launch ramps are the on-ramps for many new and current small-boat sailors. If you have a photo of yourself launching at a favorite sailing site, send it our way.

In August 2018, the State of California began the process of auditing the Bay Conservation and Development Commission, after a group of bipartisan lawmakers formally requested an independent investigation into the BCDC’s enforcement activities. After receiving complaints of levying maximum financial penalties for minor violations, inconsistently applying standards, and taking retaliatory action when people went on record, a group of bipartisan lawmakers pushed for an independent investigation.

The California State Auditor has announced that they will make their report on the BCDC public on Tuesday. Bob Wilson, cofounder of the SF Bay Stewardship Alliance — a group that’s been working to reform the BCDC — said the auditor’s report will likely be published on their official website on May 14. “The BCDC will hold a hearing next Thursday and brief their board on audit findings,” Wilson said.  “We have no idea what will be said or recommended.”

Wilson said that SF Bay Stewardship Alliance needs the help of the Latitude community to “write and/or attend the BCDC meeting next week. The public’s support has been overwhelming and key to gaining traction to have the legislature address the abuses of the BCDC. Now we need their help to get needed reforms in place!”

Wilson asked that people do two things: First, attend next Thursday’s (May 16) BCDC meeting. The “Enforcement Committee” meeting starts at 9:30 a.m., and the “Commission” meeting starts at 1 p.m., both at 375 Beale Street in San Francisco. Secondly, Wilson also asked that concerned citizens write letters ahead of the meeting, which can be sent to  R. Zachary Wasserman at [email protected], or to the San Francisco Bay Conservation and Development Commission, 455 Golden Gate Avenue, Suite 10600, San Francisco, CA 94102-7019.

“We are hopeful the long-awaited reforms we have recommended will  be part of the audit report,” Wilson said. “It’s vital this wayward agency be fixed!”

We will have a summary and analysis of the auditor’s report on next Wednesday’s ‘Lectronic Latitude. 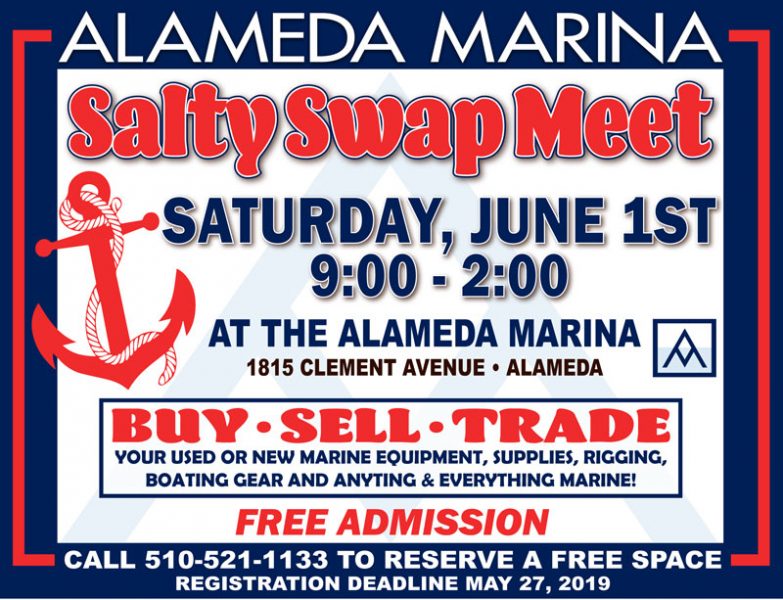 The Eastern Pacific is vulnerable to tropical storms and hurricanes. Hazardous marine weather in the region affects recreational sailors, fishing boats and commercial ships — including traffic heading into and out of the Panama Canal. According to NOAA’s National Hurricane Center, “These new Offshore Zone forecasts represent a dramatic increase in predicted lead-time and detail. Only broad-brush two-day text forecasts were available previously for this part of the Pacific Ocean. Such improvements should, hopefully, promote better decision-making by captains and crew in hurricane-prone waters.”

The Eastern North Pacific hurricane season runs from May 15 through November 30.