After two days of racing in a variety of conditions on San Francisco Bay, Jack Sutter and Charlotte Versavel bested the fleet of seven competitors to win the Nacra 15 Youth World Qualifier at St. Francis Yacht Club on March 22-24. After this second of two qualifying events, US Sailing will now nominate the Sutter/Versavel team (StFYC/Richmond YC) to represent the United States at the 2019 Hempel Youth Sailing World Championships in Gdynia, Poland, on July 13-20.

The first day of racing saw light southerly wind and rain, sometimes heavy, making for a challenging day on the water. “We had to throw out our first race,” Sutter recounted, though they managed to subsequently score two bullets. “But we were nervous going into the second day. When we saw the forecast, we were super-excited.” The forecast called for a 15- to 20-knot westerly — classic Bay racing conditions.

A different sort of challenge soon arose for the team. “As we were about to finish our first race of the day, Jack said, ‘We have a problem, but we’re going to finish,’” recalled Versavel. They dropped the chute, crossed the finish line in first and assessed the situation: The rudder casing had come free of the steering rod. Coach Adam Corpuz-Lahne was soon on the scene with bungees, duct tape and Spectra line to lash the boat parts back together. The fix held long enough for them to sail three more races, winning two of them, in increasing wind conditions.

Sutter and Versavel, 17 and 16 years old respectively, have been sailing together for less than two years, honing their skills and competitive spirits. In spite of attending different high schools and living two hours apart at opposite ends of the Bay Area, they commit to practicing as many days as they can. “We trained for this every day that we could,” said Sutter.

The Nacra 15 is a smaller version of the Olympic Nacra 17. The cat has become a pathway toward the Olympics for junior sailors. “Kids love speed, and sailing as mixed teams is a success that we took away from the Rio Olympics,” said Malcolm Page, US Sailing’s Chief of Olympic Sailing. “Everyone is working together in North America’s three centers of Nacra 15 sailing. That’s why they’re making great progress,” said Page. “They’re bringing the boats together; they’re coaching together and creating critical mass. Catamaran sailing has been growing in popularity When you look at SailGP, which will be here in May, it’s not too dissimilar.”

Three days of racing were scheduled, but the final day was canceled. Light wind from a northerly direction made the necessary mile-long race course untenable with the Bay current. A total of eight races were completed, run in conjunction with StFYC’s annual Spring Dinghy Regatta. For more photos, see https://stfyc.pixieset.com/g/springdinghyandnacra15youthworldqualifier.

About 10 years, ago we hosted a group of six folks for a charter aboard ‘ti Profligate in the Caribbean.
The male in one of the couples spent most of his time on the phone doing business deals, while his wife, who wore a lot of sweatpants, did craft books.

“Those two aren’t going to do much more sailing,” I said to Doña at the end of the charter.

So it was much to my surprise when about five years later, the man and woman, and their three kids, showed up in St. Barth. It turns out they had chartered an Outremer 49, a very fast cruising cat, for two years. They started their cruise in the Eastern Med, and would eventually cross the Atlantic twice.

Then they flew to Thailand or somewhere nearby, where they chartered a couple of more cats, none of them anywhere near as fast or sophisticated as the Outremer, for another two years.

A few years later I spoke to the man again, and he told me how prior to chartering the first boat for two years, he’d obsessively researched catamarans for six months to find the ‘perfect one’. But after four years of cruising, he and members of his family came to the conclusion that the kind of boat you cruise on really isn’t that important at all.

“Moving forward, just about anything seaworthy would be fine with us,” is basically what he told me. “The exact boat just isn’t that important.”

Mind you, this is coming from a very successful Silicon Valley guy, with a very smart wife and Stanford- caliber kids.

Interesting opinion. One I don’t necessarily agree with, although I do think buyers of boats, particularly first-time buyers, often do obsess over the craziest, least important things.

What do you think? 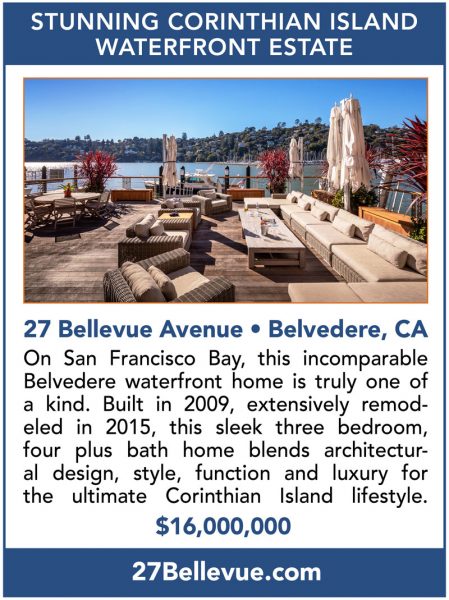 One of the themes centered on “Squaring the Pyramid,” exploring policies to keep larger numbers of youth involved in sailing as they grow out of their junior programs. From the US Sailing newsletter:

“The pressure to climb the pyramid, at the expense of long-term participation and well-rounded skill development, has parents, instructors and program leaders looking to US Sailing for guidance and a different approach. They’ve seen too many kids drop out, and they’re not alone.”

The problem is well articulated in a short video by Nevin Sayre, a very successful racer who advocates much less emphasis on racing in junior programs in favor of “adventure sailing.”

On Saturday, US Sailing moved down the street to The Club at Westpoint Harbor, where Jen conducted an all-day session to train and certify instructors in the US Sailing Reach program. This is a set of middle school science modules that can complement a youth sailing program for STEM education. One day does not a science teacher make, but the curriculum is interesting. It includes some great ideas for engineering/craft/science projects that middle schoolers can complete in a rainy afternoon.

If you teach sailing or science, sign up next time the training comes to town.

SHARE ON Tweet Share Email
1 Comment
Receive emails when 'Lectronic Latitude is updated. SUBSCRIBE
'Lectronic Latitude: Monday, Mar 25
Steampunk Sail
Photos of the Day
A steampunk sailing adventure to celebrate the last weekend of winter, and the first really nice weekend for months.
A case of the mondays
Surfing the Webb
On Monday’s we like to surf the www-dots to see what kind of sailing news percolated over the weekend.
Marine Flea Market
Berkeley Yacht Club Nautical Swap Meet
BYC Nautical Swap Meet on March 31: Buy, sell, trade.
Round the World Race
Another Sailor Survives the Golden Globe
Since it began last July, we’ve been calling the 50th anniversary of the Golden Globe Race the most grueling ocean racing event in recent memory.
More 'Lectronics »