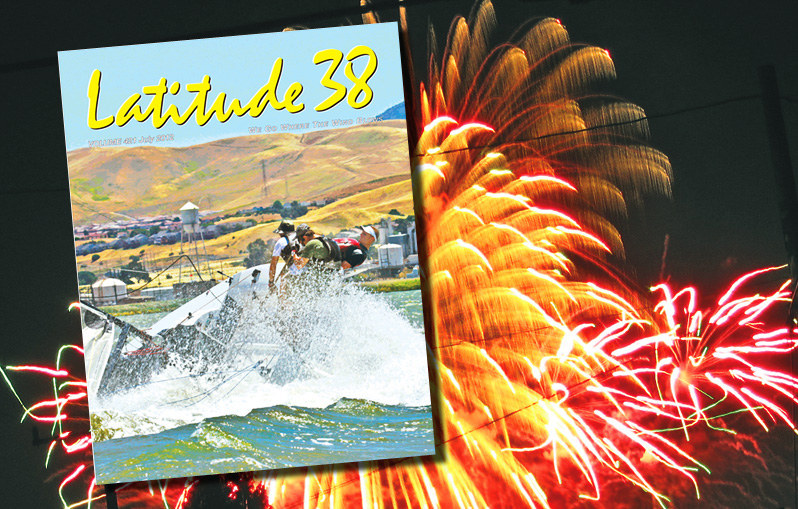 Due to a major hiccup at the printer, delivery of a large portion of the July edition of Latitude 38 magazine will be delayed until Monday. If you’re not in Marin, and can’t wait until Monday, download the mag for free! More » 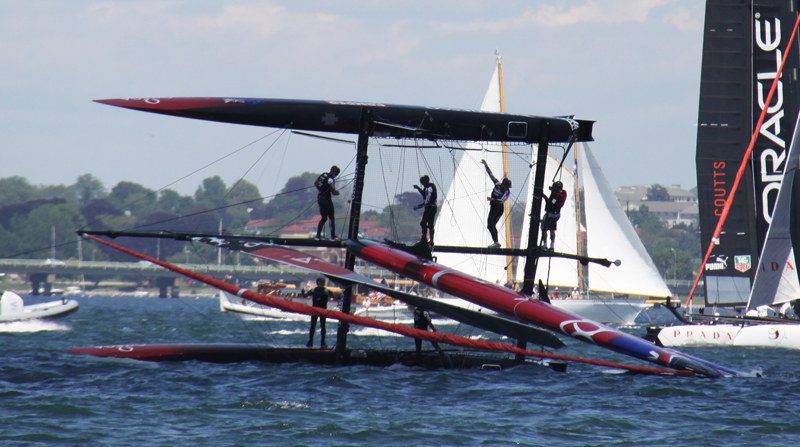 An avant-garde conceptural art piece? No, it’s a shot of Emirates Team New Zealand crew members trying to sort things out after their boat took a dive during yesterday’s ACWS action. More » 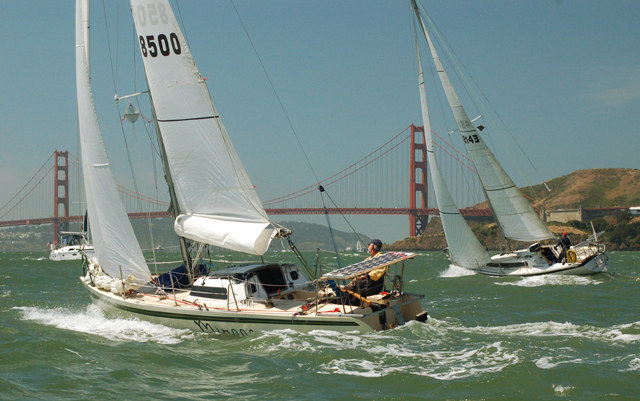 This year’s start probably won’t be as windy as the beginning of the previous SHTP in 2010, but the racers won’t care – they just want to get started! latitude/LaDonna
©2012 Latitude 38 Media, LLCTomorrow morning noon, 23 intrepid solo sailors will set out on the 18th Singlehanded TransPac, a 2,120-mile biennial slide from San Francisco Bay to idyllic Hanalei Bay on Kauai. More » 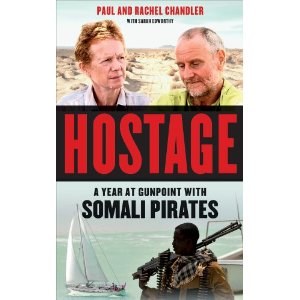 Paul and Rachel Chandler, who were kidnapped by Somali pirates near the Seychelles in October ’09 and were released a little over a year later, are ready to head out again on their repaired Rival 38 Lynn Rival. More »

With their pre-departure anxieties a distant memory, Puddle Jumpers were all smiles at the opening party of this year’s Tahiti-Moorea Sailing Rendezvous. latitude/Andy
©2012 Latitude 38 Media, LLCIt goes against the very nature of cruising to have to be someplace on a particular date. More » 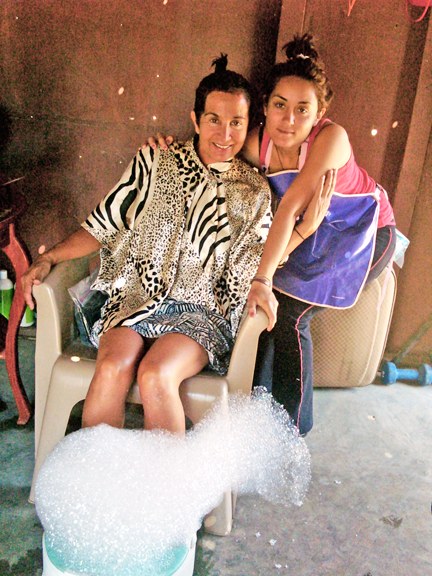 If Doña’s going to have to interrupt her Bash, she’s going to get her hair done and a pedicure. Color, blow-dry, pedicure came to 250 pesos, or about $18. The stylist’s name is Briscia, and she can be found behind the mechanic shop where everyone is drinking Modelo. More »

"According to documents on the South Beach Harbor website, now hosted on SFPort.com, the new custodians of South Beach Harbor, the marina’s operating expenses increased 15% and their deficit spending increased 400% (from $205,000 to $809,000). More » 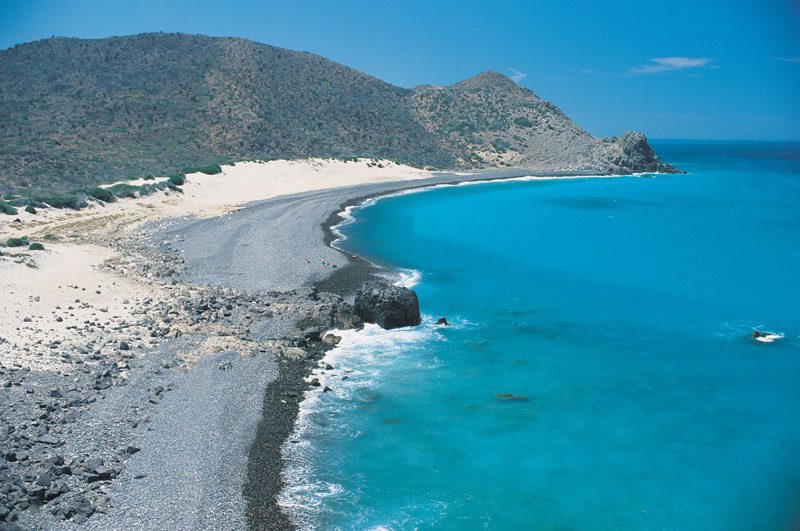 Cabo Pulmo has been saved from a massive resort development…for now. © Webb LoggCabo Cortes, a condo/hotel project in the East Cape area of Baja that was to rival Cancun in size, has been cancelled by outgoing Mexican President Felipe Calderón, reported Tim Johnson, Mexico City bureau chief for the McClatchy newspaper group. More » 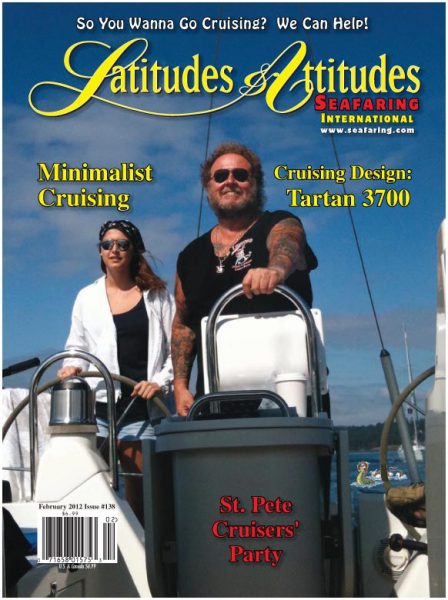 There is a lot of confusion in the sailing industry about the status of Latitudes & Attitudes, the somewhat counterculture slick sailing magazine started 15 years ago in Redondo Beach by Bob Bitchin (birth name Robert Lipkin) and his wife Jody. More » 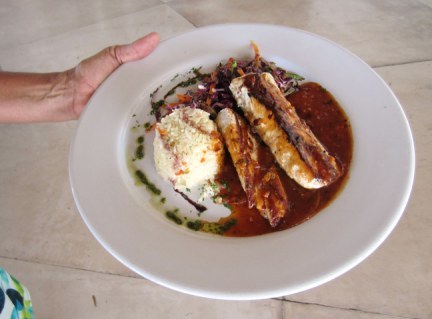 So how much did this delicious meal end up costing us? Read on to find out. latitude/Richard
© Latitude 38 Media, LLCWe had 19 responses to last Friday’s ‘Lectronic about how much the lunch special cost last week at the Ikuai Restaurant overlooking the Marina Riviera Nayarit in La Cruz. More »
Receive emails when 'Lectronic Latitude is updated. SUBSCRIBE
Report Listing