This is it, folks, the end of one year (and what a year it’s been!) and the beginning of the next. This year has brought its challenges, but as the true sailors we all are, we met and rose to those challenges and did our best in whatever endeavors we undertook. For us here at Latitude 38, aside from our own personal 2020-related challenges, we worked extra hard to ensure we kept bringing you a fresh edition of the West Coast’s favorite sailing magazine every month. And we think we did a pretty good job. (Hopefully, you do too.) And now we’re excited for January, and the first 2021 issue of Latitude 38, which hits the streets today!

It happened in an instant.

One moment, Niklas Hache was scrambling across the deck of his 22-foot Santana sailboat and the next he was underwater. Fighting the shock from the cold winter water, watching his boat sail away unmanned, Hache found himself adrift in San Francisco Bay.

It was November 22, a sunny afternoon. Hache, a 32-year-old German, had been out for a solo Sunday sail, his third time going out by himself. He spent most of the afternoon in the waters outside the Berkeley Marina, sailing back and forth in mild winter winds. But as the afternoon progressed, clouds gathered in the sky. Around 3 p.m., Hache decided to go back home.

To return to shore, Hache went forward and took down the jib. As he was walking carefully back to the cockpit, the boom swung across the boat, throwing him off balance, and he slipped, going overboard.

Hache was living a boater’s worst nightmare: He was separated from his boat, alone in the icy winter water, subject to the Bay’s strong currents and tidal changes.

Sharon Green — The Woman Behind the Lens

Years ago when I first started working at Latitude 38, I was instructed, when out on the water, to take lots of “splashy” and exciting racing pictures (thank you, LaDonna). Sounded simple enough, but real-world experience taught me to truly respect those who are able to capture the sport’s most vivid and dramatic moments. If conditions are good and there’s lots of wind, be prepared to get tossed about the photoboat with reckless abandon (on the bow), spend lots of time cleaning saltwater off your lenses, and keep the camera on the subject matter, focused and ideally composed (try doing this while driving a small dinghy yourself!). At the end of the day, the joy of sifting through 600+ images awaits you so that you can find just a few that meet your editorial needs. It’s challenging work in the best of times.

On March 27, we set sail down the Beagle Channel and began the longest nonstop voyage that either Europa or I have made. With 19 crew of 12 nationalities, we sailed the ship 10,180 nm in 81 days, along the traditional S-shaped offshore route (with all ports being closed, there was nowhere to stop anyway) — and only had to resort to using the engine once, just west of the Azores.

As a rule, we use the engine as little as possible on Europa, and indeed during this long trip there wouldn’t be a lot of fuel for motoring after planning what the generator would use. The input from the home office was that it would be great PR to sail the whole way, but the ultimate decision was, of course, left with our fearless leader, Captain Eric. 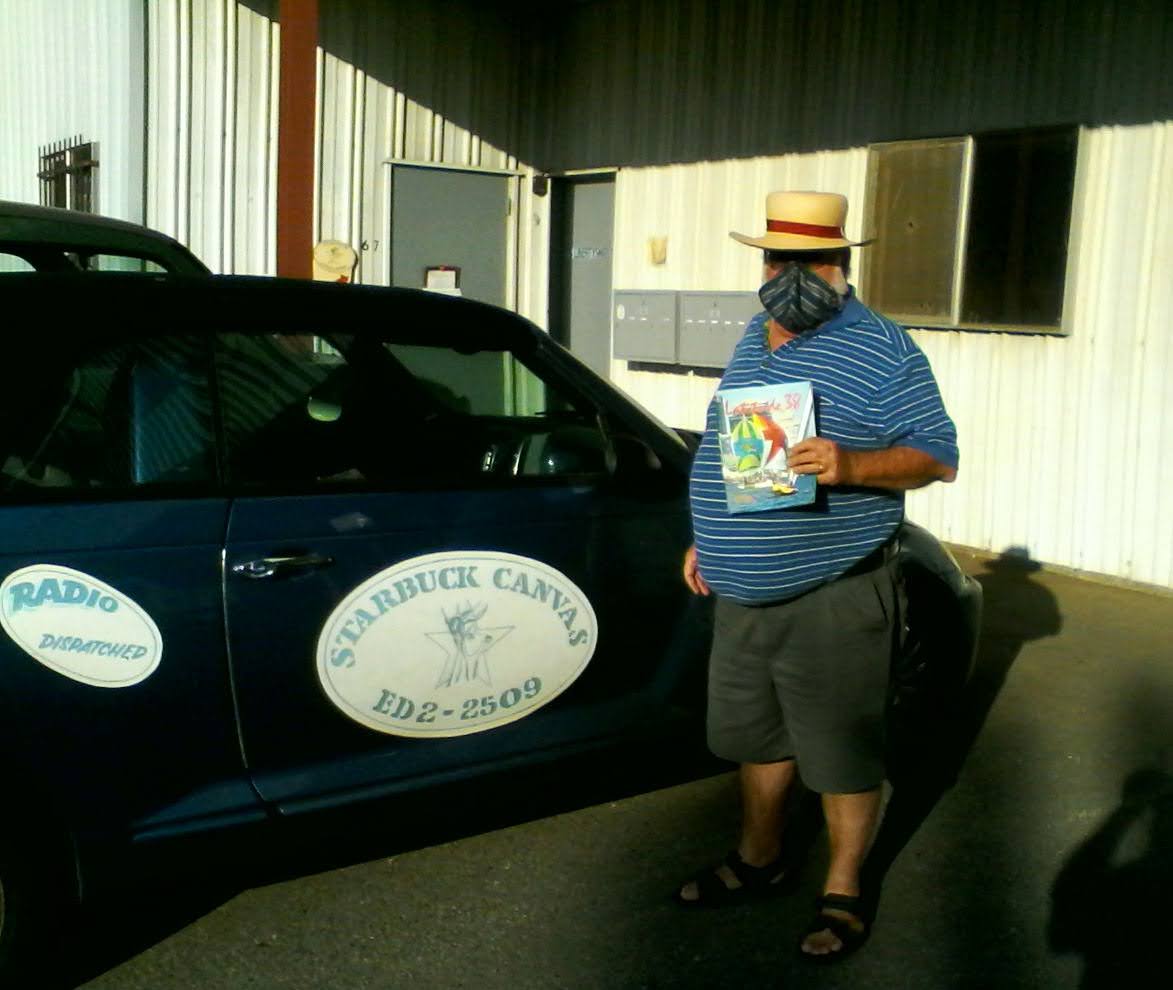 If you’re in Sausalito, go see Adlred Chipman at Starbucks Canvas for your new copy of Latitude 38.

Receive emails when 'Lectronic Latitude is updated. SUBSCRIBE
'Lectronic Latitude: Wednesday, Dec 30
Limbo Under the Golden Gate
Delivery Day for the Port of Oakland Terminal Cranes
Three of the largest cranes in the U.S. have a new home in the Port of Oakland. When the cranes are finally installed at the Port, they will soar more than 400-feet above the wharf.
Sponsored Post
Mariners Insurance
Founded in 1959, we at Mariners Insurance over the years have maintained our shared commitment to provide both the best and right insurance protection for our boat owners and marine business clients.
How to Race in the New Year
Notice of Racing: 2021 Sailing Season Delivered Today
The new, 2021 race calendar is packed with events including the Three Bridge Fiasco, California Offshore Race Week, the Transpac, Rolex Big Boat Series plus midwinters, beer can races, offshore racing and a solid, line-up of fun and challenging weekends.
Hands Free Sailing
Sip-and-Puff Sailor Crosses Atlantic with Breath
Natasha, who has quadriplegic athetoid cerebral palsy, left Gran Canaria, Spain as part of the 2020 Atlantic Rally for Cruisers (ARC) fleet. And on December 11, the skipper and her crew crossed the finish line in St Lucia after 18 days, 21 hours and 39 minutes at sea.
More 'Lectronics »
Report Listing