The entirety of the fleet has started in this 50th edition of the Transpac race, after the second and third starts on Friday and Saturday. Like the smaller boats that started Wednesday, however, the later starters have been plagued by rudder problems that have sent multiple boats back to port. None is more surprising than John Sangmeister’s Santa Cruz 70 OEX, which has suffered a rudder post failure and has been forced to abandon ship due to water ingress. All crew are reported to be safe and have been picked up by Roy Pat Disney’s Andrews 70 Pyewacket, which is headed back to port.

Also headed back to port is Tom Camp’s appropriately named Santa Cruz 50 Trouble, which turned back with rudder bearing issues. The first start saw more than their share of rudder-related retirements as well, including two of the three Hobie 33s, Mike Sudo’s Beneteau 47.7 Macondo and Tim Jones’ Olson 40 Live Wire with mast and rigging issues. The Cal 40 Nalu V returned to Newport Beach due to “difficulties keeping bilge dry, pumps keeping ahead but reason for water ingress unknown.” All crew are reported safe, but our thoughts are with all of the sailors who have had to abandon this 50th edition of the Transpac.

Don Ford reported on Sunday from the Beneteau First 40.7 Onde Amo in Division 7 via InReach: “Two spinnakers blew. Both came apart, basically at the same place. Three folks on board are experienced sail repair people. They believe the A2 will be ready in a couple of days. Meanwhile we have our A1 and 1.5-oz spinnakers. We also had some steering issues that needed repairs but finally racing to Honolulu.” Division 7 was among Wednesday’s starts.

The second and third starts got underway in light-wind conditions under gray skies. Friday’s starters maintained a long starboard tack out to Catalina and to the new breeze, while Saturday’s starters began in full-on Catalina Eddy conditions that saw the fleet hit the line on a port tack and sail slowly for a couple of hours before the wind shifted to the west and died. All of the later-starting fleets are now in solid pressure and making good progress toward Hawaii in the early reaching section of this race, while the Wednesday starters have mostly squared back in the northeasterly trade winds, beginning their long run to Hawaii. As the breeze has already moved aft, many boats are even taking their first jibe over to port, perhaps a bit earlier than usual.

A Look at the Leaderboard

At the head of the most anticipated battle in the 50th Transpac, Jason Carroll and his team onboard the MOD70 trimaran Argo jumped out to an early lead in the hotly contested Division 0. Relying on some slick work from navigator Anderson Reggio, Argo managed her rivals well and slipped away from the coast unscathed, quickly opening up a 100-mile lead on her closest rival, PowerPlay. That lead is now down to around 70 miles as the PowerPlay crew, including legendary French sailor Loïck Peyron, goes to work to grind down the Argo. Behind them, Giovanni Soldini’s hydrofoil-equipped MOD70 Maserati is reporting a major collision that has damaged the port-side ama and its bow, as well as the T-foil section of the port rudder. The team is still sailing toward Honolulu, though at slightly reduced speed while they evaluate their options.

Cal 40s are still leading the fleet on ORR. The two super-maxis Comanche and Rio100 are currently at the head of Division 1. The R/P 70 Taxi Dancer is leading the sleds, while the J/125 Velvet Hammer is moving up in Division 3. The SC52 Prevail is on top of the Santa Cruz 50s and 52s as of this writing. The J/121 Blue Flash is at the head of the large Division 6.

Stay tuned to ‘Lectronic Latitude and the Transpac website for all of the latest news. Check the YB tracker here. 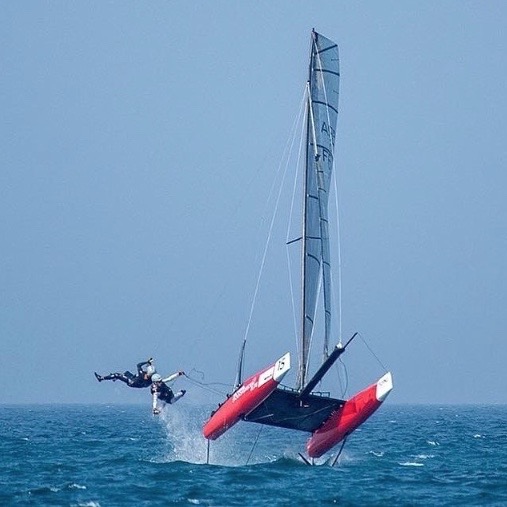 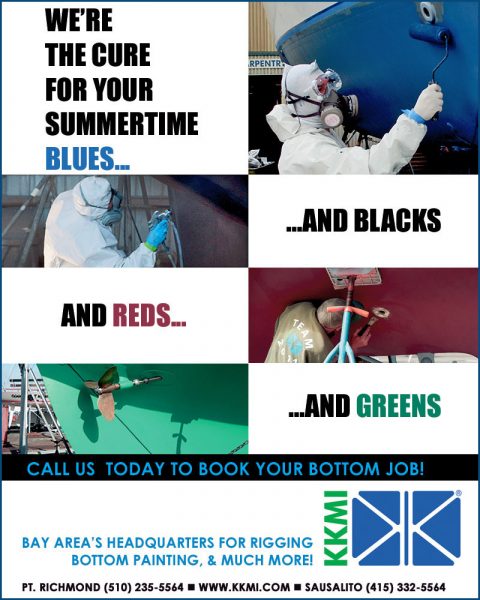 Saturday saw San Francisco Bay filled with classic sailing beauty and much excitement for the Belvedere Classic hosted by San Francisco Yacht Club (SFYC). The annual regatta, formerly known as the Great Schooner Race, has evolved to include a variety of classic yachts along with the traditional schooners. Now in its 11th year, the regatta drew several well-known Bay Area yachts including Call of the Sea’s newly built educational vessel Matthew Turner.

Regatta festivities began on Friday evening with several yachts spending the night at the SFYC where captains and crews enjoyed an evening of nostalgia, camaraderie and good-humored rivalry. SFYC commodore Andy Fromm welcomed the guests with sailing anecdotes and a little-known fact: Matthew Turner, the shipbuilder and designer who’s the namesake for the tall ship Matthew Turner, was also a founding member of the San Francisco Yacht Club, which this year is celebrating its 150th anniversary.

Saturday dawned clear and mild with San Francisco’s usual fog bank sending cool breezes and occasional wisps skimming across the Bay. By 9 a.m. SFYC, was a hive of anticipation as the sailboats were readied and one-by-one glided silently out of the harbor and past the Matthew Turner, which would spend her day at the docks welcoming aboard curious guests.

The race was organized into two divisions: schooner and non-schooner, with each vessel being assigned a handicap and accordant start time. The race results would then be determined by the order of finish. In the schooner division were Jakatan, Brigadoon, Seaward, Gold Star and Wiletie.

Our host vessel Seaward was the last to pass the start mark and crossed under full sail with captain Alan Olson calling for more trim and the crew already calculating the time required to catch the nearest boat. However, rounding the first mark appeared problematic as a large and very fast tanker loomed on Seaward’s port side. The tanker caused some delay before bearing away and allowing Seaward to continue on her course. “Seven minutes,” came the call and Seaward had found her rival. Jakatan, the 40-ft gaff-rigged schooner, had rounded the mark seven minutes earlier and was racing her way south to the next mark near the Bay Bridge.

The Bay conditions were at their best and provided constant wind with minimal chop — great for Seaward — and for everyone else. By the time Seaward had rounded the second mark, the gap had closed a little, but Jakatan was still well ahead and the next legs were merely a chase with no gain.

After passing Alcatraz and bearing north, Jakatan loomed larger and the Seaward crew were buzzing with excitement. Jakatan’s lead was no longer being counted in minutes as all Seaward’s hands were busy getting as much as they could out of their 82-ft schooner.

Approaching the last mark Jakatan was all but spitting distance and Seaward was hoping to take her on the straight to home. But alas, the winds were in Jakatan’s favor and as she rounded the mark she threw her sails wing-and-wing to glide to the finish looking like a giant, but very graceful, moth.

The return to SFYC was pleasant and relaxed as the crew doused the sails and tidied the decks. Everyone was engaged in post-race chatter and congratulations and thanks were plied upon Seaward’s captain and crew and the brave passengers who, caught up in the excitement, had put themselves to work alongside the regular crew.

Back at the docks, the trophy table was laid out with shining silver, and after putting away the boats crews gathered to hear the final results. In the schooner class, Brigadoon took first place, followed by Jakatan, then Seaward. The non-schooner class was won by Cuckoo, followed by Kookaburra in second place and Water Witch third.

Look for the race report and more photos in Racing Sheet in the August edition of Latitude 38.

The San Francisco Bay Area is a fantastic place to live, especially if you have a way to get out and sail. We joined the schooner Seaward for San Francisco Yacht Club’s Great SF Schooner Race, and, while out on the water, snagged some shots of boats lookin’ good on San Francisco Bay.

Do you have some shots from your sailing weekend? Please, send them here.

SHARE ON Tweet Share Email
2 Comments
Receive emails when 'Lectronic Latitude is updated. SUBSCRIBE
'Lectronic Latitude: Friday, Jul 12
The 50th Transpac Crosses the Line
The 50th running of the Transpac got underway on Wednesday afternoon in classic Southern California conditions, with light winds, flat water and sunny skies.
Circumnavigators
Jeanne Socrates Nears the Equator and Homestretch
Jeanne Socrates has been at sea for 281 days. That’s over nine months, which represents the beginning, middle and end of several sports seasons, and gestation of a human being.
Bareboat Charter
Catamaran Cruising with Modern Sailing
2019 Hurricane Season
When a Butterfly Flaps its Wings in China
In the 1990 film Havana, Robert Redford’s character says, “A butterfly can flutter its wings over a flower in China and cause a hurricane in the Caribbean .
When West Meets East
The 12 Meter Worlds, as Beautiful as Ever
Bay Area resident and sailor Dick Enersen, who grew up sailing from age 8 in Tiburon, is back at it.
More 'Lectronics »