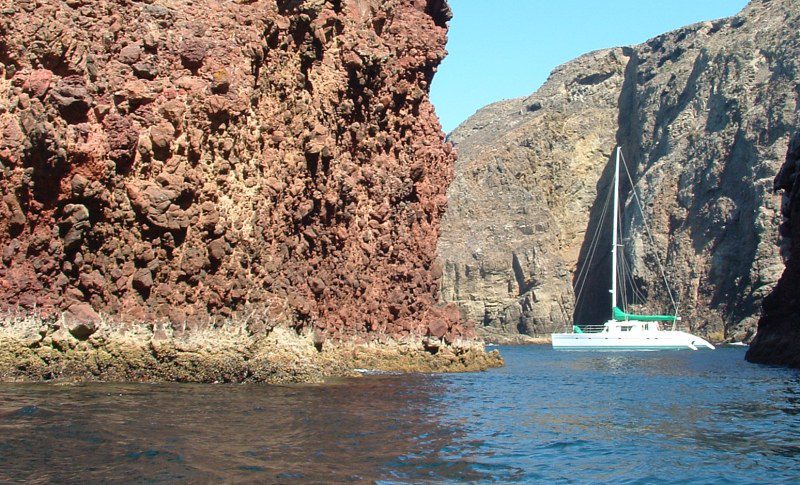 If we had only tagged the photo with a GPS position.  latitude/Richard
©2015Latitude 38 Media, LLC We’ve always liked this photograph of Profligate in this unusual-looking anchorage. People always ask us, "Where is that?" More » 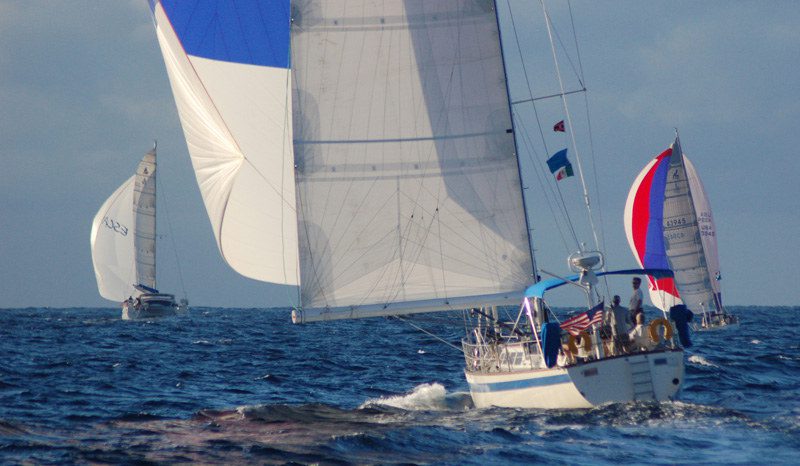 Picture yourself breezin’ downwind in the sunny latitudes of Baja California. Will this be your year to Ha-Ha? latitude/Andy
©Latitude 38 Media, LLC On your marks. Get set. Go! Every spring there’s a mad dash to be the first to sign up for the annual Baja Ha-Ha rally and SoCal Ta-Ta rally. More » 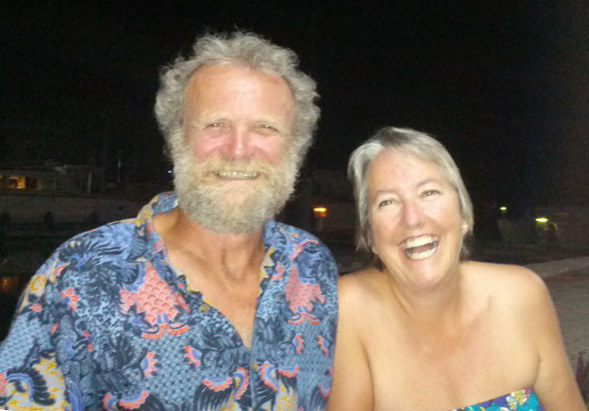 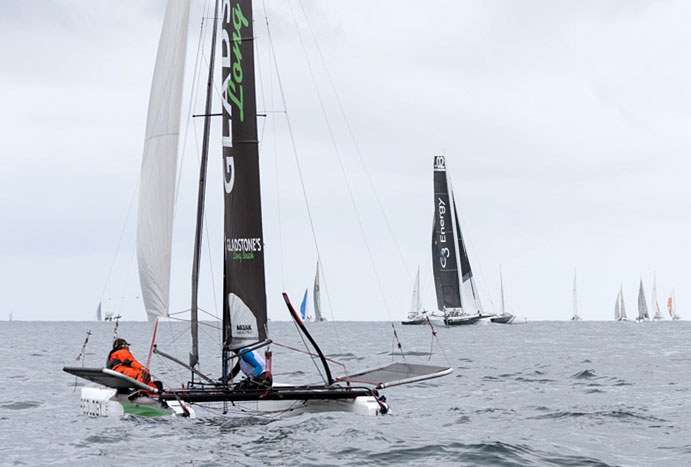 If you think it was windy on San Francisco Bay, you should have been in Mobile Bay, Alabama. During the 57th running of the Dauphin Island Race, an unexpected storm packing near-hurricane-force winds came up so suddenly that some of the roughly 150 competing boats didn’t even have time to reef.  More » 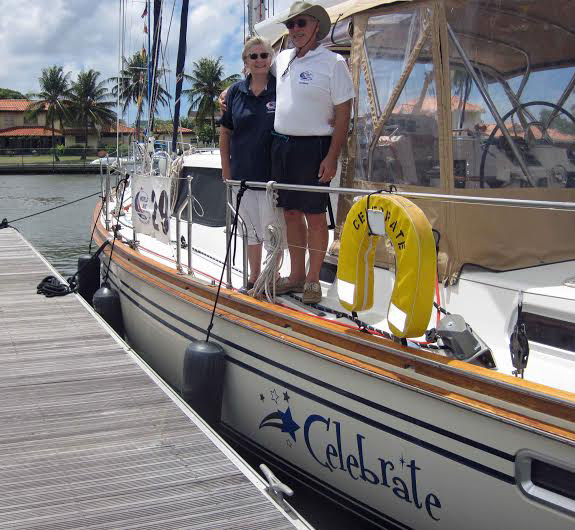 Charlie and Cathy, back in St. Lucia where they started their circumnavigation 15 months ago.  Celebrate
©2015Latitude 38 Media, LLC Charlie and Cathy Simon of the Spokane- and Puerto Vallarta-based Taswell 58 Celebrate report they have completed the 2014-2015 ARC Round the World Rally. More » 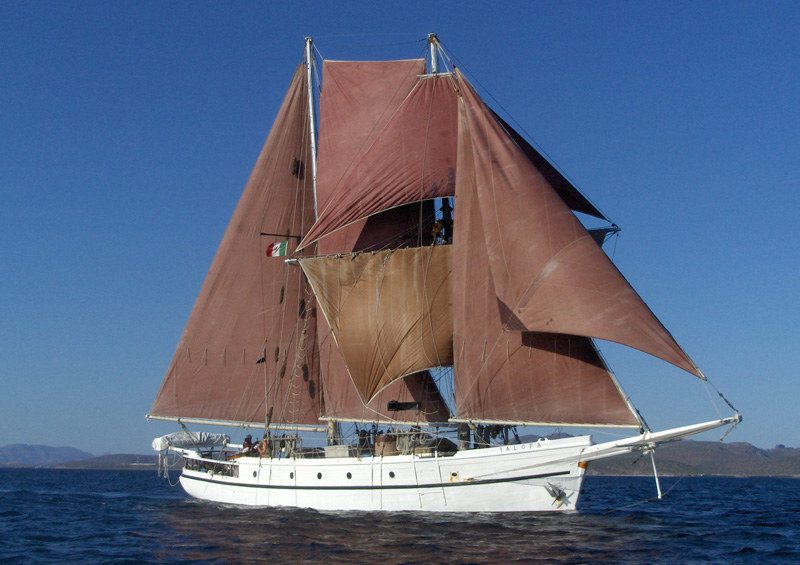 The 87-year old schooner was in the middle of her most successful charter season yet in the British Virgin Islands when she was rammed and nearly sunk by a landing craft. The impact rolled her and did damage to her underbelly as well as to her rigging and spars. More » 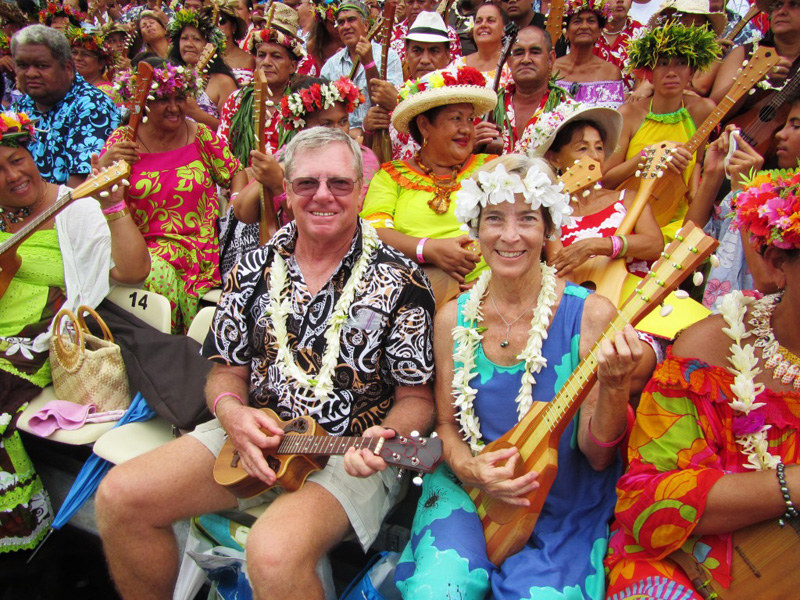 A place as dreamy and stunningly beautiful as Tahiti gets plenty of press. But the headlines made there last week were completely unique: The French Overseas Territory will soon be honored in the Guinness Book of World Records for having performed a song with the largest ukulele ‘orchestra’ ever. More »

If you’re in the Sea of Cortez, why not plan to check out the all-new Loreto Fest on Friday, May 1, and Saturday, May 2? The event will include food vendors, bay cleanup, a swap meet, cruiser jam sessions (bring your instruments) and arts and crafts (show off your wares). More » 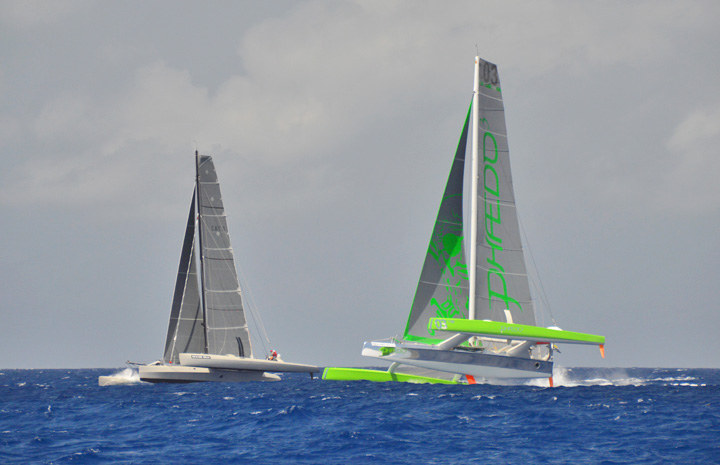