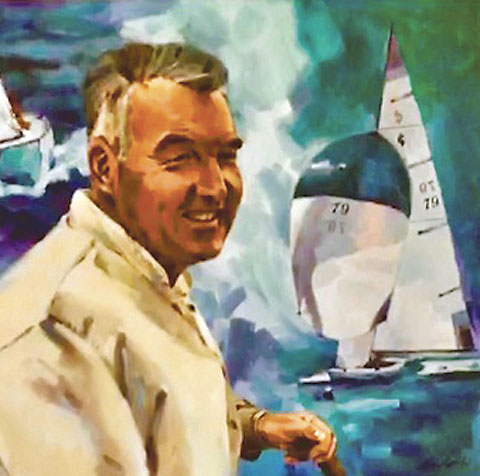 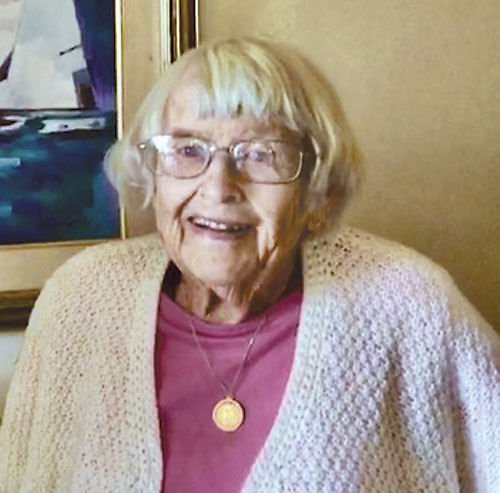 Jake Wosser was the consensus fastest sailor on San Francisco Bay for at least four decades, from approximately 1945 into the 1970s.

A few years ago, Herb Motley, the Marblehead, MA-based IOD World Class president, asked Ron Young to retrieve an old trophy won in 1973 by the once-legendary Jake Wosser, for whom Ron crewed.  Herb wanted to reissue the trophy to motivate modern racers. When Jake's widow, Ruth, couldn't find the original trophy, she offered three of Jake's other prizes from the middle of the last century.

Like many sailors who have raced the Bay for decades, Ron has watched participation in racing drop over the years. This sparked an idea: What about rededicating these antique trophies to reward modern racers and encourage participation today? 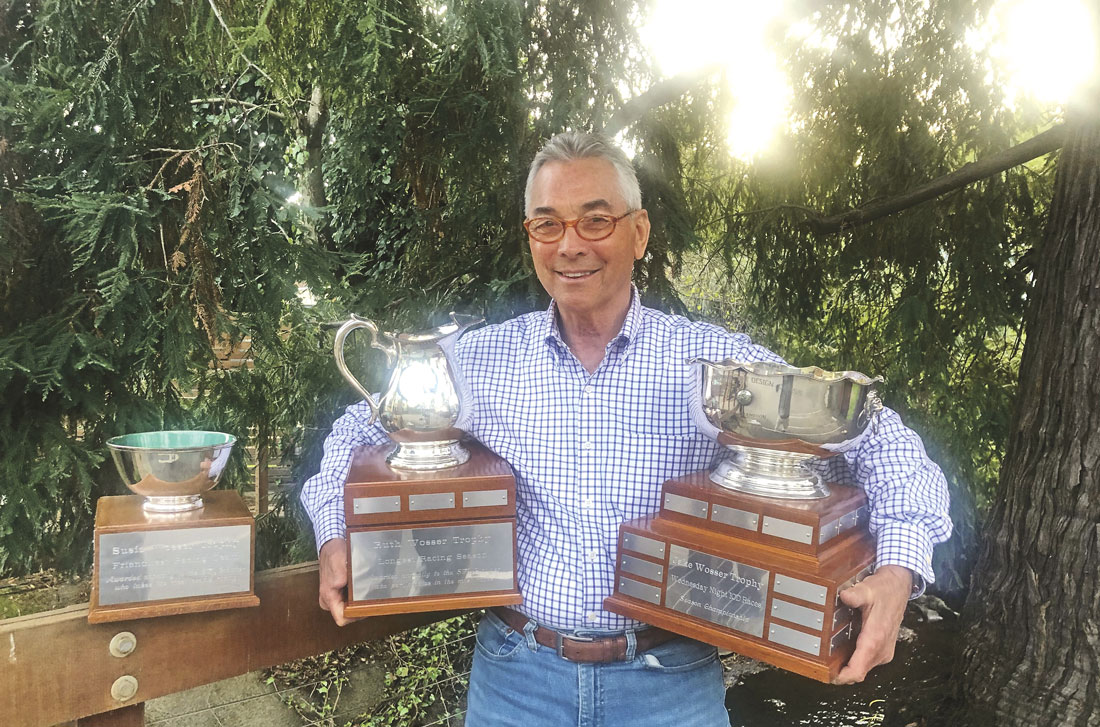 The Wosser Family Trophies are being offered by Latitude 38 to encourage growth in participation in Bay Area Racing.

With that thought, Ron went to work. He polished up the three trophies, had them remounted on handsome wooden bases, and with Ruth's guidance created a Deed of Gift, "For the purpose of honoring Jake, Ruth and Susie Wosser and encouraging friendly contests of yacht racing and seamanship on San Francisco Bay." The three trophies have been gifted by Ruth to Latitude 38 to award annually as follows:

The Jake Wosser Trophy honors the consensus fastest sailor on San Francisco Bay from the late '30s through the '70s. The trophy will be awarded annually to the winner of the largest one-design regatta on San Francisco Bay in that year. This could be local Optis, J/105s or a visiting regatta such as the Etchells or 5O5 Worlds. To attract the broadest participation, no class is eligible to win this trophy more than once in any 10-year period.

The Ruth Wosser Trophy, in honor of Jake's widow, will reward the boat owner who has competed in the most race days in any one year. All participants will need to register their races on a tracking form. This is to encourage participation by boat owners in as many races as possible.

The Susie Wosser Trophy will honor Jake and Ruth's daughter, who crewed with Jake and became a great skipper in her own right. This trophy will be awarded to the boat owner who takes the most people racing in any given year. This will encourage boat owners to invite as many new crew to come racing as possible. 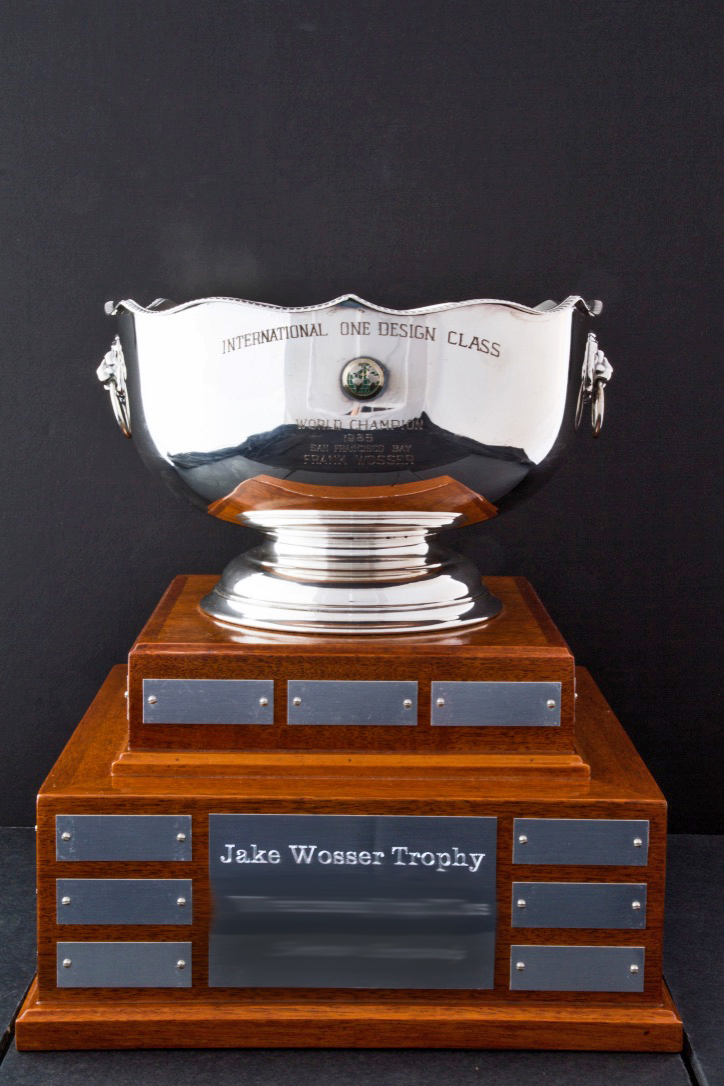 Jake Wosser Trophy: To the winner of the largest One-Design regatta held on San Francisco Bay that year. 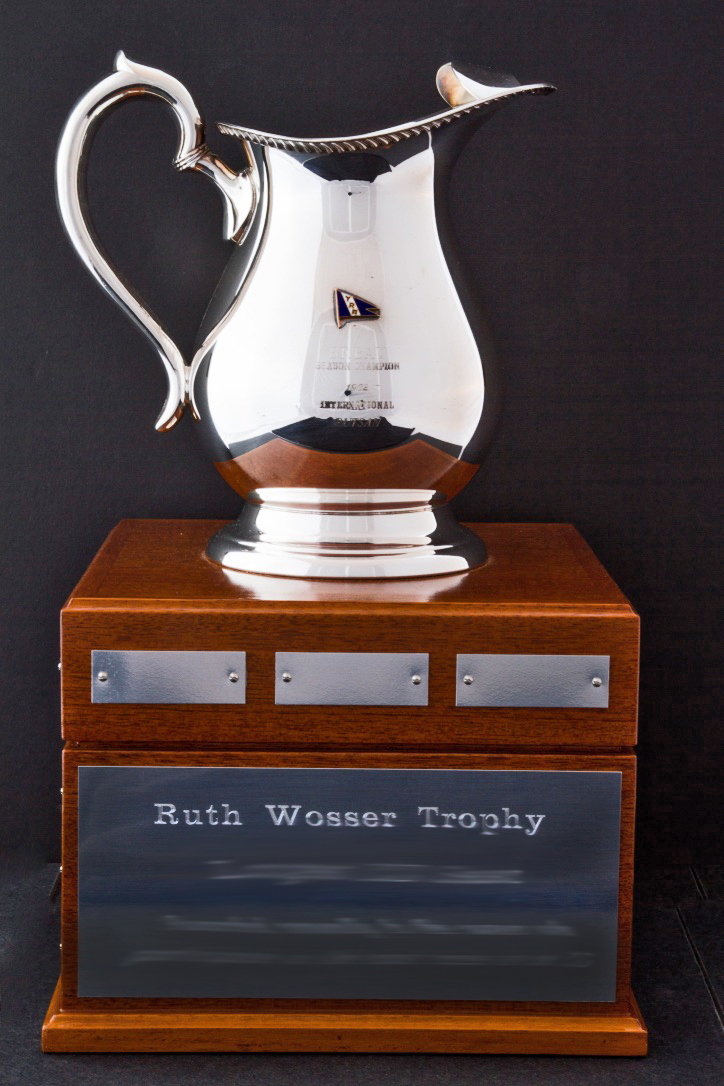 Ruth Wosser Trophy: To the owner whose boat has raced (or started) in the most individual YRA sanctioned or Coast Guard approved race days in a year. 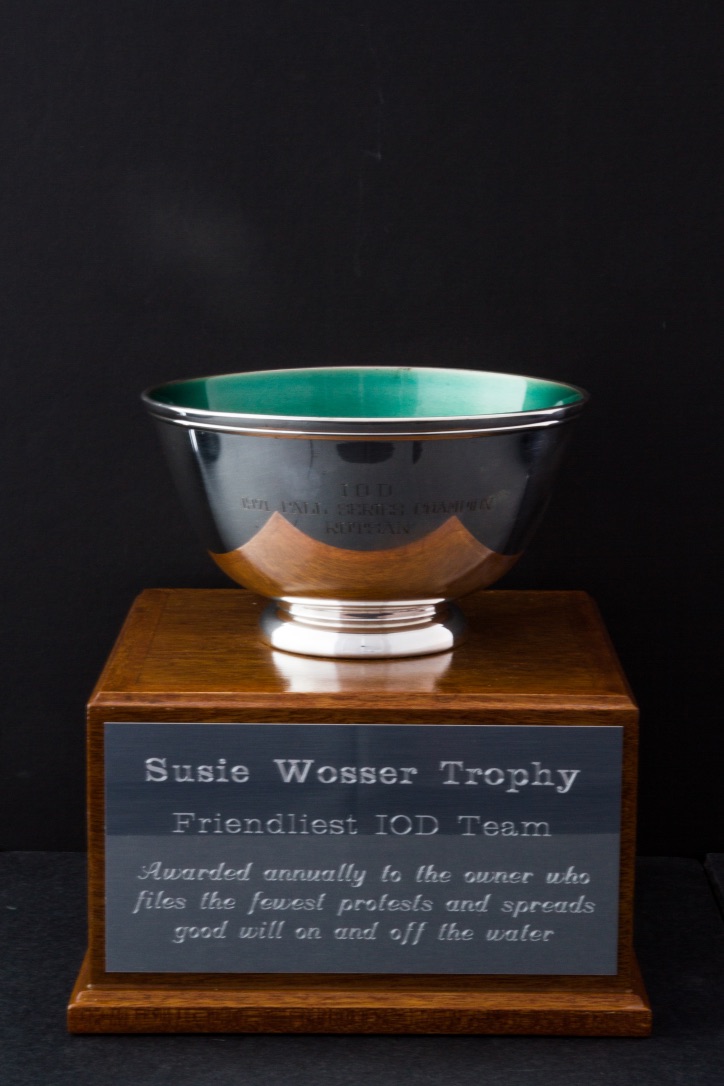 Susie Wosser Trophy: To the owner who takes the highest number of different people racing on his/her boat during a race on San Francisco Bay in that year.

For the purposes of these trophies, the 'season' will be from October 1 to September 30, so that the trophies can be awarded each fall at the annual YRA trophy ceremonies. Onboard as a panel of trustees are Hank Easom of San Francisco YC, Glenn Isaacson of St. Francis YC, and Fred Paxton of Richmond YC. Like Ron, they too want to support and encourage continued growth and participation in racing on San Francisco Bay.

Latitude 38 is excited to see initiatives such as this one take shape. We believe that more sailing and more racing on the Bay is a good thing for all who live here. And, we think that the Wosser Family Trophies will be a terrific way to reward participation by the most active sailors. Additionally, honoring the winner of the largest one-design regatta on the Bay in any year will recognize both the winner and the event-organizing club.

The start-up year will be 2020 — with a 'shortened course', since the season is already underway. These beautiful trophies were first displayed at the Golden Gate Yacht Club on Thursday, March 5, 2020 for Latitude 38's Spring Crew List Party. Come to the event to learn more, and prepare to fill your 2020 race schedule and roster for a shot at having your name engraved as the first winner of one of the Wosser Family Trophies.

While we were putting the finishing touches on this report, we lost Ruth Wosser at the age of 102. "On Wednesday, February 19, 2020, surrounded by family, centenarian Ruth Wosser quietly passed away in the Tiburon home that she and her husband Jake built with their own hands on the shore of Richardson Bay," writes Ron Young. "Back in the 1940s and '50s, Jake Wosser was such a legendary sailor, that Richardson Bay was known to local sailors as 'Jake's Lake'."

The Wosser Family trophy founders appreciate the support of the following individuals and clubs who will help administer and support the awarding of the trophies:

A panel of three Trustees was formed to administer this Deed of Gift and ensure the safekeeping of the trophies.

The panel shall consist of three long-tenured (20+ years) racers on San Francisco Bay (or their spouses) who agree to serve as Trustees. The following three respected and long-term racers have agreed to serve as the Inaugural Trustees:

The Trustees are empowered to select fifteen members of an Advisory Council to advise them on any scoring questions or issues that may arise. Advisory Council members are asked to serve for at least two and no more than ten years.

1. The current President of YRA of San Francisco Bay – Don Ahrens
2. The current Executive Director of YRA – Laura Paul-Munoz
3. A current Board Member of US Sailing – Richard Jepsen