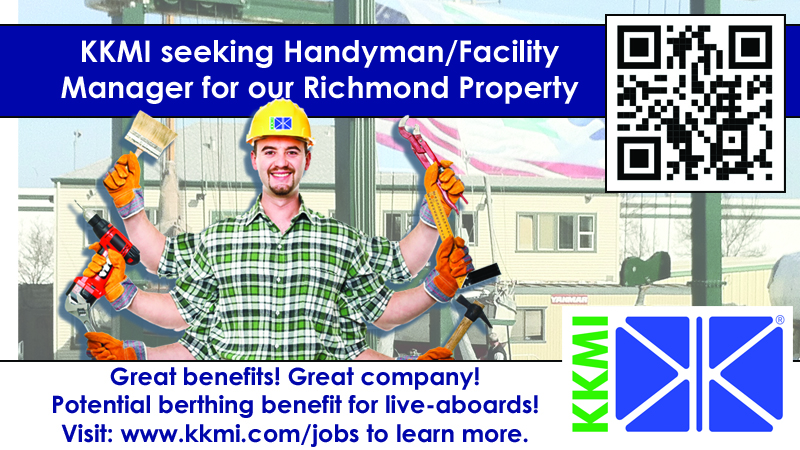 Receive emails when 'Lectronic Latitude is updated. SUBSCRIBE
'Lectronic Latitude: Friday, Apr 1
The Future of Bay Area Driving
San Francisco to Impose “Sailing Toll” for People Driving to Boats; Funds Will Subsidize Luxury Bay Ferries
In yet another attempt to both alleviate the Bay Area's worsening traffic congestion and bolster public-transit alternatives, the City of San Francisco is considering imposing what is being called a "non-essential-driving toll" that would include all manner of recreational activity — including people driving to go sailing.
Foiling for the Masses
SailGP Announces New Family Foiling Weekender
SailGP fans heard throughout the championship weekend that the future of sailing is foiling.
Get Your Hands on a Copy
April’s Latitude 38 Is Out Today – No Joke!
April's Latitude 38 is on the docks now full of stories from sailors out on the water, cruising various seas, and racing on the Bay.
Faster Isn't Always Better
The Incident We Didn’t See at SailGP
Spectators got to see more than just the big boats colliding when one boat got a little too close to another outside the SailGP exclusion zone.
Sailors Doing What Sailors Do
Sailagram: A Snapshot of March Sailing
Did you get out sailing in March? Judging from the number of submissions this month a lot of people got out sailing, and we could not be happier about it.
Sponsored Post
Download Division of Boating Waterways’ Pumpout Nav. App
Download the free app to find the closest participating sewage pumpout, dump station, and floating restrooms.
More 'Lectronics »
Report Listing