“No fog machine needed for this event!” wrote Greg Clausen of the Great Pumpkin Regatta. “Nice race — more wind next time please. This was taken from Cal 40 Highlander.”

A serious boat is going to naturally attract some serious talent and experience. Case in point: Flash back to two weeks ago, when Ron Holland and Commodore Tompkins were hosted by Alan Olson aboard the Matthew Turner. We would’ve loved to be a fly on the wall for this one.

San Diego Yacht Club took its second-straight Lipton Cup win over the weekend under skipper Tyler Sinks. “We just tried to sail our own boat all day,” Sinks said in a SDYC press release. “It was such a tricky race course that it was hard to be in the right spot, but I have such good teammates. They kept the boat moving the whole time and I just took orders all weekend. Having a good team really helped us pull it out.”

Maserati with the Hat Trick at the Rolex Middle Sea Race

Giovanni Soldini and his MOD70 Maserati were just awarded three prizes at the 39th Rolex Middle Sea Race: Multihull Line Honors, or the first multihull to finish the regatta, the Captain Morgan & MOCRA Trophy for the first multihull on corrected time, and the MTS Trophy for the first non-Maltese boat to cross the finish line. Maserati completed the 606-mile  Maltese regatta in 2 days, 11 hours, 54 minutes and 58 seconds, finishing one week ago today. PowerPlay, [Maserati’s] direct rival, took second place.

On Friday, we reported that Randall Reeves was near the equator and expected to cross soon. Lo and behold, he did!

“It happened while I wasn’t looking. Somewhere around 3 p.m. While my head was in a forward locker and Monte hummed softly at the tiller, Mo charged on across the equator, across the line, and didn’t tell a soul. “Señor, that we are successful at crossing the street on the way to the market is no reason to open champagne. We will cross many streets,” said “Monte,” Reeves’ wind vane.

“Sparkling wine,” answered Reeves. “And sure it is. We’re shellbacks. Not everyone can say that.”

Joke of the Week 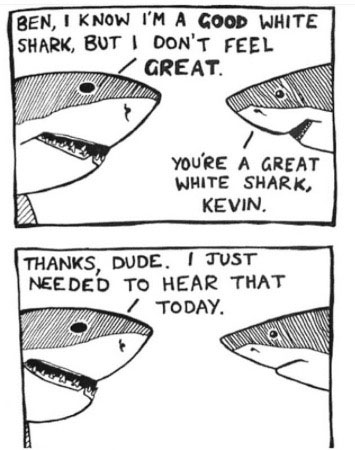 Receive emails when 'Lectronic Latitude is updated. SUBSCRIBE
'Lectronic Latitude: Monday, Oct 29
Baja Ha-Ha
The 25th Baja Ha-Ha Is Off with a Bang
Did you just hear horns blasting, fire hoses firing, and the sound of a mariachi band?
Sponsored Post
Ad: Save The Waters You Love
sailing trivia
Test Your Sailing Trivia Skills
There’s a whole lot of racing going on at Richmond Yacht Club’s Great Pumpkin on the last weekend in October, but it’s also one of the busiest regattas we can think of in terms of extracurricular fun.
San Francisco Bay
Midwinters and Turkeys Arrive with November
Midwinters Don’t be afraid, but here comes ‘winter. Not the actual calendar season — the winter solstice is still 53 days away — but the midwinter racing season.
More 'Lectronics »
Report Listing