Long Beach Firefighters smoked the competition in a series of four races at the Long Beach Yacht Club Heroes Regatta. Roughly two dozen first responders teamed up with coaches and club members for the sixth running of the one-design sailing event.

Competitors from Long Beach first-responder agencies were invited to the annual regatta,  raced aboard the Catalina 37 fleet. Following a morning briefing and chalk talk, the crews set out for a practice race, then three windward/leewards.

Long Beach Lifeguards made a splash out of the gate, winning Race 1 by just inches, hoping to defend their Heroes Regatta title of 2018. But after three races around the buoys, it was LBFD Station One in command, with a score of 5 points; with LBFD Station Four close astern.

The scorching weather may have given the firefighters an edge. Soaring temperatures inland sparked a stiff onshore breeze and classic Long Beach conditions prevailed, according to racing director Jess Gerry, who reported a “perfect” 8- to 12-knot breeze out of the southwest.

The fourth and final race used a 6-mile random-leg course from the inner harbor breakwater into Alamitos Bay, with the finish inside the harbor in front of LBYC. LBFD Station Four rallied and blazed ahead — winning the tie-breaker with LBFD Station One and the Heroes Regatta championship title.

Rick Brizendine, a coach aboard the victorious boat, said, “The firefighters were a joy to sail with. Each readily and willingly — and probably unwittingly — accepted the most challenging positions, including bow and helm.”

Of Kelvin McCaleb, recruited to do foredeck, Brizendine said, “Even a skilled bowman can make any number of errors in any one maneuver, but ours were almost flawless. Wade Haller on the helm really got the hang of driving and found the groove.”

But it wasn’t the first responders having all the fun. “We sail so often the competitiveness sometimes overcomes the joy,” Brizendine added. “Sailing with our local heroes brings the joy back to the sport. We’ve all participated in this regatta before and will do it again. There is no shortage of volunteers from LBYC when the call goes out to volunteer for the Heroes or Patriot (for active-duty military) regattas.”

The winning crew consisted of Kelvin McCaleb, Wade Haller, Chris Macy, Bob Piercy, Ken Mattfeld, John French, Blair Carty and Rick Brizendine. Race chair was Christina Mansour. A post-race reception was held on the LBYC pool deck, with burgers for the competitors and their families, coaches and race management. Three teams received Olympic-style medals, recognizing their Olympian efforts both on and off the course.

The San Francisco Bay Area Leukemia Cup has always been about more than raising a sail. Over the years, San Francisco Yacht Club created the most successful Leukemia Cup in the country, raising millions of dollars to support blood cancer research. Beyond the successful core fundraising regatta and gala, this year hosted by Corinthian YC on October 20, the event added other happenings to broaden participation and grow contributions to this important cause. This year, the Rock the Dock party hosted by the Golden Gate YC on August 17, the Perkins Corporate Challenge to be co-hosted by SFYC and St. Francis YC on October 19, and the fourth annual SUP Cup to be hosted by Cort Larned and 101 Surf Sports in San Rafael on October 26 join the regatta. You can learn about all of these here.

Larned is a lifelong waterman, one of the original windsurfing champions, and a founder of 101 Surf Sports in San Rafael and Redwood City. He’s also a 10-year survivor of mantle cell lymphoma. Cort was successfully treated at UCSF by Dr. Charalambos Andreadis with the help of the many advances in leukemia/lymphoma treatment supported by the LLS foundation and Leukemia Cup sailors locally and nationwide. He’s on board to make sure he and others continue to benefit from the care, generosity and research that continue to be at the heart of the Leukemia & Lymphoma Society’s efforts.

Following the Leukemia Cup Regatta on Sunday, October 20, Cort and crew invite you to ‘hoist a paddle’ on Saturday, October 26, to continue the fundraising and competition in the LLS SUP Cup. It’s limited to just 125 participants. Those who race in both the regatta and the SUP Cup can vie for the combined Waterman (person) award. The SUP Cup offers a 2-mile short course entirely on the protected San Rafael Canal and a longer 6-mile course out to the Marin Islands and back.

The San Rafael Canal is a pleasant little waterway just north of the Richmond-San Rafael Bridge. It’s home to several marinas and three yacht clubs: Loch Lomond, Marin and San Rafael. If you haven’t had a chance to explore it, this is a good opportunity to discover something you might have missed while racing past the Brothers on the way to Vallejo or zipping north on Hwy. 101 from the Golden Gate Bridge. Next month you can add the LLS SUP Cup to your fall good causes and challenges by signing up here. 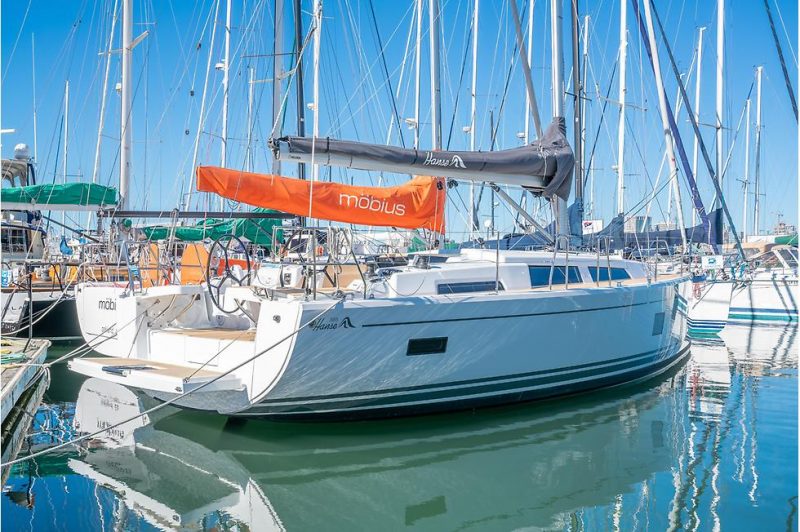 The new Hanse 388 is a cruiser that lets in more sunlight below deck than any other yacht in its class. A record number of portholes in the hull and on deck — and even alongside the companionway — flood the saloon with natural sunlight the whole day through. The well-structured, large cockpit and the generously designed deck spaces invite you to relax under the sun. Come aboard and discover more about this luxurious yacht. 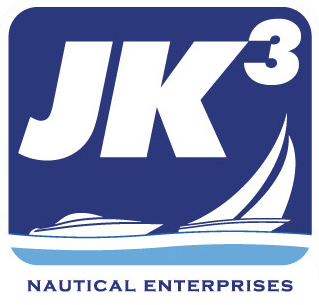 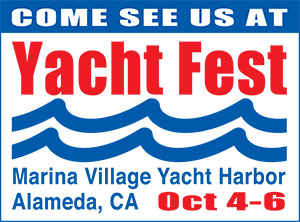 END_OF_DOCUMENT_TOKEN_TO_BE_REPLACED

Seventeen Mercurys raced for their class championship at Richmond Yacht Club on September 13-14. After a long delay on shore, PRO Fred Paxton got the fleet out for the first three races of this five-race series. John Ravizza, with crew Chris Boome, showed the same great speed that had helped John win the Huntington Regatta a month earlier. John was celebrating his birthday by leading all the way for a win in Race 1. The race was a single sausage with wind under 10 knots and a small chop. Race 2 was two times around, with the wind and seas increasing. Jim Bradley and Richie Burns had their best race of the series, leading around the second lap, only to lose to Chris Raab and Kenny Dair on the finish line.

Race 3 got underway late in the day, with the wind still holding around 10 knots. As the fleet reached the midway point on the run, the wind completely shut off. Chris Raab was leading at the time, but as the fleet bunched, everyone who was first became everyone who was last. Mike Burch with crew Greg Dair broke out of the pack on a small zephyr to take the lead. Mike attributed his success to his light-air telltales made from old Barry Manilow tapes. The fleet caught a tow back to RYC just as the sun was setting and the moon was rising. With three races in the books, Mike Burch, Chris Raab and Chris Messano were virtually tied for first place.

Saturday was a complete change in conditions. Fred Paxton had the fleet on the starting line early, hoping to get a race off before the wind got too strong. With wind of 18 knots and heavy seas, Chris Messano and crew Doug McLean took a big lead. Paxton could see the conditions were not favorable for Mercury racing. There were no major breakdowns, but a couple of boats returned to RYC. Unfortunately for Burch, a broken main halyard ended his day.

The RC went looking for lighter winds and smaller seas in Keller Cove, but before they could get a race off the wind started dying. Doing an excellent job searching out the best conditions, the race committee moved the fleet back to Southampton for the final race.

Dave West with crew Chris Krueger made good use of the left side of the race course and rounded the weather mark first, with class president Park Densmore and crew Tony Basso close behind. That’s the way it stayed for the second lap around this two-sausage course in winds of around 12 knots and reasonable seas (at least for Richmond). West went on to win, with Densmore second. Messano and Raab in third and fourth place were battling for the championship. To win, Messano needed to put a boat between them, which he almost did. But in the end Chris Raab and Kenny Dair took their seventh championship victory.

Winning the Jack and Jill Trophy for first male-and-female team was regatta chair Lyn Hines and his wife Odile. In the Silver fleet, newer members to the class, it was Chris Davis, fresh off a strong showing in the Millimeters Championship a week earlier, and Bob Shore. The fleet enjoyed racing with new members Charles McKenzie and Tony Chargin. It was also good to have Walter Smith and crew Peter Baldwin back in the class after taking time off to race Walter’s Cal 40 Redhead.

The race committee did a fantastic job in the most difficult of conditions, including everything from heavy winds and choppy seas to very light winds on smooth water. Five different boats won the five races, and the championship went down to the last 100 feet to the finish line in the final race. That is great Mercury racing!

Mark  Phillipps from RYC shot video on the first day and photos on the second day. The following weekend, the Mercury fleet headed over to the St. Francis YC for the Joe Logan Regatta on September 21. John Ravizza and Chris Boome won with two firsts and a second in three races. Check out Chris Ray’s drone video here. 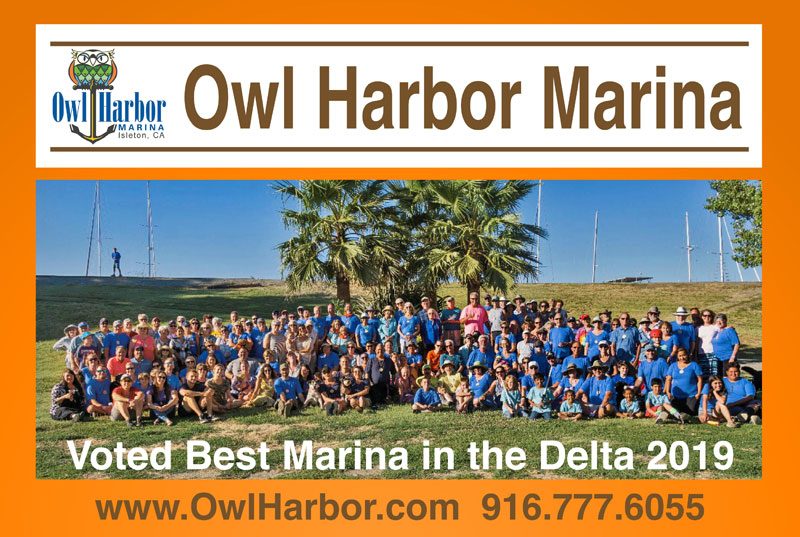 SHARE ON Tweet Share Email
Receive emails when 'Lectronic Latitude is updated. SUBSCRIBE
'Lectronic Latitude: Monday, Sep 23
Aussies Win Yacht Race
A Cool Million Awarded as SailGP Wraps Up
On Friday, the French press release called SailGP Marseille "Grandiose." The full headline translates to: "Grand. There's no other word to describe the spectacle delivered by the six SailGP teams in front of the Marseille seawall."
Musing on the Philosophy
Catching Up with Out The Gate Sailing and the Commodore
“I’ve gotten into some trouble by likening landfalls to orgasms, and I think that’s a very apt comparison in the sense that it’s fulfilling and it’s temporal and it comes and it goes quickly.
Cruising Adventure Courses
Go Coastal with Passage Nautical
Coastal Cruising Adventure Courses. Longer distances, night sailing, crew overboard skills.
Parting Ways
Malcolm Page Leaving US Sailing
"US Sailing and Malcolm Page announced that they have agreed to part ways. Page will be leaving US Sailing and returning to his home in Australia."
Light-Air Antics
When the Wind Goes Light
St. Francis Yacht Club's Rolex Big Boat Series is famous for its nuking, gear-busting conditions. It's an ideal race for muscle-bound grinders, adrenaline junkies and thrill-seekers.
More 'Lectronics »