“Paul brings over a decade of National Park Service superintendent experience to this new role,” said Regional Director Frank Lands. “His knowledge of working with park partners in urban settings, familiarity with maritime history, and focus on visitor experiences and historic preservation make him a great fit for this position.” 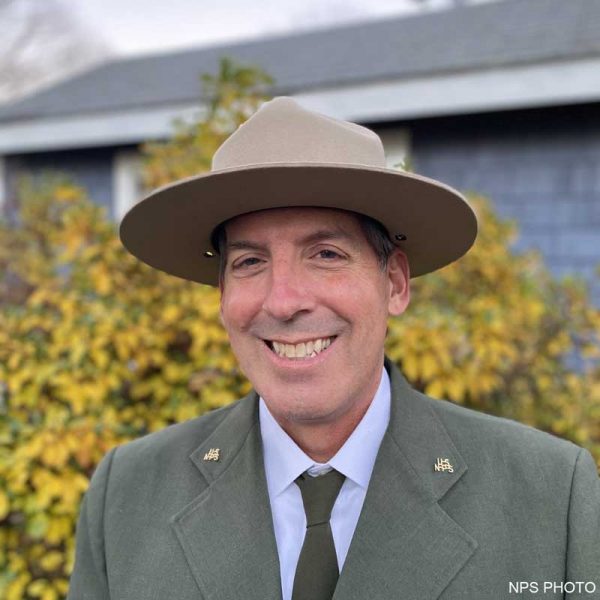 DePrey joined the National Park Service in 2001 as resource manager at Whiskeytown National Recreation Area and then at Joshua Tree National Park. In 2008 he became superintendent of Pearl Harbor National Memorial and oversaw the construction of a new visitor campus, renovation of the USS Arizona Memorial, and worked with the Japanese Cultural Center of Hawai’i to establish the Honouliuli National Historic Site on the island of O’ahu.

“It will be a privilege to serve with the many dedicated park staff and partners at San Francisco Maritime,” said DePrey. “The beautiful ships, the stunning setting, and the tremendous maritime museum collection all inspire my continuing love of the sea. I look forward to welcoming many new and returning visitors each year.”

Before joining the NPS, DePrey worked for the USDA Forest Service as an archaeologist in the Cascade Mountain Range of Oregon and Washington. He has worked for the USDA Office of the Secretary and the U.S. Fish and Wildlife Service supporting initiatives such as the Northwest Forest Plan, the Headwaters Land Exchange, the Presidential Forum at Lake Tahoe, economic development in the desert southwest, improving federal-tribal relationships, and promoting endangered species conservation.

Located in the Fisherman’s Wharf neighborhood, San Francisco Maritime National Historical Park offers visitors the sights, sounds, smells and stories of Pacific Coast maritime history. The park uses a fleet of National Historic Landmark vessels, over 100 historic small craft, a six million item museum collection, a visitor center, and a public research center to preserve and chronicle the lives of people who made their living on America’s maritime frontier. Learn more at nps.gov/safr

Receive emails when 'Lectronic Latitude is updated. SUBSCRIBE
'Lectronic Latitude: Friday, Mar 4
Could the Boat Have Been Saved?
Fishermen Angry After Another Boat Left to Wreck on Shore
While mourning the loss of one of their own, the Bodega Bay fishing community is angry at what they consider to be another unnecessary wrecked boat.
A New Kind of Post-it Note
Scan This Code and Go Sailing
Signing up on the crew list may just change your life. Printing and posting our QR code Crew List flyer may just change someone else's life.
Sponsored Post
SailGP — Mubadala United States Sail Grand Prix San Francisco
Get your tickets now!
2021 US Sailing Rolex Yachtsman/woman
Bay Area Women Finalists for US Sailing Award
Nicole Breault of San Francisco and Daniela Moroz of Lafayette are two of the three finalists for US Sailing’s 2021 Rolex Yachtswoman of the Year award.
Training on and off the Water
Continuing (Sailing) Education
"Calling all would-be, green, or rusty match racers of the Bay Area!"
Winners Are Grinners
Latitude 38’s ‘Biggest Fan’ Finds Golden Ticket
We love hearing from 'Latitude 38' fans, and it's even better when we find out they've won some 'Latitude 38' swag.
More 'Lectronics »
Report Listing