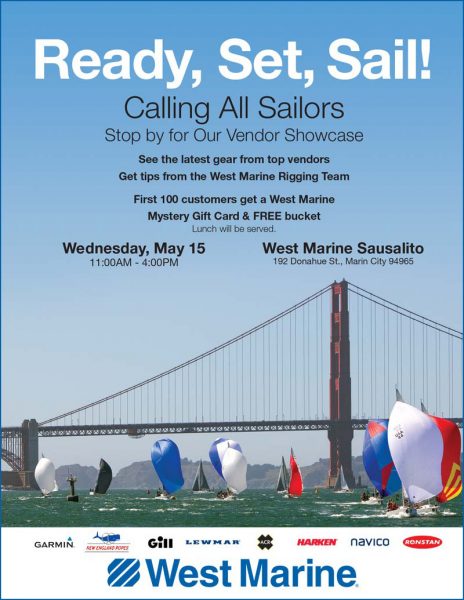 Receive emails when 'Lectronic Latitude is updated. SUBSCRIBE
'Lectronic Latitude: Monday, May 13
DIY Cruising
When the Keel Smiles, Part 1
“I don’t know how to tell you this,” my diver said after pulling himself up onto the dock.
Getting Rid of Flares
Collecting Flares in Alameda County
Recreational boaters who live or berth their boats in Alameda County will have the opportunity to properly dispose of their expired or unwanted flares on Sunday, May 26.
Coastal Cruising Rally
Plenty of Entries for the Baja Ha-Ha
Every year the Grand Poobah of the Baja Ha-Ha expects there to be a big drop-off in the number of entries. "With more than 3,000 boats having done it in 25 years," he says, "it would seem that at some point we'll run out of sailors who haven't done it or who have continued on to the South Pacific and never come back."
More 'Lectronics »
Report Listing