While Easter Island in the South Pacific is one of the world’s most remote inhabited islands, Angel Island is one of the world’s nearest (practically) uninhabited islands. We took advantage of a fair forecast and sunny Easter weekend weather for a Saturday escape to Angel Island. It was a popular idea. We left early to land a coveted slip, knowing the docks would likely fill up. We also were reminded that the last time we were there during a break in winter rains, the outer row of docks was closed, having been separated from the first row by rough winter weather. It was good we left early. The still-attached, accessible docks filled up quickly, and the frequent ferries packed the island with kids and crowds all ready to shake off the winter rains.

We paid our $15 for the use of the slip for a day and asked the attendants at the kiosk when/if the docks were going to be fixed. The word is “soon.” With the sun out, summer weather returning, and the large number of boats we saw cruising in and right back out, we know sailors are thinking “soon” won’t be soon enough. It’s time to get that dock fixed!

Shoreside was just as busy, with ferries picking up and dropping off at the public pier, a band playing at the snack bar, tourist trolleys taking visitors on island tours, bicycles heading off on the paths, and most picnic tables and BBQ spaces occupied by sailors and ferry riders taking advantage of one of our few Bay Area island escapes.

With the docks chock-a-block full of sailboats, it was like a yacht club race weekend. We bumped into friends from around the Bay. David Janinis from Berkeley Yacht Club sailed over on his Etchells with Paul Kamen and friends as crew. Jim Quanci and crew were there with the Cal 40 Green Buffalo. Jim Haussener pulled up with friends aboard an S2 out of Tiburon YC.

Another boat we’ve always admired, with its Easter-egg-colored deck, is Tom Lovering’s refurbished 1976 Islander 34 Puffin. As Tom explained, the name is appropriate because, just like the bird, it is small, squat and colorful. He went on to say, “Like many boats of that era (think Westsail 32), it was a kit boat with the interior being finished out entirely in teak by the prior owner, a good friend of mine who was a cabinetmaker. Next time we run into each other please check out belowdecks.”

“I have owned the boat since 1987. In 2015, when it was 39 years old, I completely refinished the boat in the Berkeley Marine Center yard. I repowered with a Beta Marine 20hp diesel, replaced all the windows, and installed all new running rigging. The decks and cabin sides were refinished with Sea Foam Green Awlgrip, and the nonskid is KiwiGrip that I tinted to match. I did all of the work with the exception of spraying the finish coat. Cree at BMC had no sense of humor at the thought of me with a spray gun in his yard. Go figure.” Tom, who sails out of Brickyard Cove, went on to explain why he loves the Puffin as a perfect Bay boat. “She’s big enough to have reasonable, simple, comfortable accommodations, yet small enough to fit anywhere and easily get out for a sail.”

We were helping Tom back out of his slip at Angel Island with some difficulty, when we noticed that a bow line still tied to the dock was hindering our efforts. Once we removed that, backing out of the slip became much easier! We might have given Tom a harder time, but we’re too often reminded of our own lapses. In fact, just the night before, as we headed out for the Corinthian YC Friday Night Race, our backward progress from our slip ended suddenly when one of our unreleased docklines pulled taut. There was no one to blame but the skipper.

With Opening Day and another sunny weekend ahead, we hope the Park Service solves the dock issue sooner than soon. For an overpopulated region, Angel Island remains one of the Bay’s best day trips. Even with the full inventory of docks available, it is often hard to find a slip for a daytime getaway. We look forward to seeing you out there.

As you read this, a handful of 2019 Pacific Puddle Jumpers have officially arrived in the South Seas. But the bulk of the 110-boat fleet are still a few days out. They should be descending on the Marquesas in droves in the next week or so. For those of us sailing armchairs (hey, somebody has to hold down the fort), it’s been great fun following them as never before on the new-this-year Yacht Tracker on https://cruisersat.net/net/ppj2019.

A unique aspect of the PPJ has been the informality of the event. This is cut-off jeans cruising at its most laid-back. The only thing everyone shares in common is the destination: French Polynesia. But there is no set date, and no set place, for departure. Boats can leave anytime between February and early June. The most common departure ports are Banderas Bay in Mexico and Panama, but boats this year left from as far north as San Francisco and as far south as Chile.

Keeping track of it all has been challenging for longtime organizer Andy Turpin. (His other hats include former Latitude 38 managing editor, current editor-at-large, chief cat-herder and helluva-banjo-player.) Fleet comms have typically been handled by volunteer radio net controllers who set up check-in procedures. There are still some SSB/Ham-equipped boats out there, to be sure. But more and more boats are going more modern with high-end systems like Iridium GO!, Garmin InReach and so on. That’s why the ’19 fleet organizers adopted the services of CruiserSat.net.

All participating boats (you don’t have to take part, but most boats are) have their positions and tracks displayed on a PPJ-specific page, and by clicking on each sailboat icon, another page comes up noting the boat, and any blog entries. (A separate page lists all boats making log/blog entries. Click on the icon there to go back to the chart.)

All told, it adds an extra measure of safety and security to the fleet, and for the first time allows folks back home to keep closer track of family and friends out sailing the Big Blue.

Speaking of which, according to the tracker, ‘Banjo Andy’ Turpin, his lovely wife Julie, and crewman Craig — sailing the Turpins’ Cross 42 trimaran Little Wing — last checked in at 0° 41.455’ N 129° 51.420’ W — closing in on the equator. The latest report from onboard: “All is well aboard Little Wing. Craig is doing his laundry in a blue bucket. We are moving well with the good steady breezes and able to stay on a southerly course through 1° latitude. Bouncy, bouncy, and the waves pound the underside of the amas. Went through a few squalls last night.” 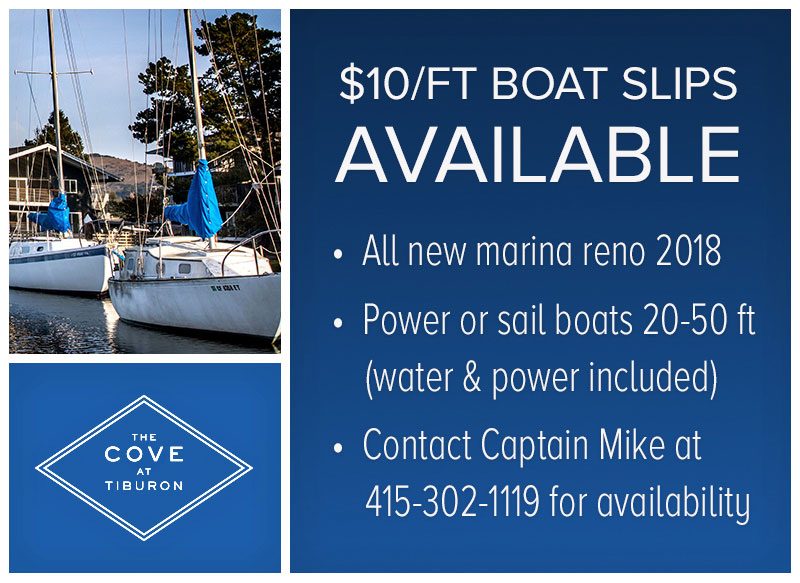 What’s that? You didn’t realize it was Earth Day? (Some of you might even be asking, are they still doing that?) What with Easter and that peculiar “cannabis holiday” on April 20, the urgency of and attention to Earth Day get lost in the mix, which, sadly, is an apt allegory of environmentalism in the current zeitgeist. 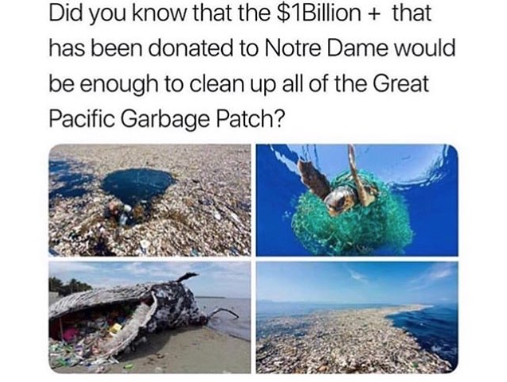 But fear not! Earth-minded sailors are on the job.

Formerly the Volvo Ocean Race, the newly rebranded The Ocean Race “is building on its position as the sustainability leader in global sport by announcing a visionary partnership with 11th Hour Racing — the largest of its kind in sport,” a press release said.

“The legendary round-the-world sailing event and its premier partner will focus on a broad range of initiatives to promote the restoration of ocean health, embedding sustainability in all event operations.”

And who says environmentalism isn’t sexy?

As part of initiatives, The Ocean Race will:

— “Work with experts and sailing teams to explore the use of state-of-the-art renewable energy systems onboard the IMOCA 60 and VO65 classes during the next edition of The Ocean Race in 2021.

— “Inspire school children around the world to take action for the ocean through a multi-lingual, curriculum-based, education program, to be released in May 2019.

— “Continue the powerful science program developed in the last Ocean Race, which gathered critical oceanographic and microplastics data, and examine ways that all teams are able to participate in this groundbreaking research.

— “Inspire millions of Race Village visitors with the possibility of a sustainable world through interactive experiences at each stopover.”

And as long as we’re on the topic — what does Earth Day mean to you? Do you mark the occasion with any particular rituals? Do you write letters to your representatives in Congress? We’d like to know.

The foiling cats return to San Francisco Bay as SailGP’s first-ever US-held event is set to ignite the waters of San Francisco Bay. On May 4-5, six national teams will fight for supremacy aboard identical, supercharged 50-ft foiling catamarans capable of hitting 50 knots. Over the two-day event, spectators will witness five fleet races and a final match race on a short-format, inshore course.

At this month’s Pacific Sail & Power Boat Show in Richmond, show visitors were invited to sign up at the Latitude 38 and Summer Sailstice booths for a chance to win weekend passes to this inaugural and awe-inspiring event.

Piyush Arora, and Michael Law are two very happy winners after learning their names were drawn for second and third prize. Michael was the first to respond and is beyond excited, particularly after having a firsthand view of the boats the day before.

“Wow! This is great! I just met Justin yesterday and had a tour of the pits in Alameda. I am so happy to have the opportunity to be able to view the event. Thank you.”

Second-prize winner Piyush Arora also won a seat on San Francisco SailGP’s official spectator boat, and will watch the race from a privileged position on the racecourse perimeter. Piyush says SailGP will be a great promotion for sailing.

“Watching the pros do it is always amazing. Combined with high speeds, Bay Area conditions and a potential for disaster, it definitely makes for a good spectator sport. I am glad we have an opportunity to witness a world class event here in San Francisco.”

Established in 2018, SailGP aims to be an annual global racing event which takes place in some of the world’s most iconic harbors. As the SailGP season progresses, accumulated points determine the two top teams that will go head-to-head in the final, winner-takes-all match race for the title of SailGP Champion and a $1 million purse and trophy.

One remaining prizewinner has yet to respond, and has until 5 p.m. today to do so. Is it you? Let us know. The final prize will be redrawn at 9 a.m. on Tuesday.