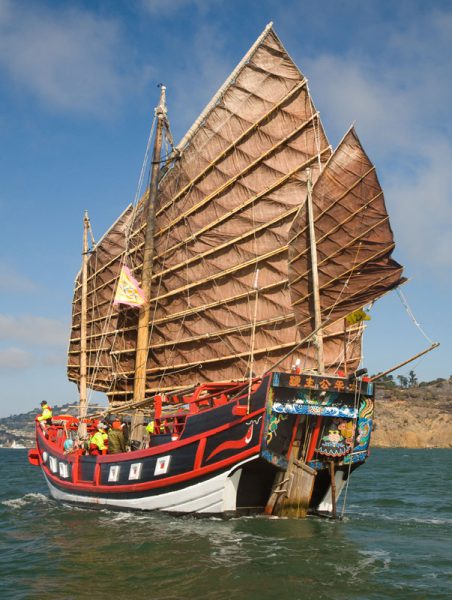 Princess Tai Ping, the 54-ft Chinese junk that visited the Bay Area last October, was run down by a freighter off Taiwan on Sunday. Thankfully, all 11 crew, including three Americans, survived with mostly minor injuries. More » 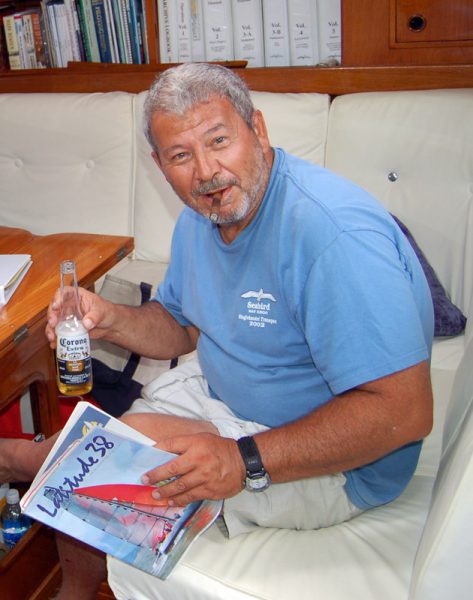 "I, like the Grand Poobah of the Ha-Ha, need to go to Mexico to retrieve my boat in Puerto Los Cabos and bring her back to San Diego prior to the June 1 start of hurricane season," writes Lou Freeman of the San Diego-based Swan 51 Seabird. More » 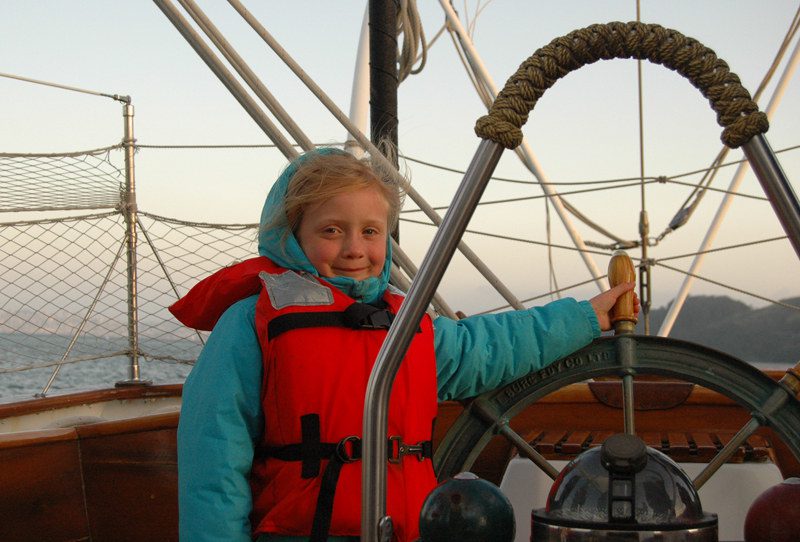 Okay, so we know it looks like we just told Katinka Kieliger to stand next to Seaward’s wheel, but you better believe it – this girl can drive! She took the helm for a solid 20 minutes and only gave it up when we pulled into the dock. More » 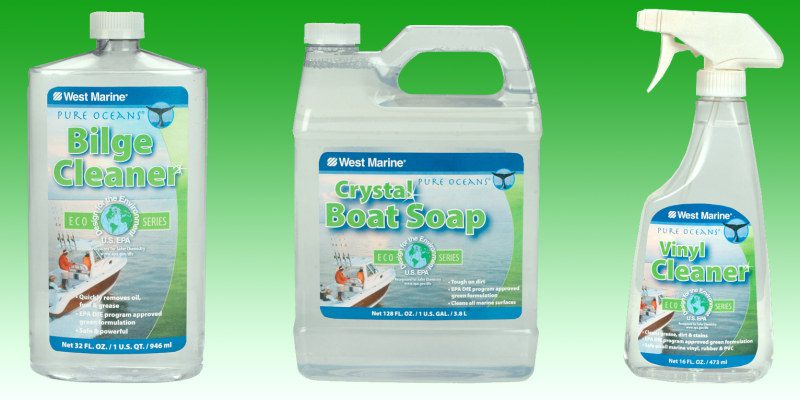 Be good to your boat, and be good to the environment with West Marine’s new Pure Oceans Boat Care Products. © West Marine West Marine is proud to introduce our new Pure Oceans product line, a selection of boat care products specifically formulated to be kinder to the environment while delivering equal performance to less environmentally-friendly formulas. More »
Stephen Szukics (foreground) and James Winningham were looking for adventure. They found it. © 2009 USCGC Sherman When Stephen Szukics’ dockmates at Loch Lomond Marina in San Rafael heard that the 55-year-old was planning to take his 55-ft wooden Baglietto powerboat Black Pearl to Texas via the Panama Canal, they tried to talk him out of it. More »

Mother’s Day is hurtling toward us at lightning speed, and what better gift for Mom than something pretty from Latitude 38‘s online chandlery? Flowers are soooo 1982 and candy will just make her feel fat afterward. More » 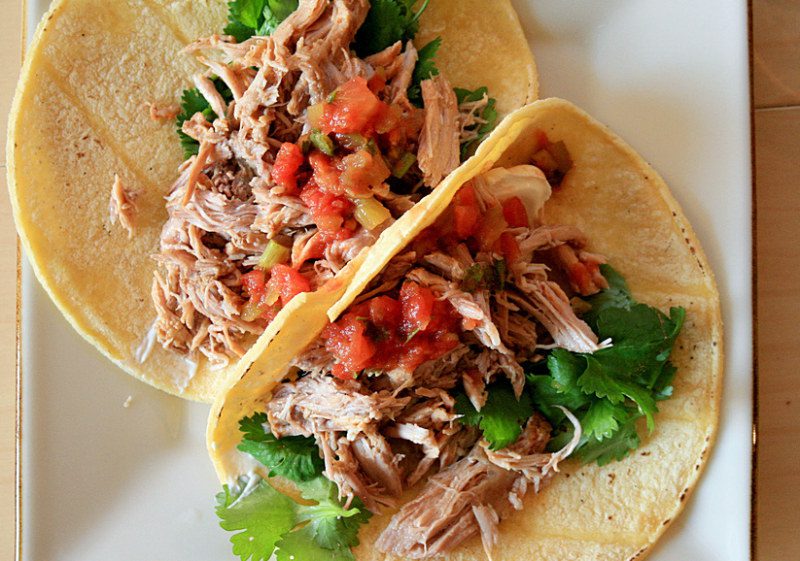 It’s nice to know that the new and sometimes deadly swine flu — which is a combo of swine, avian and human flu — that started in Mexico was nice enough to not get going until the cruising season in Mexico pretty much ended. More » 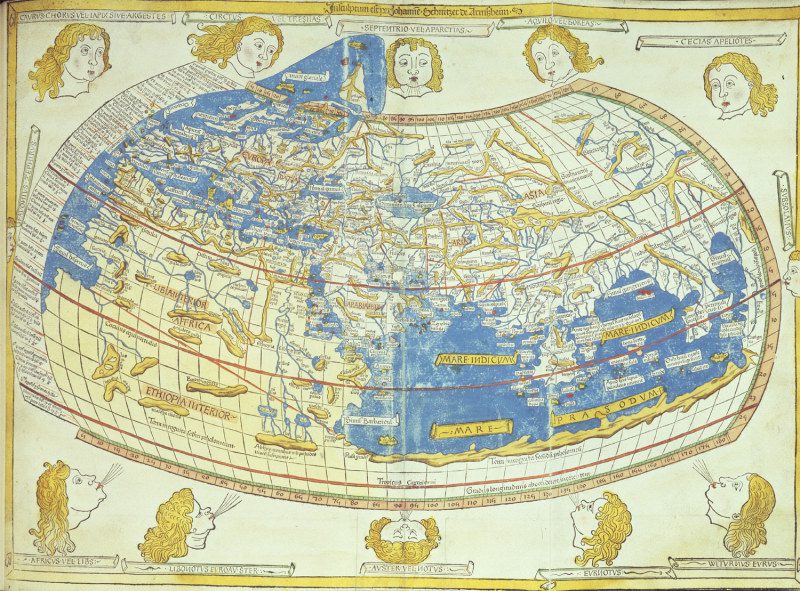 Ol’ Ptolemy’s maps contained a bit of mis-information, but considering what he had to work with, they are truly amazing. © 2009 Webb Logg With modern technological advances impacting virtually every aspect of our lives these days, it’s easy to take many of them for granted. More » 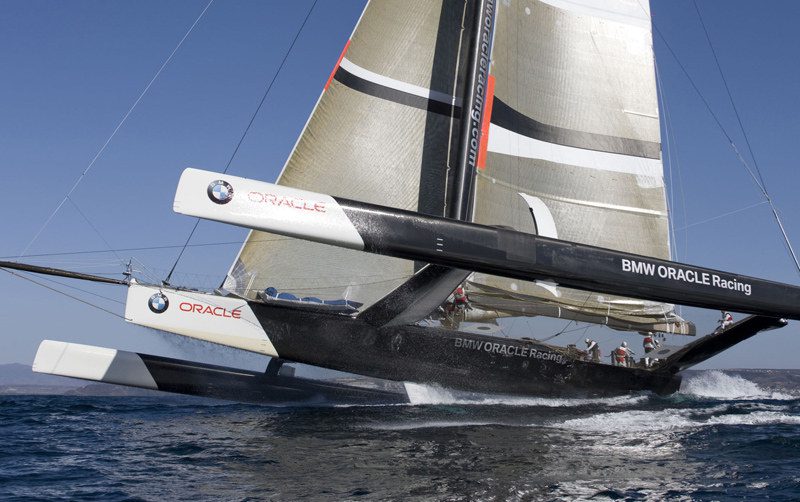 What almost appeared yesterday to be a ‘final decision’ now looks like the bell for just one more round of America’s Cup legal boxing. Earlier this month, the New York Appeals Court ruled that BMW Oracle Racing and its home yacht club, Golden Gate YC, would be instated as the Challengers of Record for AC33, and that the ‘paper’ club, Spain’s CNEV — which was hastily created after the last Cup race to insure the event would stay in Valencia — was out. More » 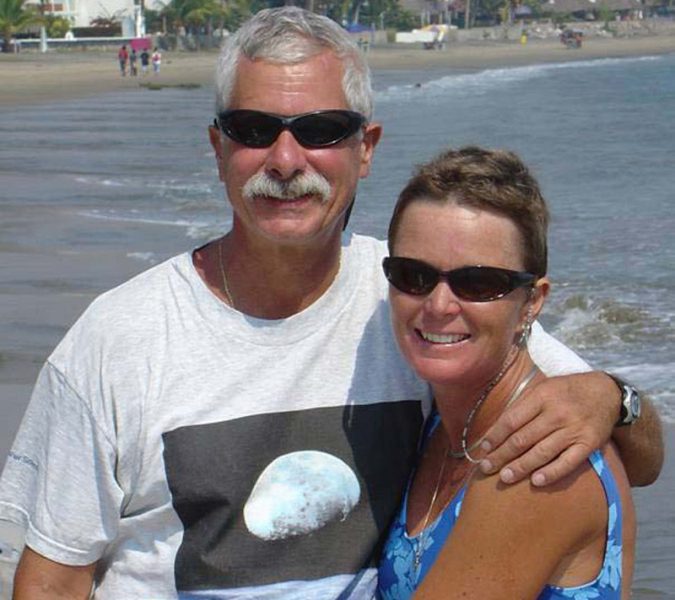 Five years ago Philip and Leslie escaped the rat race to pursue a simpler lifestyle. And they have no regrets. Carina
©2009 Latitude 38 Media, LLC In recent years, more and more Pacific Puddle Jumpers are crossing to French Polynesia via Ecuador and the Galapagos than ever before — what we call taking the southern route. More »
Receive emails when 'Lectronic Latitude is updated. SUBSCRIBE