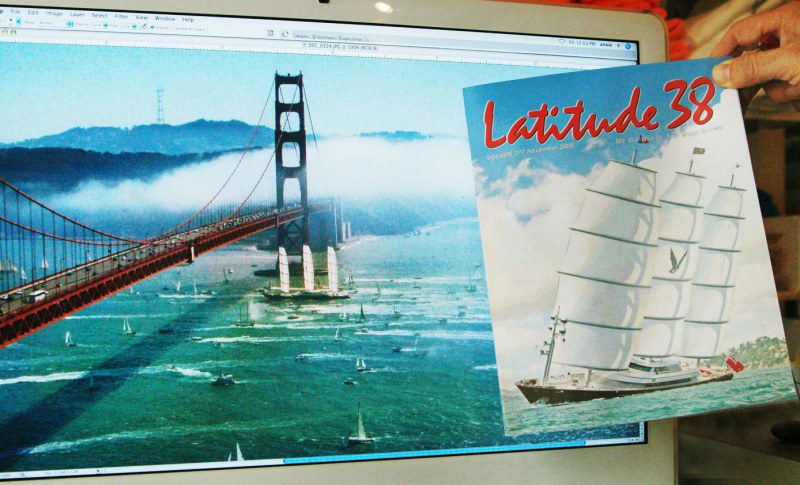 The November issue of Latitude 38 hits the streets today. In it you’ll find all sorts of treats, from full Maltese Falcon coverage to cruising Prince William Sound on a small boat to college sailing. More » 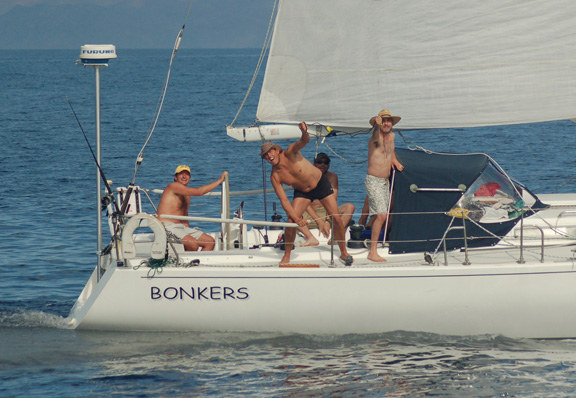 When the wind went light, some crews amused themselves with mischief – such as launching water balloons at the Rally Committee. latitude/Andy
© Latitude 38 Media, LLC As you read this, members of the 15th annual Baja Ha-Ha cruisers’ rally have arrived at the sleepy fishing town called Bahia Tortuga — Turtle Bay — which lies roughly 360 miles south of the San Diego starting line. More »

As you know, Governor Schwarznegger signed a new state budget at the end of September. As most boaters will probably also know, in addition he signed a bill that once again killed the so-called 90-Day Yacht Club. More » 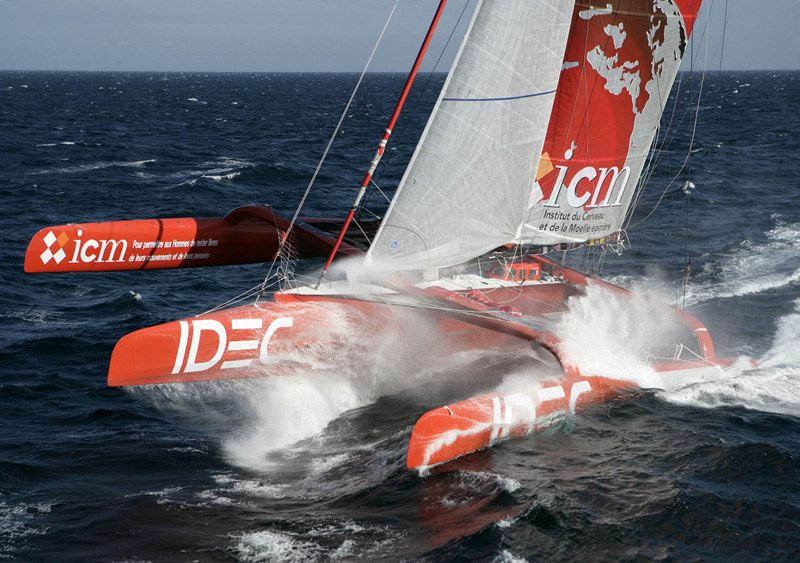 Joyon is building a cushion of time on his Route of Discovery record attempt. © 2008 JM Liot/DPPI/IDEC Only a day and a half into his attempt on the singlehanded Route of Discovery, Francis Joyon is nearly 120 miles ahead of the current record’s pace. More » 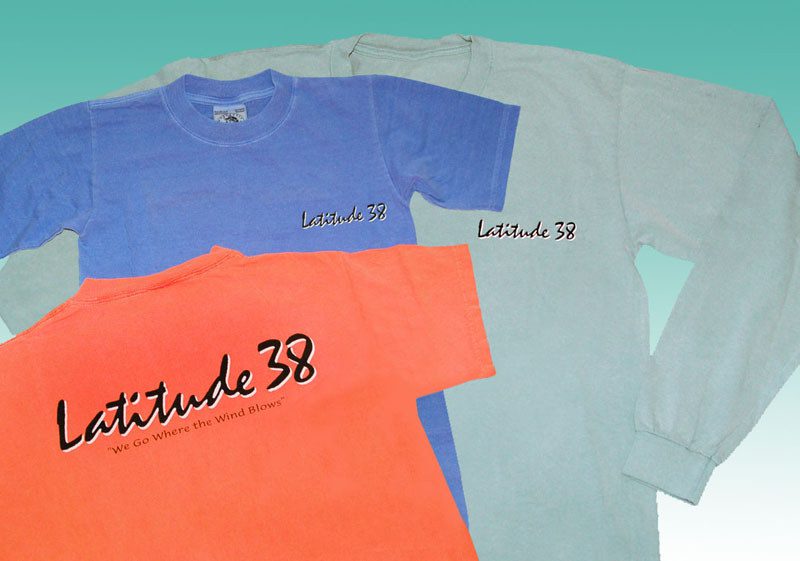 What better way to remember summer than by wearing hot Latitude 38 logowear? We just restocked our shelves, including T-shirts in our signature color Salmon as well as the very popular Periwinkle (that would be "blue" to dudes). More »

Have you always wanted to see your photo, or one you’ve taken, published in Latitude 38? If you caught any of Saturday night’s party at Richmond YC’s Great Pumpkin Regatta in your viewfinder, this may be your chance. More » 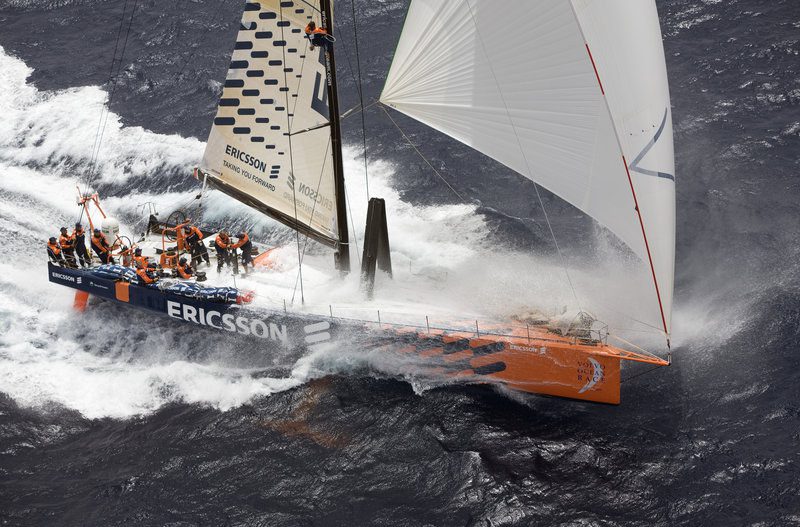 Ericsson 4 set a new monohull speed record today. © 2008 Oskar Kihlborg/Ericsson Racing With a new generation of Volvo 70s racing around the globe in this year’s Volvo Ocean Race, the consensus had been that the 24-hour monohull speed record set in the last edition would fall — it was only a question of when. More » 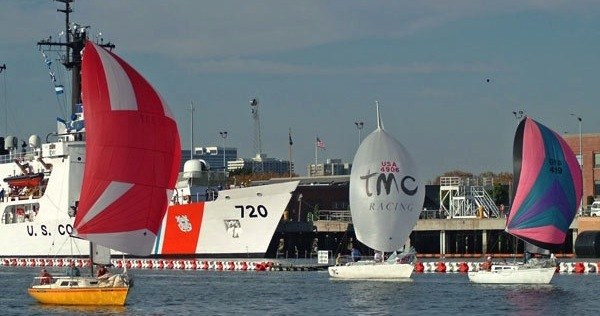 Island YC’s Jack & Jill + 1 race will be held this Sunday afternoon on the Estuary. The race is the final event in the Latitude 38 Women’s Circuit so if you want a crack at the tiara, get out there for a great day of sailing. More » 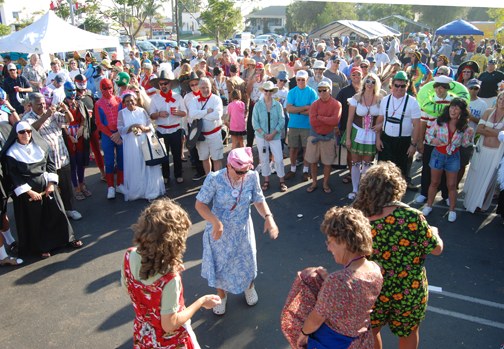 The Ha-Ha festivities started with Holly Scott and her Desperate Housewives crew on the Cal 40 Mahalo dancing up a ’50s style storm. latitude/Richard
©2008 Latitude 38 Media, LLC It was foggy this morning in San Diego, but the sun made an appearance for the 11 a.m. More » 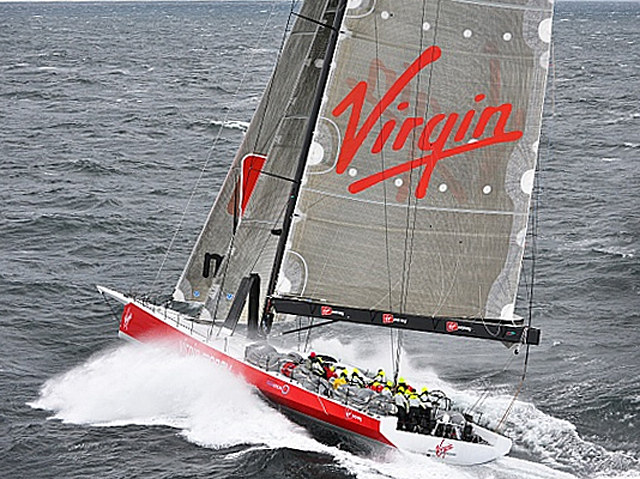 Only two days into an attempt on the west-east transatlantic record, the crew aboard Richard Branson’s 99-ft Virgin Money is diverting to Bermuda and calling it quits after enduring wind into the 50s. More »
Receive emails when 'Lectronic Latitude is updated. SUBSCRIBE
Report Listing